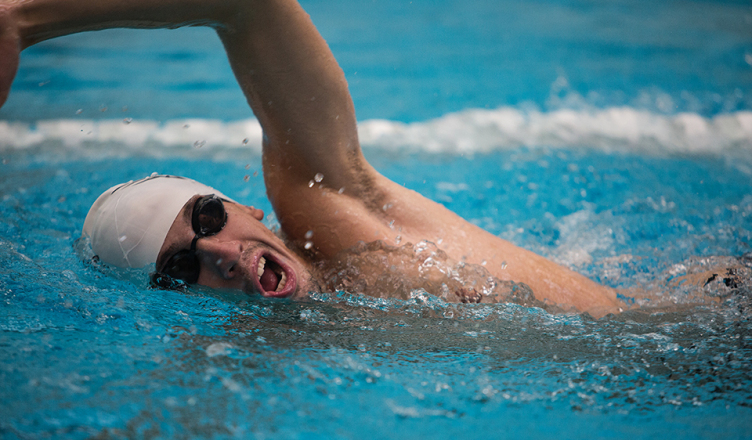 Towson finished first overall in both the men’s and women’s events in the Bucknell Invitational at Kinney Natatorium the weekend of Friday, Nov. 17.

The three-day meet was the Tigers final competition of the 2017 calendar year. Several Tigers on both sides advanced to the finals or took first place in their respective events.

“There were a lot of new entries into our top-10 lists,” Head Coach Jake Shrum said. “It’s always exciting for us.”

The women’s team also won the 400 freestyle relay as seniors Kendall Krumenacker and Caitlin Manthe, along with junior Ryan Ulrich and Schnoor finished with a time of 3:24.68.

The first day of competition saw both the men and women establish early leads over the other schools, with both teams taking eventual victory by the end of the invitational to complete its title defenses from the previous season.

Jehl won the three-meter diving finals by posting a score of  287.45, and the team of Icard, Schnoor, sophomore Megan Cowan and junior Amanda Rosa took first in the 400-yard medley relay with a time of 3:45.84.

“To be this fast at this time in the season is a great sign for us,” Shrum said.

The teams have about a two month break from competition before the next meet on Saturday, Jan. 13, when they head to Philadelphia to take on Drexel and Seton Hall.

“Both teams have done a great job improving throughout the season,” Shrum said. “I’m really happy with where we are.”