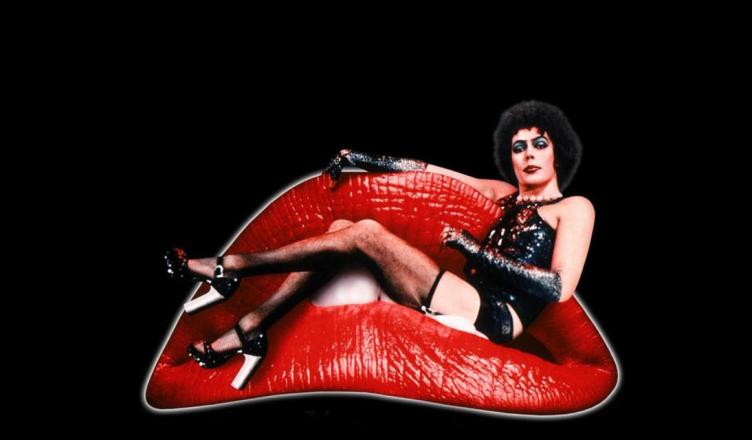 The audiences in Paws on the nights of Nov. 9 and 10 screamed as they watched Dr. Frank-N-Furter strut across the stage and caress Rocky’s body. The same scene had unfolded on Paws’ stage many times before, but this time was different. With more energy and unapologetic confidence showcased than ever before, Actors Anonymous’ 2018 rendition of The Rocky Horror Picture Show gave the traditional performance a sense of newness.

Actors Anonymous, a student-run acting group at Towson, produces musicals, plays and other theatrical events each semester. The Rocky Horror Picture show is traditionally held every other year.

“This show has been going on way before I was even a club member,” said Molly Mendelson, president of Actors Anonymous. “It’s really about finding yourself and being comfortable in your own skin. You get a feeling like you belong even in places where maybe you wouldn’t normally feel like you belong. We get a lot of freshman with our fall shows, so I think that’s such an important message when you’re starting out in college to have that sense of belonging.”

Jacob Sanchez, a sophomore at Towson University, played the role Dr. Frank-N-Furter, a mad, alien scientist from the planet Transsexual. Sanchez walked the stage in a dazzling scarf, corset, fishnets, and heels, that seemed to awe the audience.

“Doing this as a man is even more uncomfortable,” Sanchez said. “I was fortunate that my cast was extremely supportive and made me feel comfortable in the lingerie and heels. But now I’m not afraid to go out on stage wearing nothing but some lace. It felt empowering.”

“The guy who played Dr. Frank was incredible, and his confidence was through the roof,” Bregman said. “I can’t even walk in heels like that.”

Sanchez is an acting major at Towson and has been a part of Actors Anonymous for two years. He was influenced by his best friend during freshman year at TU, who told Sanchez the club was a great way to get his name out there. After Sanchez saw “The Rocky Horror Show” film, he knew he wanted to be Dr. Frank-N-Furter.

“The Rocky Horror picture show was so hated by audiences,” Sanchez said. “Now it has a cult following with certain call-outs and things to shout at the actors; it’s an amazingly unique show. I’m so glad that we were able to put on this production.”

Kasie Lerner, a senior at Towson, had the opportunity to play Janet Weiss, a virgin who is recently engaged to her lover, Brad. After entering a spooky mansion, she is seduced for the first time by Dr. Frank-N-Furter, increasing her desire for sex and longing for the scientist’s hot invention, Rocky. Throughout the show, Rocky continues to tempt her into sex.

“I definitely hit a point in the rehearsal process where I didn’t feel ‘sexy’ enough to do this show,” Lerner said. “It was really hard for me to take myself seriously. But this show almost forces you to accept yourself as you are and realize that everyone looks good in lingerie and dramatic eyeshadow. There is just a lot of body positivity that runs in the show and with our cast.”

Carly Hufford, a junior at Towson, spoke on her enjoyment towards the show Friday night.

“My roommate encouraged me to see this show,” Hufford said. “And I thought, ‘Why not? It seems like a fun thing to do on a Friday night.’ This is so much better than the film. I really like sitting up close so you can see the actors run by and get a good look at their costumes.”

Actors Anonymous encourages any TU students with a love for acting or theatre to join the club, regardless of their major.

“Actors Anonymous is the best way to establish a family in college,” Lerner said. “The members of this club are so supportive and accepting and truly love each other.”