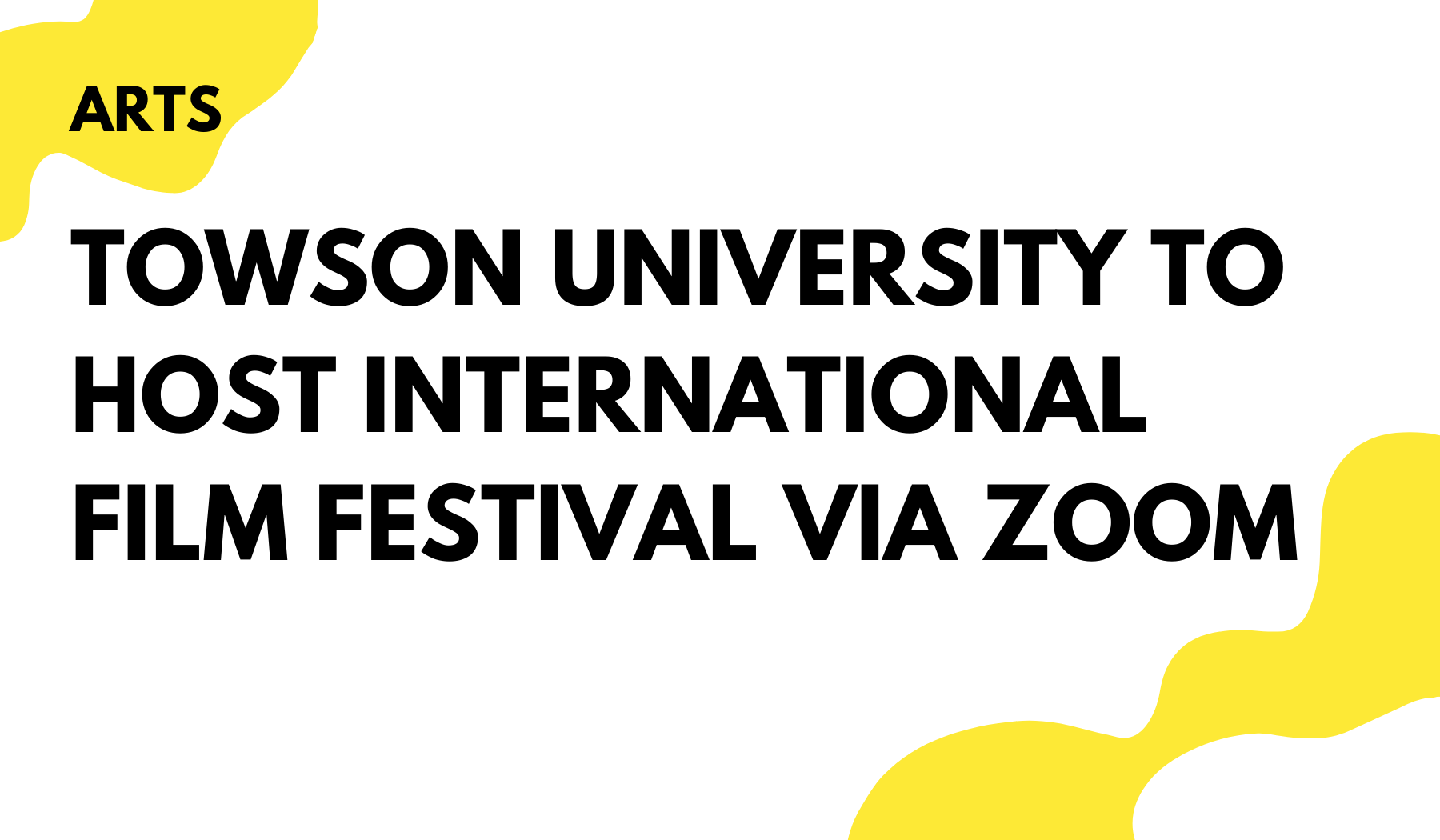 The event is in partnership with Mozambique, Latvia, Mexico, Japan and Egypt. Each film represents each designated country through images and sounds. The embassies personally selected the films that best represent their country. The films that the festival is screening are “On the Front Line” (2018),“Mello Mud” (2018), “The Wave” (1938), “For Love’s Sake” (2018) and “The Citizen” (2013).

“About 13 years ago, I was approached by a nonprofit organization in Annapolis called World Artist Experience,” said Dr. Greg Faller, Associate Dean for the Centers for the Arts. “They were interested in collaborating with Towson and a number of other institutions around the state to create an international film festival. That’s where it started.”

The festival, presented by the World Artist Experiences alongside Maryland’s Office of the Secretary of State International Division, is a celebration of Maryland’s global reach. Its purpose is to recognize how the act of bridging people together connects cultures of the world with varying communities throughout Maryland. Previously, TU has been one of six venues that has hosted the film festival.

“Through [the World Artist Experiences], we had access to the embassies in Washington D.C.,” said Faller. “It is the embassies that actually chose the film for us to screen. They sponsor it and provide the screening rights so that we can show it to our audience.”

Faller explained that the films selected for the screening are not typically distributed in the United States because of financial and economic constraints.

“This year again was a little bit of variation but this opportunity to show films that are not typically distributed in the United States, most of these films won’t have enough financial return to make an American distributor want to put them into the American cycle.” Faller said. “It is a way of promoting an inner cultural understanding, to show primary American audience here what people in other parts of the world are experiencing, their struggles, their successes and it’s a way just to show that there is a lot of similarities as well as differences.”

The first film to shown was “On the Front Line” (2018), which represents the country Mozambique. It will be introduced by His Excellency Carlos dos Santos, the Ambassador of Extraordinary and Plenipotentiary of the Republic of Mozambique to the U.S.A, and Brett Kuxhausen, a producer and cinematographer. The film tells the story of people devoting themselves to the work of preserving the environment. The film also gives the audience an insight into the natural wonders of the Gorongosa National Park.

The festival will be held virtually for the first time and has had to go through many changes to adapt to an online format. The films will be screened via Zoom.

According to Faller, Zoom is a hard way to experience film because of the potential lack of availability and possible technological issues.

“What we have decided to do is that people will come to our Zoom meeting,” said Faller. “The guest presenters will introduce the film. They will be provided with a link for streaming of the film in the chat room. The biggest challenge was getting that set and finding the films through the embassy that will provide a link for the Livestream.”

Ashley Holman, an EMF student at TU, finds it beneficial to have these events virtually.

“You kind of have no excuse since it’s digital, it’s online,” said Holman. “You can easily just have a link and you can watch it. Almost like watching a movie and you can still get the perspective of other people on the zoom call. It’s very beneficial now to have it online.”

Faller added that it also allows people to interact with worldwide figures in the Q&A sessions after the films.

“So we have a number of ambassadors coming, we have two filmmakers, one filmmaker is from South Africa who will be joining us,” Faller said. “We have an Egyptian director, the director of the film, who will be joining us for the Egyptian film.  So having these ambassadors, cultural attaches, and nationally recognized experts introduce and lead the discussion for the film is a real benefit.”

“I feel like as an Asian American at Towson University, Towson promoting this is actually really great,” said Pham. “Films are very digestible and discovering cultures, understanding it and learning it from a different perspective.”

Visit the COFAC Calendar to access the Zoom link for the event.