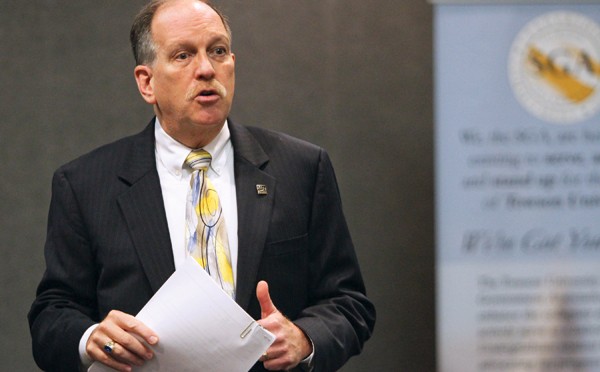 Both in state and out-of-state students may have to pay $288 more each year to attend Towson University if a proposed mandatory fee increase is approved.

Both in and out-of-state students would pay $192 more in tuition each year beginning fiscal year 2017.

Students paying regional tuition would see an increase of $290.

The University System of Maryland requires that TU share the fee changes with students. The University will send the proposed changes to the USM Board of Regents, which will vote on the changes. If approved, the fee increases will be worked into TU’s budget.

A portion of the fees will go to the current construction projects that fall under Auxiliary Services, like the Burdick Hall expansion scheduled for completion during the fall 2017 semester.

Also factored into the construction fee are future auxiliary services projects, including the expansion and renovation of the University Union. Typically, fees are increased a few years before the start of a new construction project to ease the increase in expense once construction has already begun.

“The auxiliary services fees this year are going up to support minimum wage increases across all of the auxiliary services, and the balance is going to support new staff and new programs that will be ramped at the end of that fiscal year in anticipation of the new Burdick Hall getting ready to open,” Oster said.

Alex Spiva is one of the SGA senators who attended the forum. He expressed concern over all the construction that TU is paying for.

“I think that if you’re going to build something, you need to have the budget for it already figured out,” Spiva said. “If you don’t have the money to pay for something, find somebody who can do it cheaper or figure out a way to minimize the project instead of increasing student fees, because we’re already paying [a lot]… some students cannot afford it, so I feel like that’s a dangerous slope.”

Moriarty acknowledged that the costs of attending college are increasing. She said that the University is always looking for ways to best serve its students without unnecessary fee increases.

“I think we’re very conscientious about what is the minimum amount that we can raise this in order to take care what needs to be taken care of,” Moriarty said.

Moriarty also pointed out that it’s been awhile since staff members have gotten raises and that “we’re not even talking about increasing the budget for that.”

“The reality is that each year there are mandatory expense increases,” Moriarty said.

“I wish there was more campus representation here,” she said.

The proposed changes also include an increase in the SGA fee. The Towerlight will bring complete coverage of the SGA increase in our next issue. 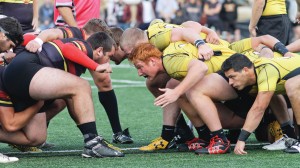