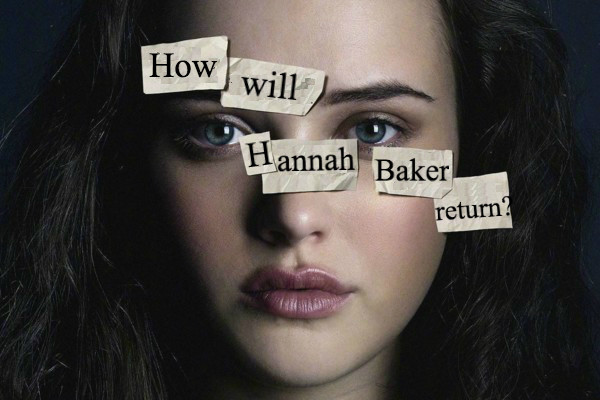 As the spring semester draws to a close, many television shows from this year’s spring line-up will do the same.  But with the summer season coming, it will be easy to find new and old favorites to hold you over until next fall, so be on the lookout for what’s coming up next.

One of the summer’s earliest arrivals is the second season of Netflix’s “13 Reasons Why,” premiering May 18. The first season of the controversial teen drama series, based on the novel of the same name, revolved around a high school student’s suicide and the mysterious motivations behind it. However, without another book to adapt, the second season will be continuing the story on its own, with the biggest mystery of the season being how they can tell another story at all.

Some enormously popular reality series will also make their return this month. Following the publicized break-up of last season’s “The Bachelor,” Becca Kufrin gets a second chance at love on ABC’s “The Bachelorette,” debuting its 14th season May 28 at 8 p.m. On the following night, NBC’s “America’s Got Talent” will premiere its 13th season with returning host Tyra Banks and judges Simon Cowell, Mel B, Heidi Klum and Howie Mandel.

Along with its serious and sometimes difficult dramas like “13 Reasons Why,” Netflix will also be the home of critically-acclaimed comedies. After a five-year hiatus, the much-anticipated season five of the cult classic series “Arrested Development” arrives on May 29, and the entire cast of the Bluth family returns, including Jeffrey Tambor, who has faced sexual misconduct allegations in the past year. With hopes of recapturing the feeling of the series’ original run, the upcoming episodes also drop the non-linear, character isolating format of the show’s fourth season. Additionally, Netflix’s more literally cult-related comedy, “Unbreakable Kimmy Schmidt,” will release part one of its fourth and final season May 30. The rest of the season’s episodes will be made available later this year, but the guest-star-packed part one of the Emmy-nominated series will make for an easy but worthwhile binge.

Fans of shows by Ryan Murphy, such as “Glee” and “American Horror Story,” may find the best of both worlds in his latest series, “Pose.” Premiering June 3 at 9 p.m., the new FX musical drama series will explore life and luxury in mid-80s dance scene with a transgender lead actress MJ Rodriguez and the largest LGBTQ television cast ever. “AHS” fan-favorite Evan Peters also joins the cast.

Reflecting the summer movie season and its superhero obsession, a number of TV comic book adaptations will also make their way to the smaller screen. A blend of teen romance and action-adventure comes to Freeform on June 7 in Marvel’s “Cloak & Dagger.” The series will share continuity with the other properties in the Marvel Cinematic Universe, including the socially relevant “Luke Cage,” which returns on June 22 to pick up where the titular character left off in last summer’s “The Defenders”.

AMC’s supernatural horror comedy “Preacher,” based on the DC/Vertigo comic of the same name, premiere its third season on June 24 at 10 p.m. The Seth Rogen-developed series will have its colorful cast of characters, including a vampire, road-tripping across America in search of missing person, God himself.

With a plethora of entertainment options coming to different channels and streaming services, there’s something for everybody on TV this summer.