By the time this article is out, Twitter will have done the deed. A few weeks back, they proposed, based on the words of sociologists and the like, to ban ‘dehumanizing language.’ While I admittedly am impressed how well-defined said policy is on what constitutes as ‘dehumanizing,’ I nevertheless cannot get out of my head how Orwellian this all is.

How many of you have called people, especially politicians, snakes, lap dogs, and so on? We’re not living in some sort of 1940s dark age of depicting Imperial Japanese soldiers as rats to be exterminated or early 20th century businessmen as fat in need of slaughtering. We are in an era of discussion, ideas, and information. To do that, we need the arts to convey our messages. And without analogy, what art is there to writing?

I know for a fact that I have called Senate Majority Leader Mitch McConnell a turtle countless times. I am certainly not the only one. Would such a silly and harmless jab at a politician, who I guarantee has been called far worse, be on Twitter’s no-no list? What about calling an ISIS terrorist a monster? Would calling a horrible, murderous person an inhuman thing be a crime in Twitter’s eyes?

But enough about hypotheticals: what bothers me is not the rule itself, but the eventual enforcement of said rule. I know without a shadow of a doubt that Twitter won’t enforce this rule equally. They’ve tried to put a lid on the toxic culture on their site, and yet they seem to have both hands on the right side of the lid.

The revelation of Sarah Jeong’s Twitter feed in light of her ascension up the New York Times roster was a pivotal point in this. Her tweets against whites were so vicious, and yet never removed. And yet, when Candace Owens, a black right-leaning activist, used her template and changed out ‘white’ for things like ‘Jew,’ citing the source of her inspiration I may add, she was shut down in minutes. After humiliation from people like myself about their hypocrisy, Twitter had no choice but to reinstate said tweets.

And yet she had plenty of support from figures of all stripes, all to the detriment of the conversation. People were so busy arguing about whether or not this was ‘racist’ in its neo-modern vs. traditional sense of the word, rather than whether it was bigoted. People will defend minorities attacking majorities as ‘deserved’ and ‘warranted,’ even though they use the same ugly tactics, making the battlefield all the more toxic. I have no reason to believe this trend will stop.

A Twitter user by the handle of @VerifiedHate (who was banned just days before this proposal, isn’t that convenient…) used his entire profile as a dossier for the hypocrisy of Twitter’s enforcement of ‘hate’ and the like after this incident. He has dragged out from the depths tweets from celebrities, journalists, and artists, all using similar language. And as the handle name implies, they all had verified blue check mark status on Twitter, implying their prominent and Twitter-recognized standing in society.

Everyone in this dossier gets away with the same things Jeong has, and they will likely continue to get away with it under Twitter’s history of policy enforcement. I wouldn’t even be so mad with this if they would let bigots on the right show their hatred as openly as the left, since that would at least show some consistency on Twitter’s part. All I can say is that I’m glad I never, and will never, got into social media, perhaps now more than ever. 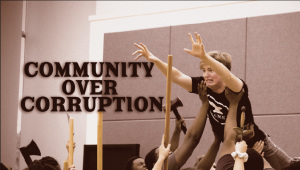