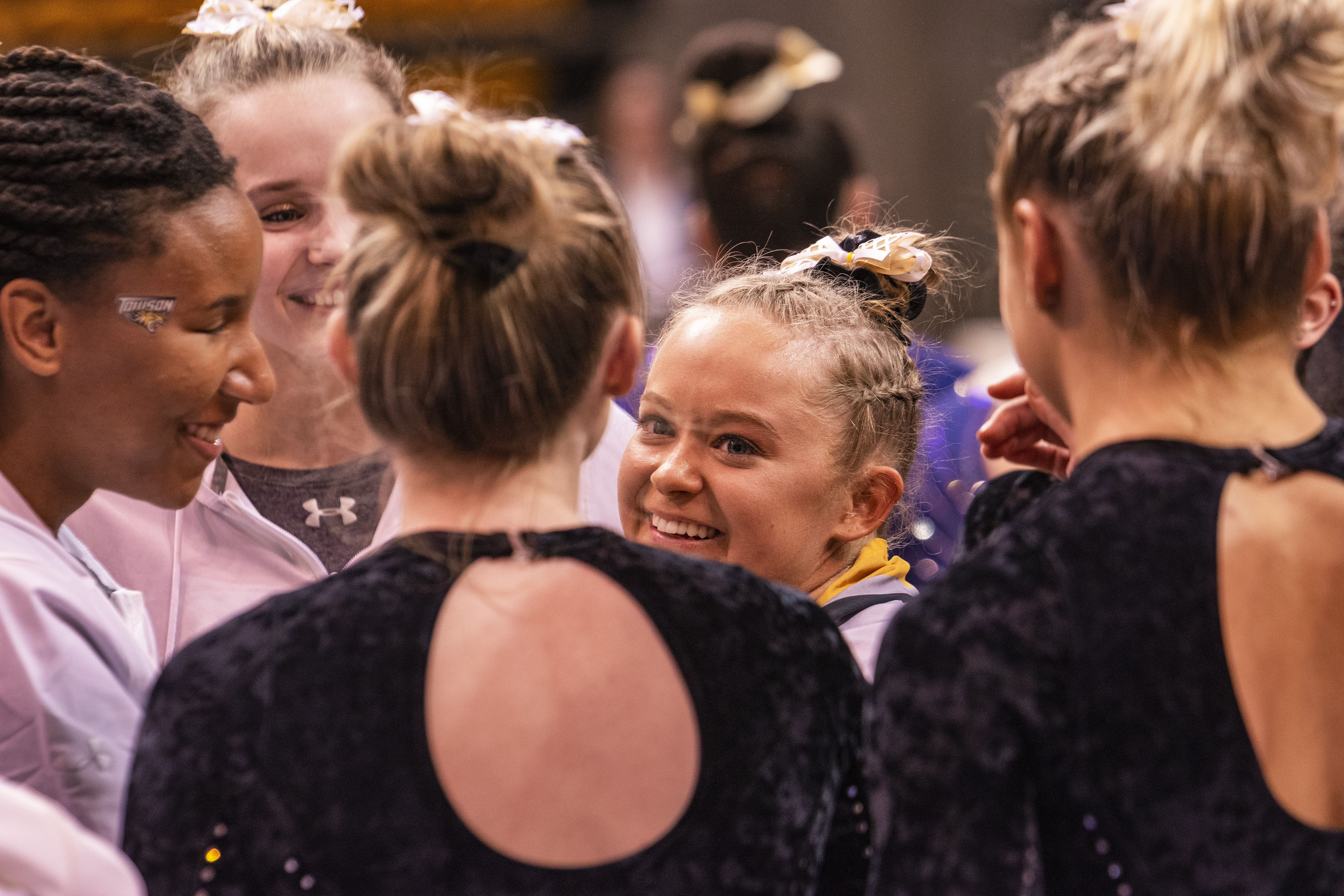 This weekend, the Tigers scored two of their highest total team scores all season in their last two meets.

In their meet at George Washington, Towson (11-10) improved their vault score from less than 48 hours prior with a 48.850. Continuing strongly with an effective 49.075 effort on the uneven bars the Tigers were on pace to set a new season high for their team score.

“Our last meets have been really rough,” head coach Jay Ramirez said. “We’ve been figuring out lineups because we have a newer team, so we have to figure out the experience. And they just put it all together today.”

Their score of 195.625 was a top-ten score in program history capped off by multiple season highs. Sophomore Emerson Hurst scored 9.825 on vault and finished fourth overall. Junior Kyla Gamble and sophomore Jaz Kauffman each scored a season high 9.8 on bars. Junior Tess Zientek and freshman Camille Vitoff each scored a 9.8 on bars. Senior Melissa Temkov tied her season high with a 9.8 on floor joining Hurst in a tie for seventh place.

The Tigers scored a 195.675 against Maryland and the Colonials at SECU Arena prior to their meeting in D.C. a few days later. This was also a top ten score in program history.

“It just feels good,” Ramirez said to Towson Sports Network. “They came here, they did what they’ve done in the gym for the past three weeks and they finally put it all together. They’re just doing what they do every day.”

Towson recovered after some early hops in their vault exercise deducting tenths of points which varied depending on the severity and the discretion of the judges. Vitoff’s 9.775 average, which she accrued by performing a Yurchenko in the opening routine, was the highest for the Tigers.

The uneven bars earned similar scoring as the Tigers limited themselves to a single fall in the event. Gamble, Zientek, and Kauffman each scored a 9.775.

It wasn’t until the latter half of the meet when Towson would rally behind two of the highest scoring performances of any event they have had the season. Starting on the balance beam, Weitz and Hurst displayed practically perfect balance and execution in landing their leaps and jumps as the two each earned a 9.925.

“So I started off and I was like a little nervous,” Weitz said. “So I went for my first skill, and as soon as I knew I hit that first skill and was like straight on [the beam] I knew I was good. I knew it was gonna be a good routine.”

The display provided a spark for the team heading into the floor exercise as they had earned a collective 49.100 led by Weitz and freshman Paige Casper scoring 9.850 each.

This year, we struggled with just like finishing it out, I feel like,” Weitz said. “So to come in here and just like everybody do their job and just everybody doing amazing, it was so great to have.”

Citing the help of the staff, and especially the work of assistant coach Ashley Sauer, Ramirez says he’s noticed a huge improvement in the team’s confidence in translating their successes in practice to showing their abilities in the meets.

“Beam is a mental game,” Ramirez said. “So to tighten up that mental game, even though you might have talent, the nerves get you in the meet. And you have to kind of like calm down, and Ashley has just been a great mental coach,”

The Tigers will look to close out their season on a high note in their final meet as a team Sunday, March 15 at 2 p.m. when they host Southern Connecticut State for senior day. 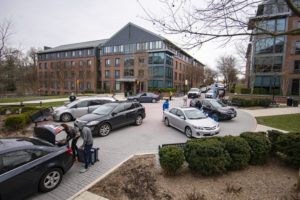 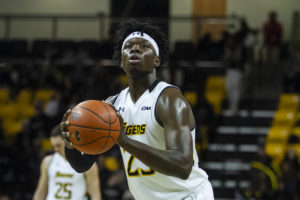