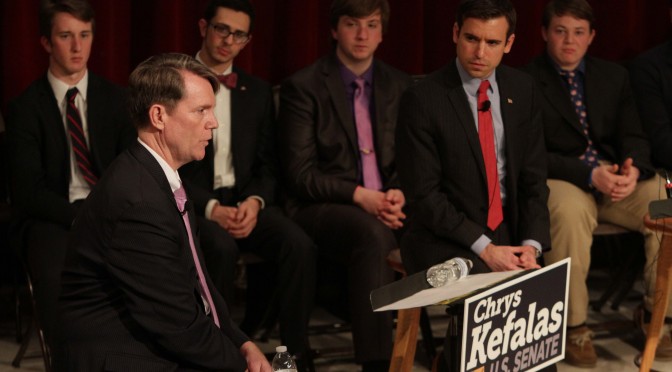 Four Republican candidates for Maryland’s open seat in the U.S. Senate met at Goucher College Thursday for a debate that was originally supposed to be held on Towson’s campus.

The event was sponsored in part by the Goucher College Republicans Club, the Baltimore County Republican Party and the Greater Towson Republican Club.

Carr described the change as a last minute PR move.

“Essentially, they were undermining our role in having it on campus,” Carr said. “They were trying to eliminate us from the decision making process, which is something I wasn’t going to stand for.”

The rest of the club was not made aware of the decision to move the event to Goucher until last-minute.

According to Towson College Republicans Club Vice President Emma Middleton, there were emails sent between Carr and the co-sponsoring clubs, and both parties “felt offended” before the decision was made.

“It all happened so quickly that it really wasn’t a decision that we could reverse,” Middleton said. “I think all of us agree that if it could have been held at Towson, we would have loved it. But at the point when the decision was made so quickly, really there was no turning back from there.”

Despite the location change, Goucher still invited the Towson College Republicans Club to participate in the event on their campus.

According to organizer Maria Pycha, first vice chair of the Baltimore County Republican Party, Towson College Republicans club members were also invited to sell refreshments as a fundraiser for the club.

“I think it was an awesome move on Goucher’s part to have us still come and participate, because we absolutely wanted to be here,” Poniatowski said. “There was nothing that was done intentionally to harm our club, it was just a giant miscommunication.”

The four GOP candidates are running for Sen. Barbara Mikulski’s seat in the U.S. Senate. In March, Mikulski announced that she would not seek re-election in 2016.

Former Pentagon official Richard Douglas, former state attorney Chrys Kefalas, businessman Joseph Hooe and businessman Dave Wallace took part in the debate. Candidates Greg Holmes, who is the director of legislative affairs for the Maryland Transit Administration  and House of Delegates Minority Whip Kathy Szeliga, who were scheduled to appear, were not present.

According to The Baltimore Sun, Szeliga had previously committed to support former Maryland Governor Robert Ehrlich Jr. at the Governor’s Ball, which took place on the same night.

One of the more prominent subjects discussed was illegal immigration, and all four candidates offered their plan for handling the issue.

Other candidates offered their own opinions on how to handle the issue.Hooe advocated for both an immigrant work program and a mandatory military border patrol force for students graduating from high school.

According to Hooe, an immigrant work program would require both undocumented immigrants and their employers to purchase an annual $1000 blanket hiring permit. The mandatory military border patrol force would require students to serve eight months protecting U.S. borders, however students enrolled in college would be exempt.

Kefalas and Douglas agreed that the issue of undocumented immigration begins in Washington, which, according to Kefalas, “does not have the political backbone to solve the problem.”

The winning GOP candidate is expected to compete with either Chris Van Hollen or Donna Edwards, the presumed Democratic frontrunners, for the Senate seat.

The Maryland primaries will be held Tuesday, April 26, 2016. 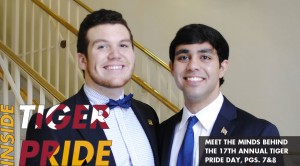 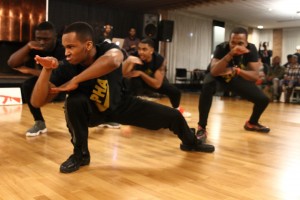