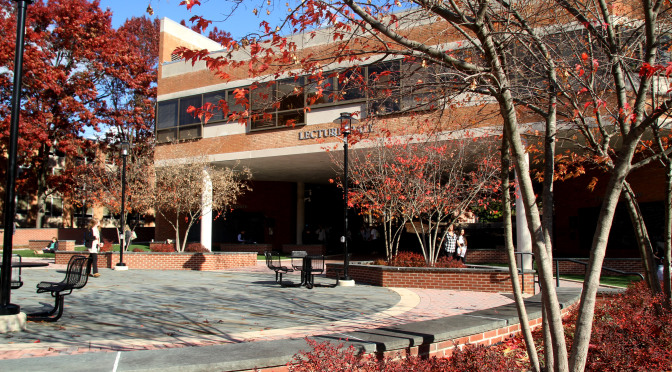 Until this year, TU did not have University commencement speakers, according to Schatzel.

Starting in 2017, Towson now rotates which one of the six colleges will have a University commencement speaker. The college that is next in line in the rotation for that year selects their own commencement speaker, and that decision is approved by Schatzel and Provost and Executive Vice President for Academic Affairs Tim Chandler, according to Schatzel.

The commencement speaker for the College of Business and Economics for the college’s commencement in May was PANDORA’s President Scott Burger.

According to Schatzel, discussions about how the University should select commencement speakers are still in the early stages, but she said she wants all voices to be represented around the table before any decisions are made.

“The school should have known better,” Mui said. “But at the same time, I understand. I think schools really [are trying] to push for opinions and trying to formulate your own and challenging the current speakers on campus. Of course, you have the right to go, and they have the right to invite her, and she has a right to speak. But I just think it was a poor choice to invite her.”

Brown acknowledged young college students’ courage to stand up for what they believe.

“Compared to the generation before us, we’re more free-spirited and we have more opinions,” Brown said. “So, as far as free speech, we’re not really afraid to say what we want to say, or how we feel, which is a good thing.”

The events at UB have reignited debates about free speech, including which speakers should be allowed to speak on college campuses.

“I think everyone appreciates and supports the notion of freedom of speech, particularly on a University campus where the bringing together of intellectual ideas that might have disagreement as part of it is part of what we do in terms of an educational process,” Schatzel said.

Richard Vatz, a professor of rhetoric and communication, said Schmoke’s invitation to DeVos does not necessarily endorse DeVos’s ideas or actions, rather it helps showcase a wider range of thought and expression.

“Kurt Schmoke is one of the few major progressives in Maryland who truly believes in freedom of speech,” Vatz said. “He invited U.S. Secretary of Education Betsy DeVos because he understands that a college education includes hearing responsible principals with whom students may not agree.”

Vatz said institutions of higher education have a responsibility to represent a diverse range of ideas.

“Colleges and universities have an obligation to promote a diversity of political voices for their students over their academic careers,” Vatz said.

Vice President for Student Affairs Deb Moriarty said free speech is a right guaranteed by the Constitution and that Towson University works to protect that right.

“It’s a complex issue,” Moriarty. “We, by law, have to support the First Amendment. And it’s very subjective as to when speech is offensive and where the Courts stand.”

Moriarty said the University must be content neutral in their decision, meaning they cannot regulate what speakers are allowed on campus before they speak. However, Towson can regulate the time, place, and manner in which speech occurs.

For known controversial speakers, Moriarty said Towson might choose to increase security and make sure the venue is appropriate for the event.

Schatzel said that freedom of protest is not counterintuitive to freedom of speech, but rather part of it.

“When students wish to be able to provide the fact that they’re protesting the individual’s perspectives, ideas, thoughts, ideologies – to be able to have the protest be part of the freedom of speech aspect is something that we should recognize,” she said.

Schatzel added that it is important to have a safe and civil exchange of perspectives, particularly on topics with which people may disagree on.

“It doesn’t preclude the person from being necessarily able to talk, but the fact of the matter is that we need to provide space for either counternarratives to be listened to, as well as to be able to have those counternarratives to be heard,” Schatzel said. “All of this should be shrouded in the fact that it’s a safe environment and the fact that it’s a civil environment, and sometimes there’s tensions that make that difficult to be able to do.”

Vatz said students have a right to protest and express their disagreement with a speaker under the same First Amendment that protects freedom of speech, but Vatz also believes protesters should not stop speakers from speaking.

“Student protests are consistent with the principle of freedom of speech, as long as they are not disruptive to the point of stopping a speaker from speaking and as long as the protesters accept the consequences of their actions, such as missing class,” he said.

Vatz recognizes that speech can be limited when it is unconstitutional or violates human rights. However, he believes that universities on the whole are slanted towards supporting more liberal points-of-view.

“There is a struggle throughout the country regarding universities’ according freedom of speech to conservative faculty and students,” Vatz said. “There is no reason to believe that most Universities perceive there to be a problem wherein conservatives are neither hired nor given promotion and tenure nor accorded a seat at the table in liberal-conservative disputes.”

“Towson’s late president Maravene Loeschke was a stern believer in freedom of speech at Towson and willingly accepted criticisms for such,” Vatz said. “Our current President [Kim Schatzel] and our Vice President for Inclusion and Institutional Equity [Leah Cox] appear to support academic freedom for all political views, but more time will be needed to assess the extent of their devotion to this principle.”

This article has been edited to clarify Towson University’s policies and procedures regarding free speech. 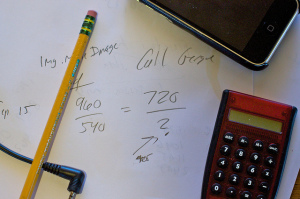