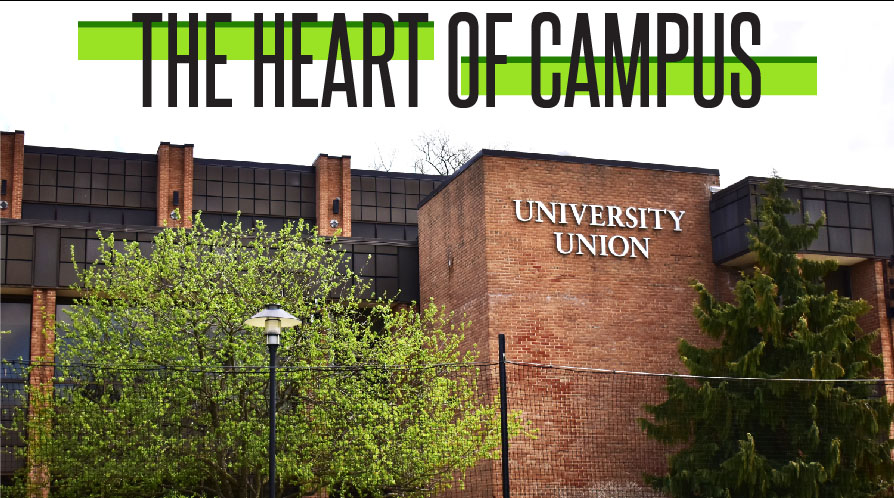 According to Towson University architect David Mayhew, construction on the Union will begin in October. The expanded portion of the building is scheduled to be completed in the fall of 2020, and renovations in the existing parts of the building are slated for completion in fall of 2021.

Mayhew said he is excited about the transformation of the Union.

“The new Union will be more open and spacious, with more windows and daylighting. Large open stairs will connect the three levels,” Mayhew said. “In addition to the expanded dining and services, there will be a variety of informal student lounges and spaces for students to meet and hang out. This project has been designed with our students’ needs as our main priority.”

The Union expansion is part of TU’s mission to centralize student life in one easily accessible area of campus.

“The expanded Union will be sized to accommodate our growing student population and will truly become a vibrant center for student life on campus,” Mayhew said. “The food market will open onto a new plaza on the north side of the building connecting with ‘Tiger Way’ and linking the College of Liberal Arts Building with the expanded Burdick Hall Rec Center.”

The project, which is part of Towson’s 2015 campus master plan, will add 85,000 square feet and include a complete renovation of the existing building, according to Mayhew.

With a total project budget of approximately $108 million, the new Union will be a total of 255,000 square feet. It will feature a new ballroom, a 300-seat theatre for movies and lectures, and a relocated Career Center, Mayhew said.

The space will also have a new food market with venues like Chick-fil-A and Dunkin Donuts.

Community members can expect to see preparations begin as early as August with the installation of temporary safety walls, Mayhew said.

Between watching buildings like Burdick Hall and Residence Tower undergo renovations, and seeing the start to brand-new academic buildings like the Science Complex, students at Towson University are no strangers to construction on campus.

“I think the most inconvenient part will be if there are any detours and construction zones that make getting to different buildings difficult,” Castillo said.

Even with construction, however, Mayhew said students will have access to the Union and its amenities during the renovations.

For Student Government Association President James Mileo, one of the biggest effects that the Union construction will have on student life will be the limited space for student organizations to meet.

However, Mileo said he and SGA Vice President Breya Johnson have been talking to Towson University President Kim Schatzel, Vice President for Student Affairs Deb Moriarty and Interim Vice President of Administration and Finance Robert Campbell about ways to make that period of construction as seamless of a transition as possible for student groups.

“We’ve actually been having conversations … on ensuring that as we start to close down spaces, we’re finding other spaces on campus to open up,” Mileo said.

Mileo said that one of the major issues is that there is no streamlined process for reserving academic rooms. Just as students would for any other room, organizations can file to reserve academic rooms through the Event and Conference Services Office, but ESC does not approve these cases. Instead, the building manager approves the request.

“A lot of times they’ll deny student org meeting spaces, and so we’re trying to work towards creating a process to where student orgs are able to reserve large lecture halls for their meetings,” Mileo said.

Another space the SGA is trying to open up for student organizations during the renovations is Towson Center, which Mileo said would be a good space for large scale events.

“Were trying to open up more space as we’re about to lose a lot of space,” Mileo said.

In line with the Union expansion’s centralization of student life, the Career Center will be relocated from its current location in the 7800 York Road building to the renovated portion of the Union.

According to Lorie Logan-Bennett, Director of the Career Center, the center will be where Patuxent Bistro currently is located.

The new Career Center will increase the amount of space dedicated to on-campus interviewing and increase the number of employers that the Center can accommodate. The new space could also increase opportunities for student-to-student advising, according to Logan-Bennett.

“Right now we have quite a few peer advisor type roles, so I think that the space will allow for an expansion of that, which will allow for greater accessibility to students to meet with folks for one-on-one assistance,” she said.

Collaborations with other groups in the Union may also be made easier.

“We’ll have the Center for Student Diversity, we’ll have Campus Life, we’ll have Civic Engagement, so I think there will be quite a few areas within the Union — that we do currently collaborate with — but I think it will increase our different kinds of collaborations, just being present in the same building.”

With the increased space, the SGA office is also looking at some renovations down the line. According to Mileo, part of the space will be turned into a student organization suite where various student groups will have their offices.

“In the blueprints, [the SGA office] is going to be the same,” Mileo said. “The only difference is New Student Programs is moving out of that section, and we’re going to pretty much open up this whole thing. It’s going to be like a student center type thing.”

Although Castillo said the renovations may inconvenience students in the short term with noise, detours, and decreased meeting places, she believes the construction will be worth it in the long run.

“I think it will be a lot nicer to have a brighter and more open space because that seems more inviting,” Castillo said.

Mileo believes that the expansion will only further reinforce the Union as Towson’s center of student activity.

“I can’t see into the future but I do think it’s going to affect student life drastically,” he said. “This is sort of the epicenter of the University and of the campus.” 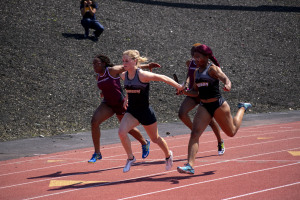