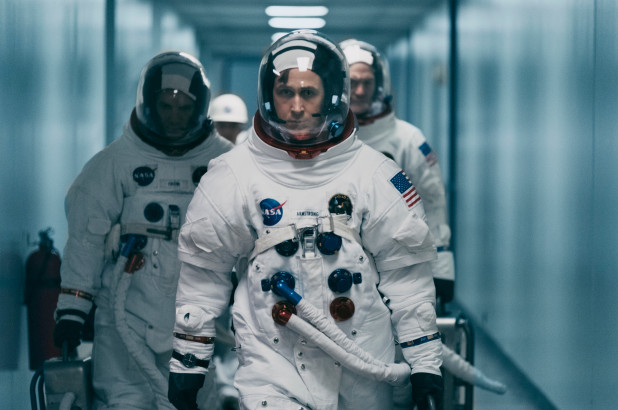 There’s a lot of great things coming our way this semester in the world of film, and a lot to look forward to both in what’s already been established, and in some things we’ve never seen before. Personally, I am very surprised that, considering the usual flood of blockbusters that release every fall into winter, there actually aren’t that many from many major studios. However, this leaves some audience attention for “smaller” films, or those that wouldn’t get as much attention, which I am definitely here for.

Before I start, of course be sure to check out those big movies that are still in theaters, including “Crazy Rich Asians,” “Christopher Robin,” “Mamma Mia! Here We Go Again,” “Slender Man,” and “BlacKkKlansman.” In addition, “Jurassic Park” and “Schindler’s List” will be making a comeback to select theaters for their 25th anniversaries.

In the realm of Disney movies, be sure to look out for the sequel to “Wreck-It Ralph:” “Ralph Breaks the Internet,” as well as the sequel of “Mary Poppins.” This sequel, titled “Mary Poppins Returns,” stars Emily Blunt and Lin-Manuel Miranda, and already has avid fans of the classic skeptical but interested to see if it will live up to the original. Also, get into the holiday spirit with “The Nutcracker and the Four Realms,” starring Keira Knightley, Morgan Freeman, and Helen Mirren.

Speaking of the holiday spirit, an animated reboot of “How the Grinch Stole Christmas,” renamed “The Grinch” and voiced by Benedict Cumberbatch, will be hitting theaters Nov. 9. But before the winter holidays hit, get into the Halloween mood with “The Nun,” a prequel to “Annabelle,” which was a prequel to “The Conjuring.” “The House with a Clock in Its Walls,” a fantasy starring Jack Black, Cate Blanchett, and Owen Vaccaro about a magical house with a mysterious ticking inside the foundation, is another film to watch; and of course most fittingly, the new “Halloween” reboot looks like a must-see for the season, in which Jamie Lee Curtis will reprise her role from the original.

Regarding other major blockbusters, my personal favorite for what’s to come is in “Fantastic Beasts: The Crimes of Grindelwald,” which will continue the story of Newt Scamander and introduce young Albus Dumbledore. Additionally, the superhero genre slows down a little, but still offers two long-awaited origin stories, “Aquaman” and “Venom,” as well as a different take on the genre in “Spider-Man: Into the Spider-Verse.” “The Predator” will also hit theaters as a prequel to “Predator,” and “Bumblebee” will give a backstory to the beloved Transformers character.

Even with all of these, I’m still shocked at how few “fandom” movies and blockbusters there are planned for the rest of this year compared to years before, and I’m pleased that we will get to focus a little more on standalone movies. With a noticeable absence of a Star Wars MCU movie this fall, let’s see what other movies are hitting theaters.

There are a good number of movies coming out that will follow the stories of real people in history, including “Mary Queen of Scots,”  starring Margot Robbie; “First Man,” starring Ryan Gosling; and “On the Basis of Sex,” with Felicity Jones as Ruth Bader Ginsburg. Two films that I’m most excited for are “Bohemian Rhapsody,” following the life of Freddie Mercury, lead singer for Queen, and “Welcome to Marwen,” about a man who, after suffering a beating and major memory loss, lives his life out in miniature figurines to help him recover..

Finally, there are a few standalone movies that I think could be the underdogs of this fall: “Bad Times at the El Royale,” a thriller-mystery of seven secret-keeping guests at a hotel; “The Sisters Brothers,” the newest western; “Holmes and Watson,” a comedy-adventure take on the characters with Will Ferrell and John C. Reilly; “Alita: Battle Angel;” and lastly, “Mortal Engines,” a futuristic steampunk movie about a giant machine.

Here’s to hoping for an extremely cinematic semester.