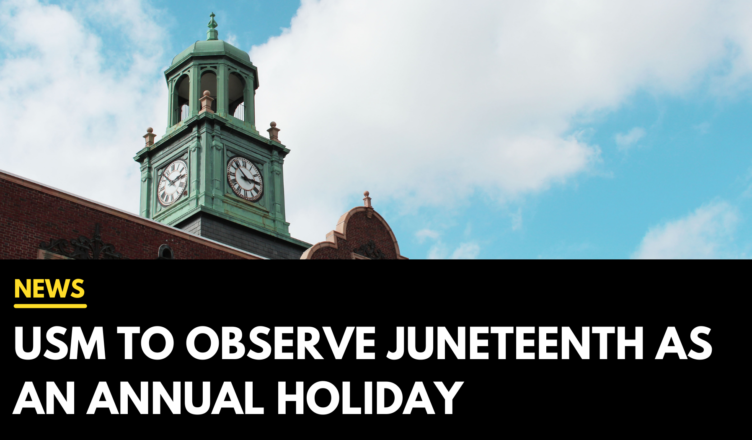 The University System of Maryland (USM) will observe Juneteenth as a holiday while granting a system-wide administrative leave for all schools within the system on June 18 this year in observance.

In a statement announcing the decision on March 31, USM Chancellor Jay Perman explained that due to Juneteenth falling on a Saturday this year, universities will commemorate it on Friday, June 18 instead. According to Perman, he hopes the holiday will allow for reflection and examination of anti-Black racism as well as systemic inequalities.

“On Juneteenth and throughout the year, I hope we’ll talk with one another about how race shapes our lives,” Perman said. “I hope we’ll commit to fully and finally ending slavery’s abiding legacy of violence, oppression, and injustice. And I hope that, together, we’ll share in the joy of emancipation.”

Juneteenth, which is celebrated annually on June 19, commemorates the day when the remaining enslaved people were freed by members of the Union when they reached Galveston, Texas after the Emancipation Proclamation was signed two years earlier.

Towson University (TU) President Kim Schatzel and Provost Melanie Perreault said in a statement that last year TU was the first school within the USM to declare Juneteenth a holiday each year beginning in 2021. Officials from the University said they agree with USM’s decision.

According to Freshman Gabe Adler, he agrees with USM’s decision and feels it’s important to recognize the holiday.

“I personally think that it’s great to see that the system is recognizing [Juneteenth] as a national holiday and that they are able to commemorate such an important part of American history,” Adler said. “I think that with everything going on [in today’s] society it’s important to commemorate these historical moments”

Dr. Andrew Diemer, an associate professor in TU’s history department, said the decision is  “… a fantastic development.” He believes that when celebrating Juneteenth, TU should consult with Black members of the campus community to guide the celebrations.

“Towson’s observance should strive to be true to the holiday’s origins as a grass-roots celebration,” Diemer, who focuses on the history of slavery and antislavery, said. “Additionally, I would love to see Towson use this holiday as a specific opportunity to reflect on the history of Black people at our university. This would mean celebrating individual contributions, of course, but also reckoning with darker histories of discrimination as well.”

Additionally, Diemer said that students should learn about the history of TU, and its past issues with race relations.

“Towson was founded after the abolition of slavery in Maryland, but that hardly means that Towson’s history of race relations is unblemished,” Diemer said. “Students should know more about this history of their university.”

Schatzel and Perreault also explained that in response to the announcement, “ … TU’s Office of Human Resources will consult the leadership of shared governance groups in determining options to reassign the university holiday from June 18 to another date on the 2021 calendar.”

According to Sean Welsh, interim vice president for marketing and communications, each year, USM universities are given a set number of days off and holidays for them to allocate within their calendars. Since TU had already planned to use one of their holidays to commemorate Juneteenth on June 18 of this year, the system-wide administrative leave on the same day will result in TU having an additional holiday to reassign at a later date, Welsh said.