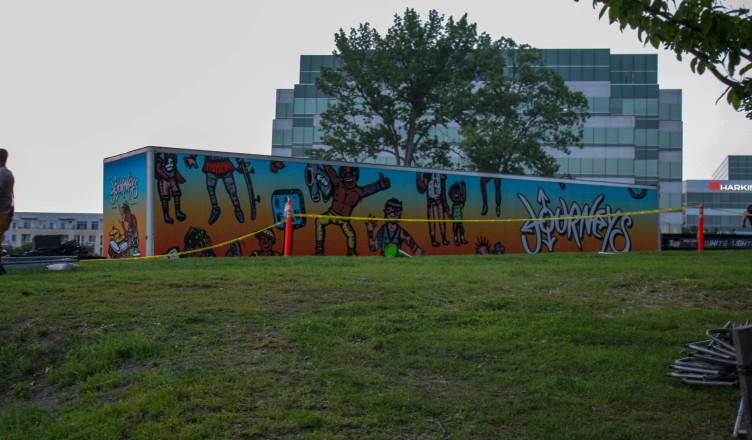 Summer after summer for 24 years Vans Warped Tour made its way across the country, drawing in crowds and providing music lovers a chance to see some of their favorite bands. This summer marked the end of the tradition, and for many an era, as the festival made its final cross-country run.

Last November founder Kevin Lyman issued an official statement, announcing the end of the “punk-rock summer camp.” In his statement, Lyman thanked the bands that had played along with the near 11 million fans who had attended and shown their support for the festival over the years.

The festival, which began in 1995, had become a summer concert staple for many people. Mariah McCloskey, 20, had been attending the festival for five years.

“When I saw the statement, I really couldn’t believe it. I had to read it a few times before it really sunk in, and even now it doesn’t feel like it’s actually ending,” McCloskey said.

John Christianson, the trumpet player for ska punk band Reel Big Fish, feels that the end of the tour was both good and bad.

“This tour is so unique because this is the only traveling festival that’ll travel for six weeks straight and come to your hometown so you don’t have to, you know, buy a plane ticket, go to the airport fly to Ontario, California and then drive to Coachella to see this festival.”

Josh Brozzesi, drummer for the Australian band With Confidence, pointed out that the end of Warped Tour is also going to affect how bands tour in the future.

“I think every band kind of expected that we would get to do this every two years forever,” Brozzesi said. “It is honestly a big factor in how all American touring is run basically, because no one wants to go up against Warped Tour. Bands plan which years they’re going to do Warped Tour, so it’s going to change a lot.”

Christianson also made memories over the years, including early in the summers run when he mistakenly walked onto Chelsea Grin’s tour bus.

Though the cross country tour is over, fans can look forward to a potential 25th anniversary celebration to come next summer.