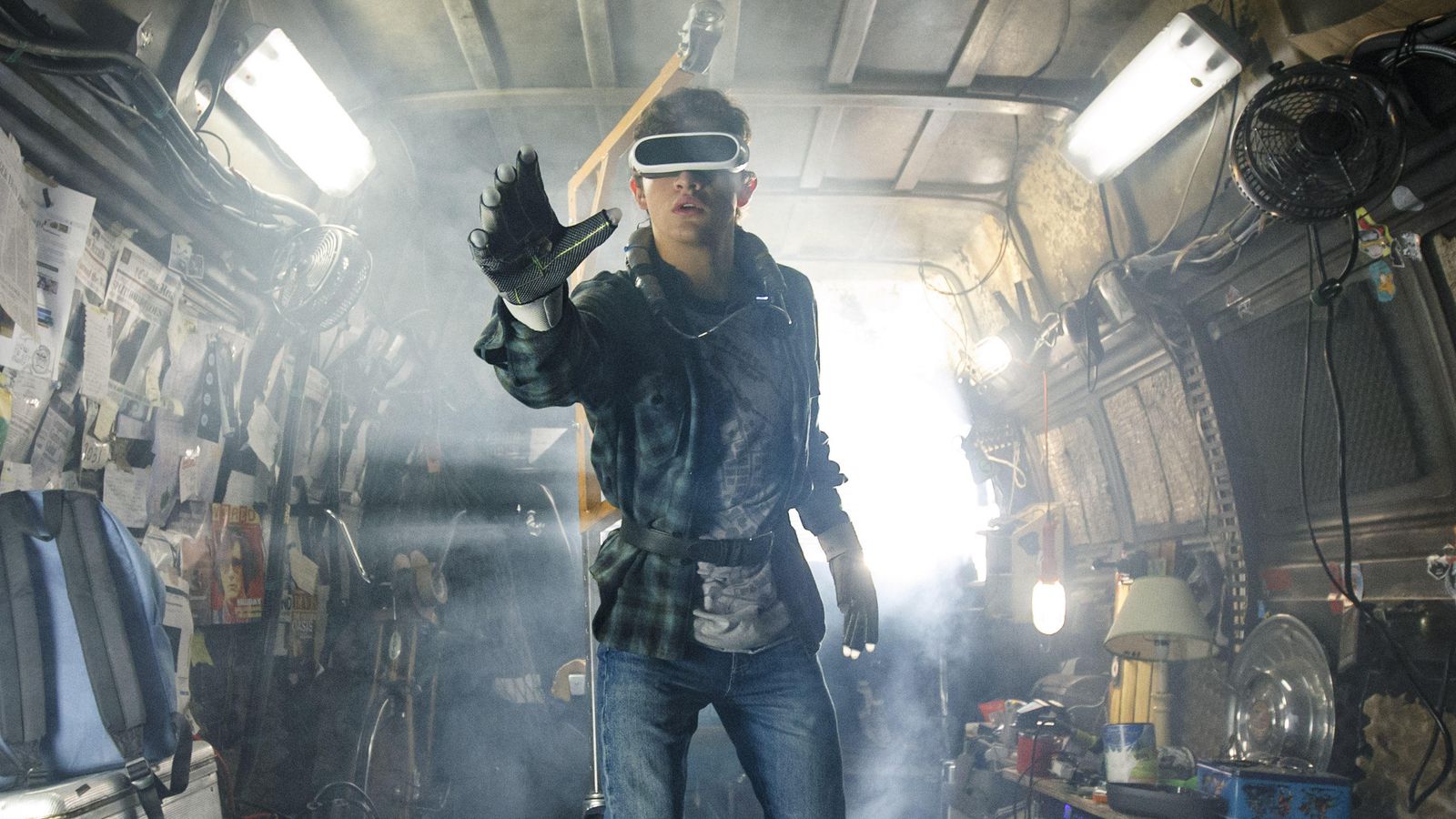 After realizing his youth is fleeting, an eccentric loner astounds the world when he reveals he is giving away his life’s work. Men, women, and children are excited by the news and all are trying to find ways to obtain it, but no one wants it more than a starry-eyed boy from the slums. As time is of the essence, it’s anyone’s guess about who will inherit the magical loner’s secrets.

That might sound like a synopsis for Roald Dahl’s “Charlie and the Chocolate Factory” but it’s actually the premise of Steven Spielberg’s latest movie “Ready Player One.”

The year is 2045, in Columbus, Ohio, where life is less than blissful. Our underdog, Wade Watts (Tye Sheridan), lives in “The Stacks” where mobile homes are literally stacked on top of each other. For people to escape their daily lives, they turn to the revolutionary virtual reality known as the OASIS, created by the future’s Steve Jobs, James Halliday (Mark Rylance).

After Halliday’s death, it is revealed that he had hidden three Easter eggs throughout the OASIS, in which whoever finds them all first will be given ownership of the virtual reality world, and more. This obviously attracted regular gamers to search for the eggs, but has also gotten the attention from the video game accessory manufacturer known as Innovative Online Industries (IOI) who wish to own the OASIS and overcharge for gamers to play in the universe.

The OASIS itself is commendable by how it pulls you into the universe, as if you were there with the characters. With a $175 million budget, Spielberg uses his surroundings as much as he can to his advantage, and it truly is deserving of 3D; either by racing cars through the city while having to avoid being smashed by King Kong, or being able to ski down the Great Pyramids.

There was some real talent put behind the CGI, and as an action flick alone, “Ready Player One” does its job for the impartial movie goer. However, looking past the initial reaction to the effects of the movie, everything else throughout the storyline and production of the film was awkward, to say the least. One can only imagine the tug-of-war going on behind the scenes between what Spielberg had in mind and what the production company wanted. The end result is a movie that seems to not know who it’s made for.

With a simple dialogue and color-by-number plot, “Ready Player One” seems to be aimed for a younger demographic, but simultaneously pays tribute to Stanley Kubrick’s “The Shining” and shoves in 80s pop-cultural references that the tweens of today won’t have nostalgia for.  The writers even had the gall to throw in an undertone of an anti-corporate America, seemingly aimed at millennials, with a hokey CEO villain to boot, which is ironic considering this movie was produced and distributed by Warner Bros, a corporate entertainment giant.

Tweens will undoubtedly enjoy this film, but as for the rest of the viewing audience, without a proper foundation for the movie, all the effort given to the special effects seems wasted.