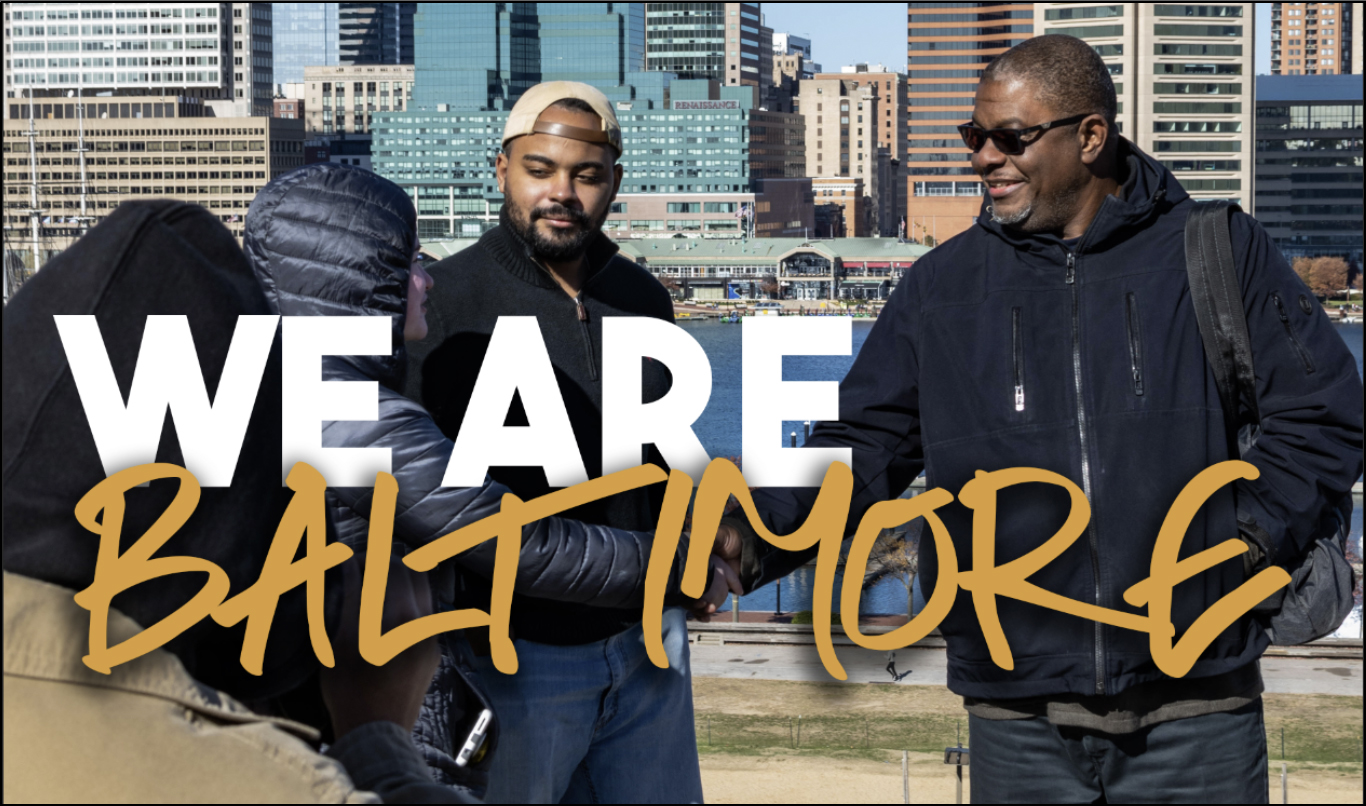 In November of 2020, Antoine Dupree, a senior communication studies major at Towson University, along with a group of Towson University students and community members and The Spotlight Creative Organization, will be releasing a docuseries to showcase the positive aspects of Baltimore alongside the negative.

In July, President Trump tweeted at late Maryland congressman Elijah Cummings saying “Cumming[s’] district is a disgusting, rat and rodent infested mess. If he spent more time in Baltimore, maybe he could help clean up this very dangerous and filthy place.”

Dupree, after seeing Trump’s tweets about Baltimore, said that he felt inspired to find a silver lining.

“I built my own production company in which I work with a lot of Towson University students,” said Dupree.

The name of his production company is Creator Source Studios, which strives to bridge the gap between creativity and media. He has worked with Towson University students in the past on projects such as the YouTube channel Nerd Culture, a film project of his which features fun videos on everything “nerdy.”

“My main focus has always been to do three things: educate, entertain and inspire,” said Dupree. “When the stuff [tweet controversy] happened with Donald Trump, it inspired me to see the opportunity that was there. A lot of people wait for something to do something.”

Dupree grew up in San Antonio, Texas, and has lived in a lot of urban areas since then. He shared that in these areas, he has seen people come together to work on issues each community was facing. From Texas to Louisiana, Georgia, Alabama, and Tennessee, he says that people will come together to clean up or take initiative in other ways for their city.

However, in Baltimore, in his opinion, this doesn’t happen to the same degree. He believes that the media’s narrative of Baltimore plays a major role, a narration clearly expressed in Trump’s tweet.

The docu-series will be focused on showcasing positive aspects of Baltimore along with the negative.

“With this subject matter that we want to talk about, we would have to spread it out,” said Dupree. “We can’t put it all in one video because that would be a five or six-hour documentary and nobody wants to watch that.”

He shared that glossing over topics to fit the film into a one-hour documentary will not make a substantial impact on the current narrative.

The team plans to showcase the good, the bad and the ugly of Baltimore through interviews, walk-throughs and narrations with individuals, local businesses, and anyone else willing to contribute to the conversation.

Right now, the docuseries is in the planning phase. Dupree says he separated the team into business, marketing, creative and production departments. They all meet on a weekly basis on campus at 8 p.m. to ensure that everyone is in the loop, and that every team is working together.

Ben Mehr is a junior at TU studying business administration-marketing, and minoring in electronic media and film. He is serving as the head of production for the team.

“Right now, I’m working on equipment and what we want to use at different budgets, hoping for the highest, planning for the lowest,” said Mehr. “[We are also planning] at different levels what we would use, making sure we have what we need,”

According to Mehr, he’s also paying attention to film requirements set by Netflix, Amazon, and other platforms, to ensure their ability to make it onto any one of those platforms. For example, Netflix requires cameras have a true 4K UHD sensor (equal to or greater than 3840 photosites wide), as well as many other technical requirements for filmmakers to be mindful of.

“Right now I’m helping Ben [Mehr] with the equipment list, trying to make sure we meet all the requirements and are doing it within a budget,” said Josh Kleinman, a senior EMF major, and head of editing. “I’m also working with the other departments to get some old stock photos of Baltimore to show what it used to look like versus what it looks like now.”

According to Kleinman, one goal of this docuseries is to unite Baltimore and its surrounding communities.

“A lot of people who live in the county don’t necessarily consider themselves Baltimoreans, so we want to bring everyone together as a whole to address issues,” said Kleinman.

Mehr added that learning more about the city and about who people are as residents of the county, and sparking difficult conversations is important for finding solutions that address the problems the city may be facing.

“Being not political and not picking sides, I feel like it’s a really safe atmosphere to have uncomfortable conversations, and to address that there are problems,” said Mehr. “We may disagree on how to fix them, but we can talk about them.”

The team is still looking for people with passion to get involved.

“We’re all going on the assumption that we aren’t getting paid,” said Mehr. “I mean if we get a really nice budget and are able to be paid for our work that would be great. But, we’re all willing to do it for free. We’re doing this because we’re passionate about it.”

Dupree shared that his ultimate vision extends further than the docuseries itself.

“There are so many talented creators, that if we came together to work on movies like how Tyler Perry is in Atlanta, we should be able to do something like that in Baltimore,” said Dupree. “I want to change Baltimore, which goes beyond this documentary. This documentary is the start to show what we are capable of doing, and then after that we can implement more change and really make this city better.”

The team is officially launching all of its social media sites today, and can be found (@Baltimore_TIWWA) on Twitter, Facebook and Instagram. They will also be releasing a website soon, where people can make donations, and sign up for events to meet the team and learn more about their vision. Updates will be posted on their socials.

“Having the support of the community and knowing that they’re behind us too would really go a long way,” shared Mehr.

If you can’t make a donation, attending one of their events, or simply sharing their story with a friend, is still helpful.

“We just need people to see us and know that there are ways to make positive acts,” said Mehr.