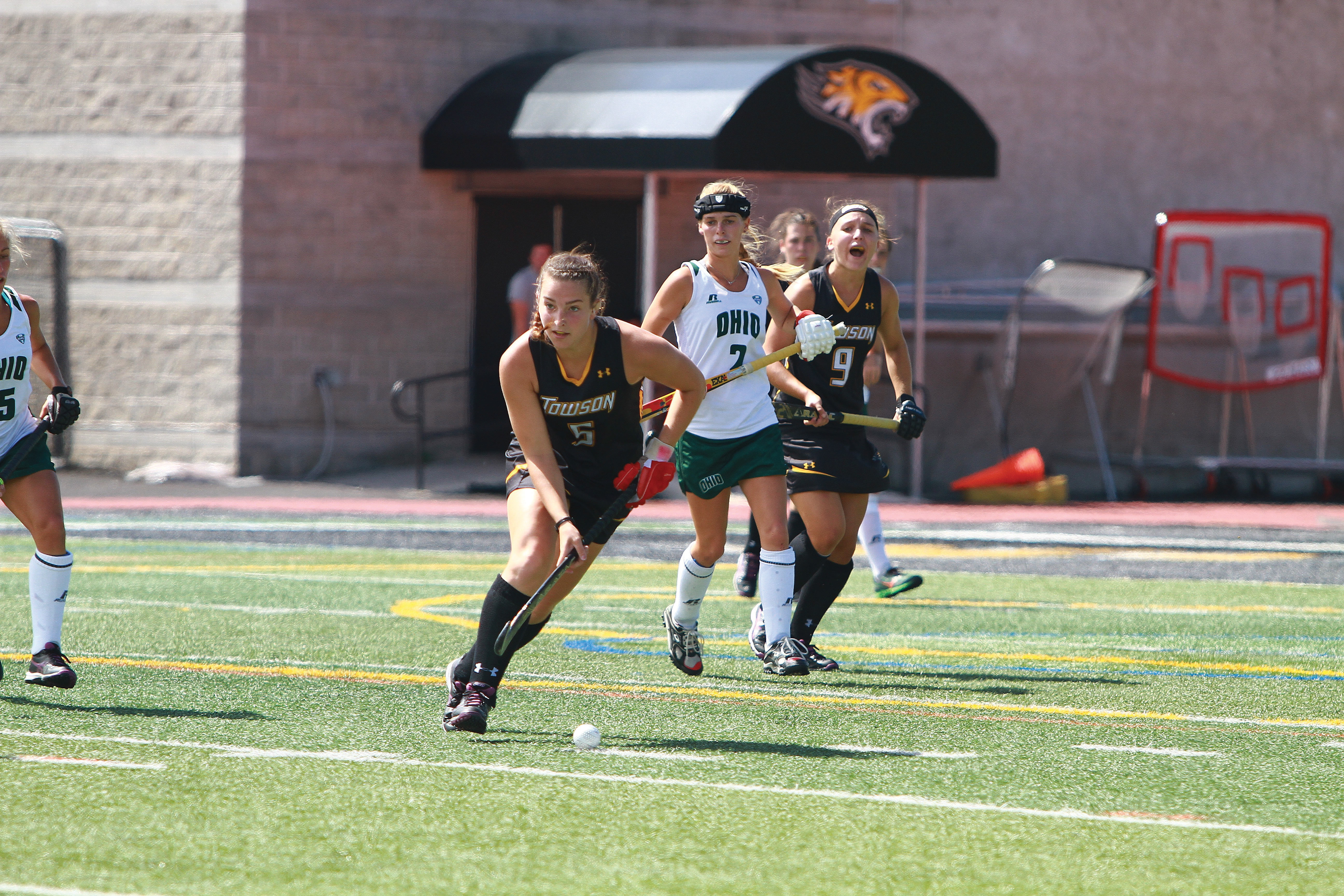 Head Coach Carly Campana said that her team fought hard and accomplished proving they were a capable team.

“I am extremely proud of how they played this weekend,” Campana said.

Ohio got on the board first and took a 1-0 lead on a goal from junior Maria Russell at 20:30. Sophomore Illona Hartman was credited with the assist.

Later in the game, Towson evened the score 1-1 on a goal from sophomore forward Devon Hake at 55:15.

Hake finished the game with one goal on one shot and two points.

However, the Bobcats found the back of the cage one more time on a goal from freshman Brittany Keen at 65:16 to secure the 2-1 victory over the Tigers.

“In past years, [the Tigers] would have given up,” Campana said. “But things in our program are changing.”

Friday, the Tigers defeated the Explorers 2-1 in overtime for their first victory of the season.

“They are confident, they have pride and they are willing to put in the necessary work” Campana said. “I am extremely proud of how they played this weekend.”

La Salle got on the board first at 30:02 when senior forward Abbey Lawrence put a shot past Woodall up high.

Woodall finished the contest with 10 saves and recorded her first victory of the season.

Towson will play its next game Friday at Lafayette College in Easton, Pennsylvania, before returning home to Johnny Unitas Stadium Sunday to take on LIU Brooklyn.

Following its match against LIU Brooklyn, the Tigers will hit the road for a three game swing.