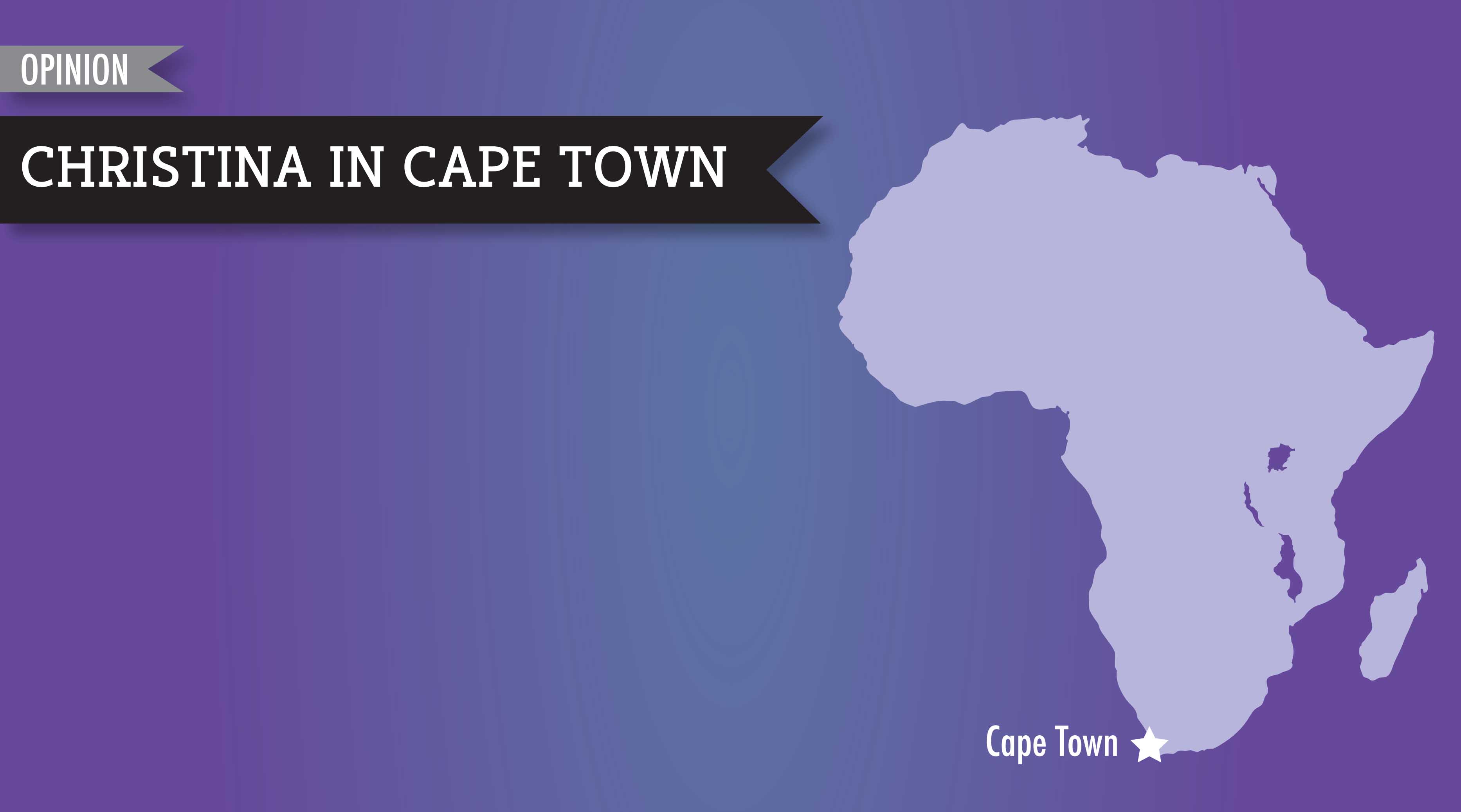 I guess it’s not every mother’s dream to hear that your daughter spent her weekend paragliding off of a mountain. That was the thought I had while standing at the edge of Lion’s Head, strapped to a total stranger, about to jump off.

“It’s completely safe, if you do everything exactly as we tell you to,” they told me as I strapped my helmet and stepped into a pack that weighed just about as much as me.

I wasn’t nervous, I just honestly couldn’t understand what they were saying to me through their thick South African accents and muddled English. They rushed me through signing release papers, hastily threw my belongings on a bus and pushed me toward the edge of the hill.

“We have to jump now, before the wind changes, let’s go let’s go!”

My eyes grew wide as I got close to the end of the mountain. The man strapped to my back was yelling at me to run as fast as I could and not stop.

Shrugging my shoulders, I looked back at him and smiled, “Are you going to be able to keep up?” He laughed, and in a second we were sprinting toward the edge of Lion’s Head.

“I must be crazy,” I thought to myself. If this parachute doesn’t pick up, I’m dead.

But it did. And the view was beautiful. Indescribable really. And once I got my breath back, we did flips and turns around in the sky. And for a few minutes, I was a bird.

But of course, one adventure isn’t enough for a weekend. Feeling really confident after successfully paragliding, my friends and I decided to head to the Cheetah Reserve and make some new furry friends.

Petting a cheetah is something every kid dreams about, but doesn’t expect to happen. Yet there I was, stroking a cheetah as if it were a lap dog. Honestly, it was one of the coolest experiences of my life. The cheetah purred and rolled over, like it was enjoying the attention.

Classes are really picking up now, and sometimes it’s hard to keep up. The language barrier has proved challenging. Although my classes are in English, my professors have thick accents and it’s sometimes hard to understand them. Last week, I started a new volunteer program called Shawco. We take a bus to a township and tutor the children there. It’s challenging to control a classroom of excited children, but definitely rewarding. They are always so excited to see us and genuinely interested in learning.