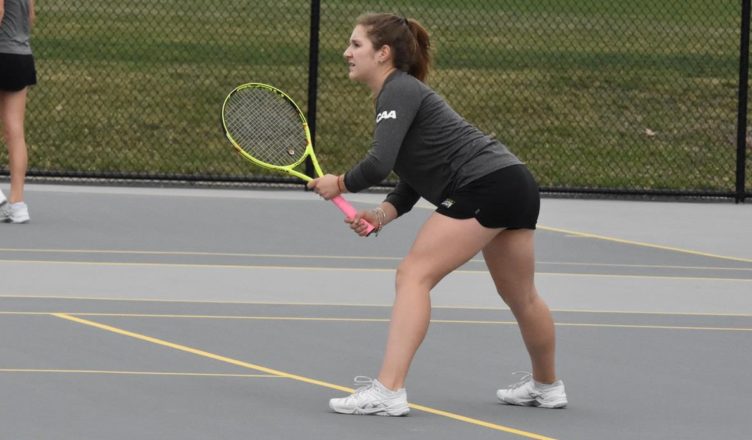 Towson put up a tough fight in Pittsburgh over the weekend, falling to Buffalo and Duquesne.

On Sunday against Duquesne (4-2), freshmen Jessica Assenmacher and Phoebe Collins fell in their doubles match 6-4. The Tigers (1-4) also lost their other doubles matches.

Martinez and Shusterman led the Tigers to a doubles win, but ultimately the team came up short against Buffalo 6-1 on Saturday.

“We won the doubles point but got swept in the singles,” said Head Coach Jamie Peterson. “They actually lost to Duquesne 4-3 on Friday, so they were pretty fired up to play. They were also pretty motivated since we beat them last time we played, 4-3.”

Martinez and Shusterman won their doubles match 6-4 on Saturday and were succeeded with a win by the pair of Gloninger and Haliou.

Buffalo (4-1) dominated in its singles matches, completely shutting out Towson. Despite the lopsided loss, Peterson felt the match was valuable.

“This was a tough loss for us especially after winning the doubles point in such dramatic fashion,” Peterson said. “We had a great opportunity and played well in spots in the singles, but not enough to win.”

Next, the Tigers will come home to face the University of Richmond in Pikesville, Maryland on Feb. 16. at Coppermine Racquet and Fitness.