Wizkid released his new album “Made In Lagos” on Oct. 29. The album consists of 14-tracks featuring artists like  Burna Boy, H.E.R, Ella Mai and more. He also released a music video for his track “No Stress.”

Wizkid, also known as Ayodeji Ibrahim Balogun, is a Nigerian Afrobeat singer and songwriter. He has been in the music industry ever since he was a young boy. He was able to release a few albums that helped him gain national fame.

In 2016, Wizkid rose to international fame with his global song “One Dance,” featuring Drake. The song was a hit sensation; it reached number one in 15 countries, including the United States, Canada, The United Kingdom, Australia.

Wizkid is a newly defined afrobeat artist that is changing the music industry. With his support for activists protesting against the police brutality in Nigeria, he delayed his album release to show respect to the movement.

If you are not familiar with Nigeria’s current situation, the movement is about abolishing the Special Anti-Robbery Squad (SARS), a police unit with a history of abuse. The protest began in 2017 circulating the hashtag, #EndSARS. In 2020, protests started anew in hopes of dismantling the harmful unit. On Oct.11, the Nigeria Police Force announced the abolition of SARS. However, the fight for equality is not over as the Nigerian youth will continue to fight for their rights. Wizkid dedicated his album “Made In Lagos” to his home country in hopes for the Nigerian youth to gain their freedom.

Prior to his album release, Wizkid dropped a single with H.E.R called “Smile” on July 16. The song is a perfect combination of Afro-pop meets R&B. It is a nice upbeat song about appreciating the love you have with someone special.  The track “No Stress” is a groovy afrobeat song that represents the sensual side of Wizkid. “Ginger” featuring Burna Boy, a Nigerian singer, is what defines Wizkid’s creative vision. It is a well-crafted song that makes you want to dance to the beat.

As someone who is new to listening to Afro-pop, I found myself wanting to know more about the genre. I love finding a new genre to listen to, especially a genre that defines a culture. African popular music influences Western popular music such as blues, jazz, afrobeats, salsa, etc. After listening to the entire album, all I can say is that Wizkid is defining a new generation of African popular music. He is an innovative artist that is not afraid to keep his African roots and share it through his music.

The best thing about music is that it has a mutual connection no matter where you are from or how you identify yourself. Melodies and beats are universal in which anyone can understand and just groove to the rhythm. Wizkid’s album “Made In Lagos” shares that connection worldwide. As Afro-pop continues to grow, I am excited to see where it goes next. 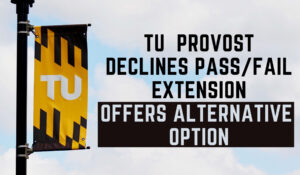