The Tigers struck first on a goal from senior midfielder Brenna Hamm, but the Dukes leveled the score less than a minute later at 1-1.

Following James Madison’s goal, Towson went on a 4-0 run to take a 5-1 lead. Hamm, Natalie Sulmonte, Emily Gillingham and Gabby Cha all found the back of the net during the run.

After the Tigers run, each team scored a goal each and the first half ended with the Dukes trailing 6-2.

In the second half, Sulmonte scored three straight goals to put Towson up 9-2. However, James Madison answered and scored three of next four goals of the game to pull within six of Towson.

However, the Tigers put the Dukes away late in the game on a 3-0 run that included goals from Emily Gillingham, Alyssa Ferro and Kaitlyn Montalbano.

Towson freshman goalkeeper Angie Benson made four saves on the afternoon and finished the game with a victory.

In the first half, both teams battled back and forth and went into the locker room after the first 30 minutes tied 3-3.

In the second half, the Tigers went on a 3-0 run to take a 6-3 thanks to goals from Cha, Michelle Gildea and Samantha Brookhart.

The Phoenix scored three of the next five goals in the game, but the Tigers secured an 8-6 win to advance to the title game against the Dukes.

Towson’s next game will be May 13 at Johnny Unitas Stadium in the NCAA Tournament against Old Dominion. Game time is set for 5:30 p.m. 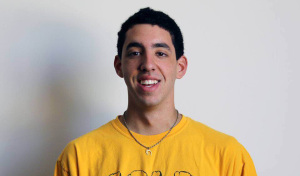