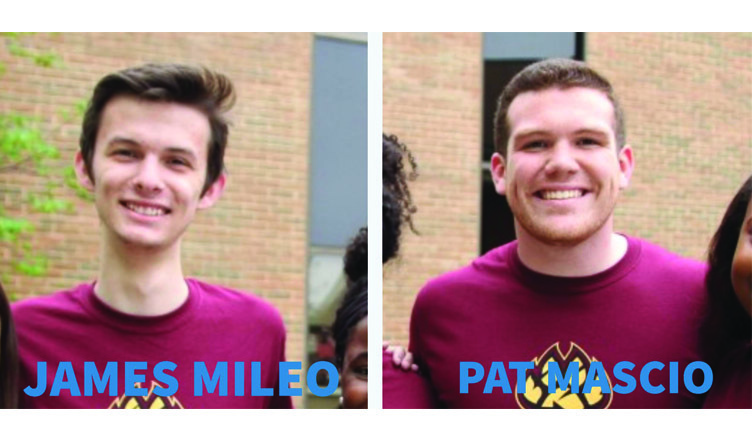 SGA Vice President James Mileo and SGA Attorney General Pat Mascio, who ran together on last year’s unopposed Forward ticket, will face each other as presidential candidates in this year’s SGA election.

Twenty-two senatorial candidates and 2 justice candidates will also run in this year’s election.

The justice candidates are Katerine Delgado and Lauryn Hightower.

SGA will host a debate between the two presidential candidates on May 1 at 8 p.m. in West Village Commons. Towerlight Editor-in-Chief Cody Boteler will moderate the debate.

SGA will officially announce election results at 5 p.m. on May 4, one hour after the polls close.

We will update this story with more information over the weekend.