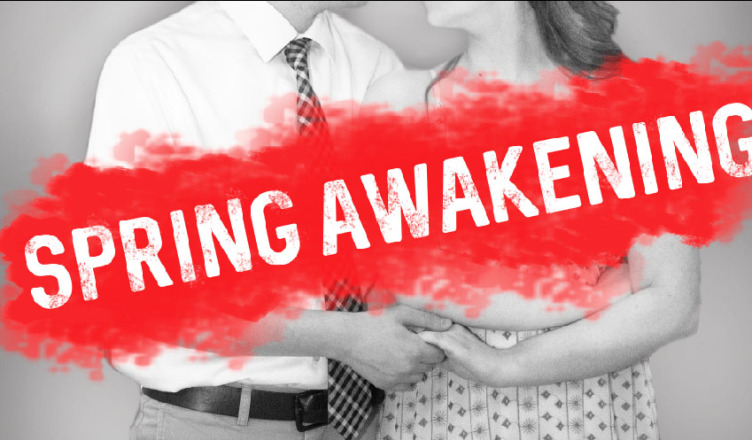 Actors Anonymous President Becca Altschul, who has led the club as president for two years, said the club wanted to perform a show that would resonate with audiences and reflect some of the timeless issues that young people face.

“With everything going on in the world,” Altschul said. “How could we not?”

“Spring Awakening,” the musical by Steven Sater and Duncan Sheik, is itself a reimagining of Frank Wedekind’s German play of the same name. A self-proclaimed response to the Columbine High School massacre of the spring of 1999, Sater’s book and lyrics for the musical explore the stories of troubled students in late-19th century Germany, who are unsure of how to cope with the trials of their emerging adolescence.

After the show originally premiered, its legacy continued to be intertwined with the tragedies of actual students when the Virginia Tech shooting occurred in the spring of 2007, only four months after the opening of the musical’s original Broadway production.

Now, in the shadow of the Parkland shooting and the movements its surviving students have inspired, Actors Anonymous hopes to bring light to the still-relevant topics of “Spring Awakening.”

The production’s deliberately contemporary costumes and props highlight the story’s lasting importance to modern audiences, but “Spring Awakening” is not just a reminder of the problems permeating society.

Sheik’s accessible alt-rock inspired musical numbers offer the emotional thrills only a musical can provide, with the untamed rebellious spirit of its rock genre roots. The repressed feelings of the characters often explode on stage in song, culminating in the notable foot-stomping, profanity-packed numbers.

Actors Anonymous brings these memorable moments to life with its skilled cast of all different levels of theater experience, bolstered by the accompaniment of the show’s impressive seven-piece band, the first live band to join an Actor Anonymous’ production in the club’s history.

“The cast is so full of energy,” said Towson junior Jacob Zeranko, an acting major who is playing the role of Moritz Stiefel. “They really love the show.”

Exposing the dangers of improper sexual and mental health education, “Spring Awakening” uses the dramatic consequences of ignoring these challenging subjects as a way to inspire change, not only for the world of its characters but for the world of its audience as well. Amid the #MeToo movement, “Spring Awakening” sheds a light on consent and sexual assault among young people.

By giving names and faces to serious realities affecting young people, such as depression, abuse, suicide and teen pregnancy, “Spring Awakening” aims to connect with viewers who are experiencing the same struggles in their own lives.

Molly Mendelson, who plays Ilse Neumann, expressed how the show is meant to give audience members a sense of support.

The weight of the show’s topics does not deprive it of joy, however. Despite its daunting themes, the show first and foremost offers fun, said cast member Eric Paneula, a sophomore who is playing Otto Lammermeier.

At a time when drastic positive change can seem like an uphill battle, “Spring Awakening” teaches about the strength that younger generations can learn from the failures of the people and systems that preceded them.

“[The show] is a testament to the power of young people,” Ray said.

“Spring Awakening” is the third theatrical show Altschul has directed with Actors Anonymous. Watching the organization blossom into its current 20-person cast and creative team, Altschul is proud to have seen her actors grow during the journey of this production.

“Those are my kids,” Altschul said. “They call me mom. They’ve truly changed my life.”

The cast is composed of a very diverse set of students, and while their majors and levels of acting experience may vary, their passion for this production unites them. The group includes many who have participated in theater prior to their time at Towson, but Zeranko said they have been fully welcoming to students from all backgrounds.

“You’ve never needed a voice lesson before,” Zeranko said. “There are plenty of people jumping in.”

Actors Anonymous doesn’t require members to be acting majors. Instead, the club provides theater-interested students an outlet that may not have been offered to them otherwise.

This opportunity creates a creative melting pot between full-time acting students, such as Zeranko, and Towson students studying an array of other fields.

Several members said their favorite part of the production was simply the cast itself — the friends they surrounded themselves with every week and who have helped them deal with the show’s challenging subject matter.

“There have been moments like, ‘Whoa, this is too much for us,’” Panuela said. “But we can do it because we get through it together.”

As for the future of Actors Anonymous, they have even more in store for this spring. On May 13 and 14, the group will return with their production of “A Full Table,” a play written by Towson freshman Keche Arrington.

Altschul is keeping Towson on the edge of its seat for details of what’s to come next semester, but she does promise one thing for the upcoming season.

“Big things are coming in the fall,” Altschul said.