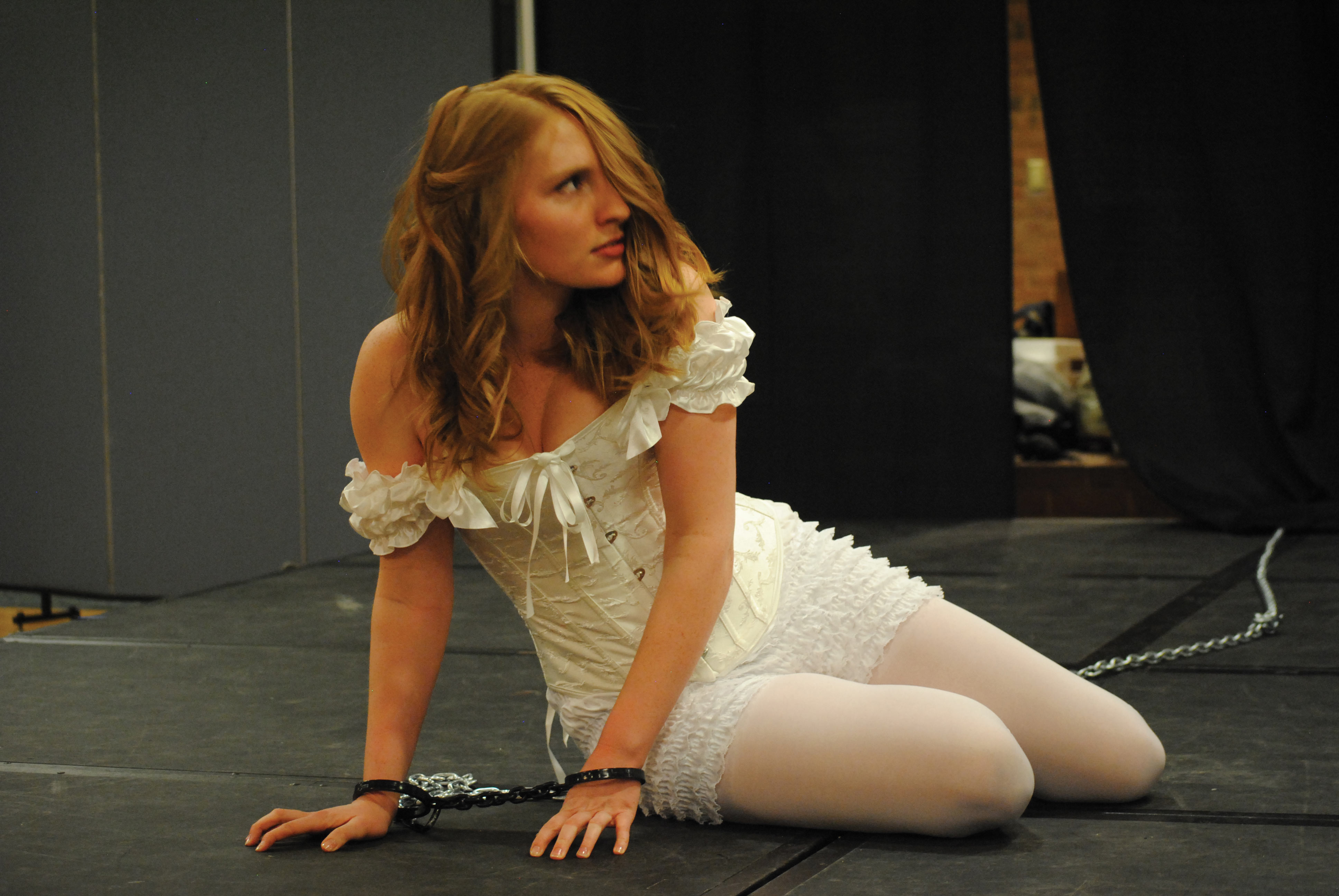 When president of Actors Anonymous, Timothy Huth, found out that he only had two weeks before the performance date to concoct a story and a script, doing a two-act version of “Dracula” was definitely out of the question.

However, after a 36-hour writing session, Huth’s one-act version of “Dracula” made it to Towson’s campus April 8 and 9 in the University Union.

This one-act play was roughly an hour in length, featuring only four crew members and five cast members—and no theatre majors.

The director of this performance, Adanze Chukwuocha, said that having such a narrow timeslot between the performance and casting date left no time to waste.

“The casting process took about a day,” Chukwuocha said. “As a result of the lack of time, we had to create something spectacular. The cast has been rehearsing for less than two weeks.”

Rehearsals took place almost the day after casting was done with. The creative team had to work together quickly and efficiently for less than 14 days.

“Each rehearsal lasted for about three to five hours,” Chukwuocha said.

“The costumes in this show were designed by Grace Kane, and in my opinion they were the best costumes we’ve ever had,” Huth said.

A diverse audience of Towson students attended the show, many of whom were not theatre majors but just wanted to view the show.

“After seeing another version of the play ‘Dracula’ for a previous Vampire Studies class, it was really fascinating seeing the play being portrayed in a new light,” sophomore math and secondary education major Samantha Rangos said.

This show was the grand finale of Actors Anonymous’ work for this academic year, as well as the last performance for Huth.

Actors Anonymous are scheduled to be back with new performances next semester.