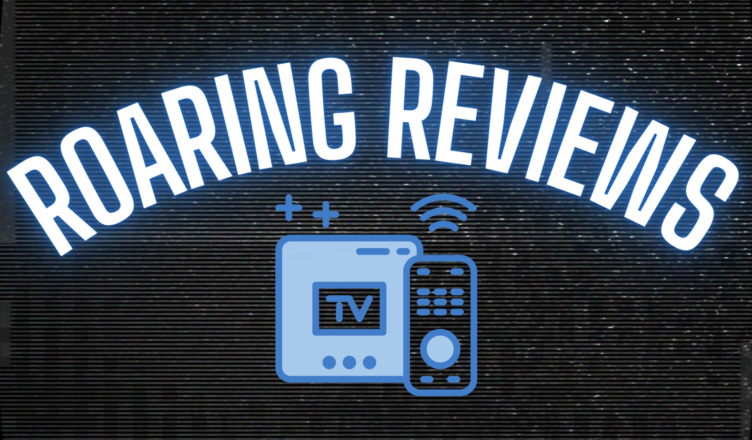 Here we are! The final couple of shows I watched, and I saved some of the weirdest, and absolute worst for last, so here we go, beginning with the least interesting. 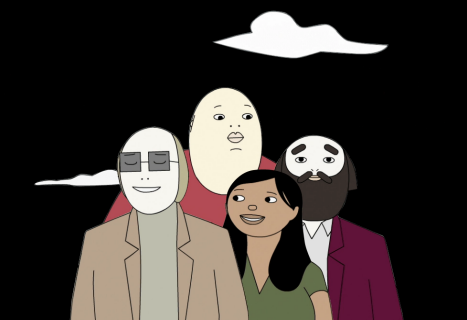 It’s a boring college comedy that tries to be crazy and wacky, but somehow ends up feeling more boring because of it. It takes place in the modern day, where a resurrected Ronald Reagan has become president again, and in the worst university in America, wacky hijinks happen like professors trying to hook students up and horrible massacres occur. However, it’s more boring than I make it out to be with jokes going on too long, and most jokes being some sort of “haha sex” or “haha naughty word.” Honestly, I find there to be very little to say about this show. It’s boring, but I could find people enjoying it for its fun art style and weird storylines.

I kind of love this show. It’s not very good, and it isn’t better than YOLO: Crystal Fantasy, but it’s so imaginative and doesn’t care what you think and wants to be whatever it wants to be. Now, it only really has one joke, which is gross-you-out gore/puke/other bodily fluids, but the animation is so wild and the world is so imaginative that I found myself kind of mesmerized by the whole thing. I won’t go into story specifics because honestly, it doesn’t matter; it doesn’t care and neither should you. It’s about the ride the show wants to take you on. Not that I’d recommend anyone watch it unless you have a strong stomach and a love for weird. If you’ve ever seen Beavis and Butt-head Do America and remember the scene where they trip in the desert, that’s the style they are going for. If you haven’t, go ahead and look that up, and if you love that, go ahead and give Superjail! a watch.

This is so, so stupid and lame. It’s like Scooby-Doo but with adults and weird- and funny sex jokes and…You know what, never mind skip this one, I don’t recommend it. It sucks. I’m moving on.

Originally I was going to skip this one, but as I tried to write about Hot Streets, I realized I thought so little of that show I couldn’t think of anything worthwhile to say. Instead, here’s a show that’s actually interesting. In a post-apocalyptic future, everyone plays a game called The Game where you kill your opponents to make goals, but it’s the future so everyone can come back! A crappy underdog team ends up obtaining the help of one of the best players in the world and the show follows their rise to the top. What makes this show interesting is that everyone has a different art style, from traditional Japanese anime style, to weird American

style, to Family Guy adult animation style. It’s a ton of fun to see the constant style changes. But, it isn’t funny…like, at all, so you are very much watching for a spectacle similar to Superjail!, but there’s an actual story here. If the idea sounds cool to you though, give it a watch.

I grew up with the Internet. I discovered Newgrounds when I was young, which featured low-quality silly animations by young artists looking for a place in the world. Most of the humor was bad shock humor with gore, curse words, or racism. Of course, as a 9-year-old, I found this fascinating and funny. Grown up and looking back, most of it is absolutely terrible, but it was a different time and made by one person, so I can’t judge. Why do I bring this up? Because 12oz Mouse is one of the absolute worst examples of animation I have ever seen in my life. It’s the least funny, least effort disgrace to animation I have ever seen in my life. There is no plot — the alcoholic mouse wants a job, that’s it. Just look at the image I included. Everything else also has that level of no effort in this show. Here’s an example of a joke: a character is an eyeball, and the mouse asks, “What’s it like being an eye?” The eyeball answers, “Nice.” That’s it. Do not watch this, it’s not even worth the curiosity.

And that’s it! Thanks for reading! Hope you enjoyed reading and please, let me know if you’ve watched any of these shows in the comments!