Towson University graduate Daniel Coverston was murdered at just 22 years old a decade ago in his Towson apartment in the 7000 block of Lachlan Circle. Now, 10 years after his unsolved murder, another murder has occurred in that area.

On Friday, March 29 at approximately 9:43 a.m., the Towson University Police Department (TUPD) became aware of an off campus homicide in the 6900 block of Lachlan Circle. The Baltimore County Police Department (BCoPD) responded to a call for a victim on the ground in that area and later identified the victim as Dennis Joseph Buckley.

Former TU student Khalil Zakee Yeldell was arrested last Friday as a suspect in the murder.

Though many students say they generally feel safe on campus, this recent murder heightens some students’ concerns that being off campus in Towson offers a higher safety risk.

“The problem isn’t Towson University,” said Silas Taylor, a senior psychology major and Towson Place resident. “The problem is outside and all of the things on the periphery.”

TU Chief of Police Charles Herring said that students are more prone to crime off campus.

“You are five to six times more likely to be a victim of a crime off our campus and in the general area of Baltimore County than you are on our campus,” Herring said.

According to Herring, TUPD has a Memorandum of Understanding with BCoPD stating that TUPD’s current jurisdiction includes the University’s campus, surrounding streets and any USM property that is leased, rented or owned.

Anything that does not fit that description falls under the jurisdiction of BCoPD.

“We meet regularly with the county to review the terms of the MOU and also the jurisdictional boundaries and we try to adjust them as we need to,” Herring said.

“We remain committed to doing everything possible to keep our Towson University community safe,” Schatzel said in the message. “I want to thank the Towson University Police Department for their work toward that most important priority for us all.”

Bayann Amer, a sophomore law and American civilization major and Donnybrook Apartments resident, stopped by the murder scene on the morning of March 29 when police were investigating the area.

“I was pretty concerned because it was a murder,” Amer said. “I was nervous to be there.”

Amer said she feels safe walking on campus because of the blue light emergency phones, which are scattered across campus and allow students to contact TUPD.

But she has different thoughts about Donnybrook.

“Sometimes, I go visit my friend who lives on Garden Road,” Amer said. “I’ll leave her apartment late and get scared to walk, so I hold my pepper spray in my hands.”

Despite concerns about off campus safety, TU has a good reputation among a number of students regarding on campus safety.

“When I came to Towson I felt safe on campus,” said Rachel Wallace, a freshman psychology and sociology double major and Prettyman Hall resident. “Walking around, everyone was really friendly so I didn’t feel threatened.”

In February of last year, Towson University ranked in the top 100 of the National Council for Home Safety and Security’s list of 2018’s safest college campuses.

Just two years ago, Uniform Crime Reporting (UCR) statistics showed that Towson University was the safest campus in the University System of Maryland.

According to Herring, the blue light emergency phones are placed so that, no matter where someone is on campus, there is always at least one visible even at night.

“People use them as a way to feel safe and secure when they’re on campus because they’re visible at night,” Herring said. “That’s why they have a big blue light on them.”

Many of the blue lights also have CCTV cameras attached to provide TUPD with constant vision of campus.

Maya Richard, a freshman dance and psychology double major and Douglass House resident, said she likes the blue lights and appreciates TUPD’s crime alerts, which are normally sent after a crime has already happened.

Crime alerts are available to students through email and text messages.

“It makes me feel good that I know they’re paying attention and reporting [crime] and keeping us all updated,” Richard said.

TUPD also has the ability to see what users of the Safer Mobility phone app see when it has been activated, according to Herring. The app allows Towson community members to quickly get in touch with TUPD’s dispatch center with a “touch to call” button.

The dispatch center is provided with a video and audio connection so officers can see and hear what the user does. A video connection, however, is only guaranteed if you are within the app’s geofence that surrounds the campus.

Herring said that once outside the geofence, the app goes into 911 roaming mode and connects the user to the nearest 911 dispatch center as if they dialed 911.

TUPD also provides safety services like Safe Walk. This allows students walking alone to call a non-emergency number to get a uniformed officer to walk with them to their on-campus destination at any point during the day.

“I feel like there’s a lot of Towson police in the area, so that feels good,” Harsel said

Despite a myriad of safety measures on campus, Herring said students must be proactive about staying safe too.

Herring said that students should be sure to keep track of their items, making sure belongings don’t remain unattended.

“The problem crime on campus for us – and that’s not to say it’s not the most serious but it’s the crime that occurs most regularly on campus – is theft,” Herring said.

Herring said theft is often a crime of opportunity. When bags are left unattended in populated places like Cook Library or the University Union, it becomes easy for your items to become a target.

Though TU is respected for its on campus safety, Herring stressed that students should remain cautious about their surroundings no matter where they are.

“Be aware of what you see,” Herring said. “If it doesn’t look right it probably isn’t right for you so call us. Go somewhere you feel safe.” 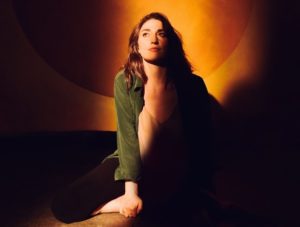