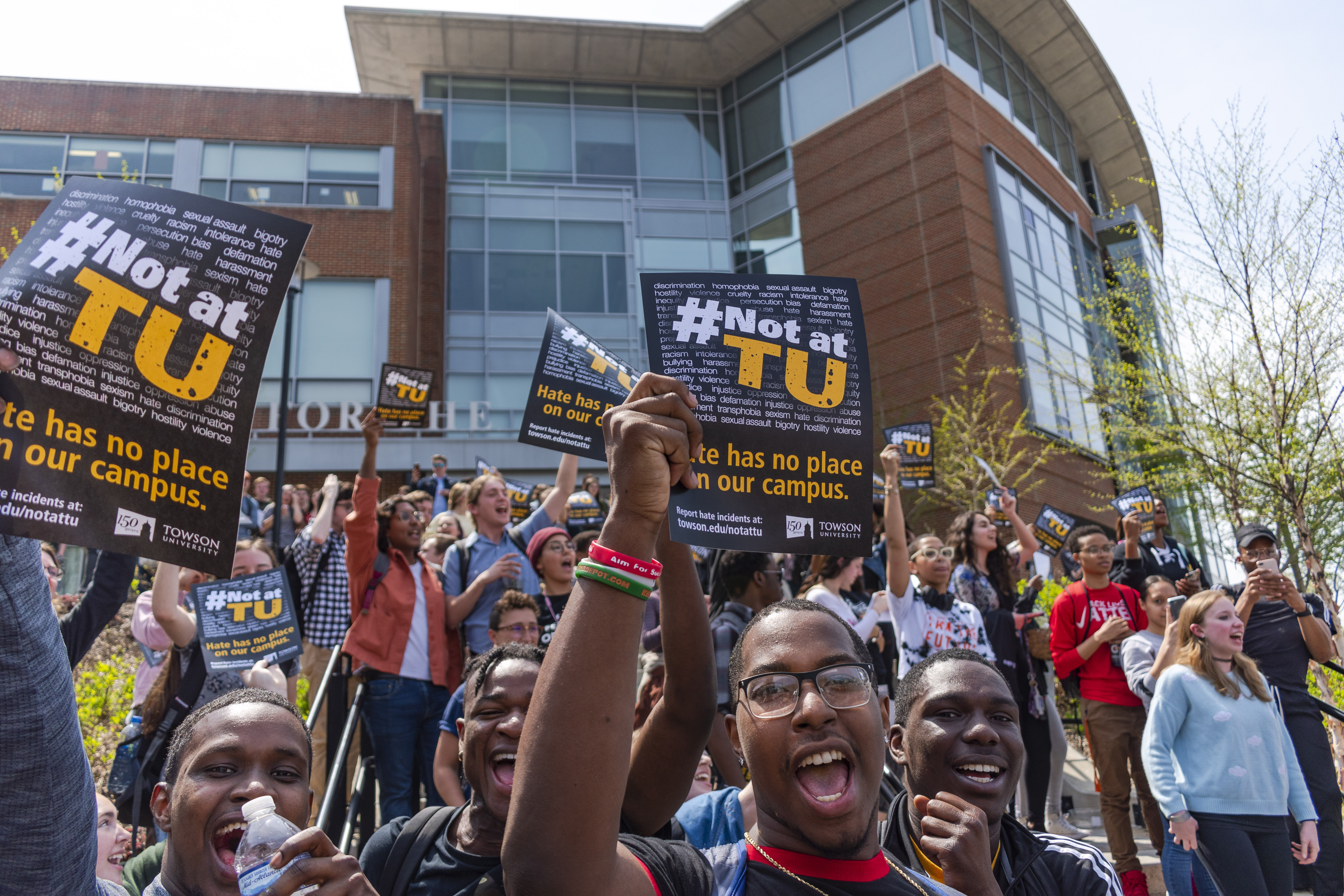 Editor’s note: This story was updated on Monday, April 21 as follow up from initial online publication on Thursday, April 17, 2019.

Anti-LGBTQ+ and anti-Muslim protesters gathered at Towson University Thursday afternoon and were faced with backlash from University students.

The group of four protestors, who call themselves the “Bible Believers,” began “preaching” to students around 12:30 outside of Cook Library. The group drew a crowd of students and were shouting anti-LGBTQ+ rhetoric.

Towson we have a problem…. pic.twitter.com/ylkB5aZ1oW

The protesters were moved by Towson University Police and continued their demonstration in front of the College of Fine Arts Building on Cross Campus Drive shortly after.

“We got an email that morning that they were going to be coming here,” said Sean Welsh, Towson’s associate vice president of communications & media. “We had staff there at Cook Library when they arrived, or shortly after they arrived, that told them they were not welcome on campus and they needed to move to a public space.”

Cross Campus Drive is not a campus street, and as such is open for those who wish to use it.

The protestors stood on the sidewalk, where they pulled out an electric megaphone and began to make comments about how women dress and abortions.

“I want to thank you for not killing your baby ma’am,” one protestor said as a woman walked up to the CFA, pushing a stroller with a baby inside. “I do give compliments. This is not just about condemnation. A lot of you girls have killed your offspring. Some of you boys even paid for an abortion, you dirty dog loser. What kind of father kills his own baby and pays for an abortion?”

Towson student Shawn Drinan Jr. said that the protesters’ rhetoric makes people angry with the church. He came to converse with the protestors.

“We try to spread the message of the gospel but I feel like what they’re doing is very aggressive and an almost hateful way of doing it,” said Drinan, a member of Restoration Church. “So we wanted to have a conversation with them and ask them why they think that’s the method that’s going to win hearts over, you know?”

Students also chanted “Not at TU” and “Love is Love.” Protester James Jenkins, 29, was arrested by Baltimore County Police. The Towerlight has been unable to confirm charges, but The Baltimore Sun Writer Libby Solomon reported via Twitter that Jenkins has been charged with second-degree assault, disorderly conduct, destruction of property and disturbing activities at a school.

#NotatTU is a campaign that was relaunched by the University’s Student Government Association in November of 2017 to inform students about maintaining and promoting an inclusive environment on campus. The campaigns hashtag was a Twitter Trend Thursday evening into Friday.

Hey Towson University.. this is how we respond to hate pic.twitter.com/qcbE8oe3di

A campus-wide email was sent from University Communications at 3:27 p.m.

“Earlier today TUPD was notified that an external group of protesters had plans to “exercise free speech” on our campus,” the email said. “TUPD relocated and isolated the group the public right of way, communicated to Baltimore County Police Department, and continues to monitor and ensure the safety of our campus community members.”

TUPD sent out a text to those signed up to receive them at 3:39 p.m. which read “Avoid Cross Campus Drive: For the safety and flow of traffic, we ask the campus community to avoid the area of Cross Campus Drive Thursday afternoon.”

Sophomore Kearstein Johnson said she found the protesters’ demonstration to be appalling.

“The fact that someone can say such vulgar and offensive things, and use religion as a defense and justification, is repulsive,” Johnson said.

Towson University’s email statement said that the University upholds their values toward a “diverse and inclusive campus.”

Towson University President Kim Schatzel, who was not on campus during the protest, also sent out a statement later that evening acknowledging that while the group had a right to use public space to demonstrate free speech, their message conflicts with efforts being made to make the University a more diverse and inclusive campus.

Schatzel also announced that TU will hold a University-wide teach-in in response to the protest. It will be a time for the community to gather and discussed what happened at the protest, and what the best practices and legal rights are of students during situations like this. Details about the event are still being worked on, according to Welsh.

“I am proud of our students’ and our community’s positive response,” Schatzel’s statement said. “The demonstrators’ unsuccessful attempt to challenge our institutional values as a welcoming, diverse and inclusive campus was met with a community that proudly displayed our support for each other and our priority for safety. Our entire community was inspired by the sounds of the TU Marching Band as well as those who raised inclusive flags, and waved #NotatTU posters to drown out hate with love.”

Previous post This is what makes the NBA Playoffs great 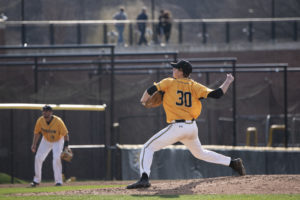