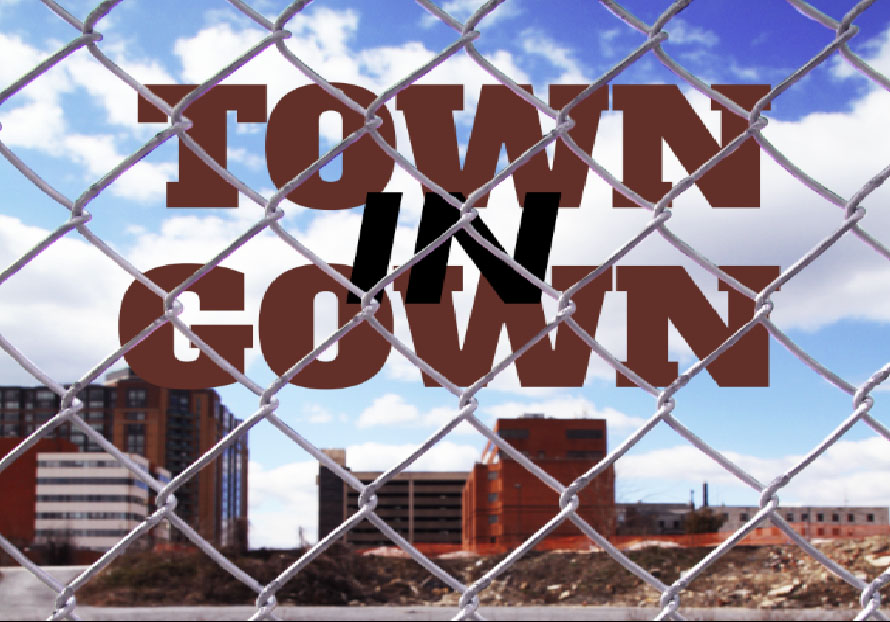 You only need to travel up York Road to witness some of the development projects coming soon to Towson.

Baltimore County Councilman David Marks has seen Towson’s growth over the past eight years since he was elected to the county council in 2010.

Marks said he is most looking forward to seeing the completion of Circle East, a 240,000 square foot, mixed-use development.

“Circle East is a transformational project that involves the renovation of the Hutzlers building [where the Barnes and Noble used to be located] and construction of new retail and residential units on Joppa Road,” he said. “It will greatly improve a key gateway into downtown Towson.”

Construction on Circle East began in September 2017 to convert the then-Barnes and Noble store and other retail locations below the Towson Circle into new residential and retail properties.

Executive Director of the Towson Chamber of Commerce Nancy Hafford said she is particularly excited for the additional housing that the AvalonBay apartments will bring to the area as part of the Circle East project.

Construction on Towson Row began in 2015, but was halted after a large boulder was discovered on site. In December 2017, the Baltimore County Council voted to provide nearly $43 million in financial assistance to the project’s developers.

Hafford praises the Towson Row development and the impact it will have on Towson’s economy.

“It will bring thousands of well-paying jobs to our community — during construction and once it’s built,” she said.

As the Towson area continues to grow, Towson University President Kim Schatzel looks ahead to the University’s own expansion.

Schatzel said Towson University is “looking to make an investment in the core [of Towson.]” She said she would like to create a space off campus to house the TU Incubator and a business engagement center.

According to Schatzel, TU has a 200,000 square foot shortage of space on campus. Schatzel said the University is currently scouting locations to move certain non-academic partners off campus to make room for Towson’s academic growth.

Schatzel said that while Towson University has already earned a name for itself, she wants TU’s presence to become even more widely known and for Towson to be more visibly regarded as a college town.

“One day … when you’re driving to Towson from the other side, you’re going to know Towson University is here,” she said. “That black and gold is all over the place. That it has that sense that we’re here.”

Schatzel pointed to TU’s role in employing many area residents as one of the ways that Towson University is making its mark.

“It’s not just the students,” she said. “A lot of the people that live in Towson work for or somehow connected with the University. We want to be good neighbors. The community around us is really important to us.”

In a college town like Towson, the University and the surrounding residential and commercial areas are often able to form a mutually beneficial, cultural and economic exchange.

The University provides faculty and staff who may choose to raise their families in the area, and a consistent flow of students who rent apartments, seek employment, and contribute to the local economy. In return, the neighborhood fosters its own atmosphere and off-campus life to give some students a place to live and spend their free time for the next four or more years – or perhaps even for life.

Marks acknowledged the close ties between TU and the Towson area.

“Towson University and Goucher College are key elements as we look to improve the Towson area,” he said. “Not only are these institutions major employers and centers for education and culture, but higher education is in many ways more resilient when there are periods of economic downturn.”

Of course, this “town and gown” relationship isn’t without its difficulties.

Wendy Jacobs, Green Towson Alliance co-founder, highlighted the responsibility that both Towson University and Towson area community members have to protect the environment.

“As Towson University grows, Green Towson Alliance calls upon it to be a model of green design, development, and construction practices to inspire and elevate all commercial development in Towson and the region,” Jacobs said.

Jacobs urges TU to take care of the land on campus by maintaining its streams and expanding its shade tree planting, “not only to replace the shade trees that have been removed to make way for new buildings, but also to achieve a high canopy coverage overall.”

As part of the construction of the new science complex, Towson University removed approximately 89 trees from the Glen Arboretum. Those trees will be replaced with 98 trees once the science complex is completed, according to TU’s website.

“Expansion, restoration and preservation of TU’s green infrastructure is essential and must not be an afterthought,” she said. “It will go a long way toward buffering the surrounding communities from the negative effects of more traffic and heat island construction.”

The Towson area is looking to gain a handful of new green spaces this year.

The owners of Radebaugh Florist and Greenhouses sold a portion of their land to the county in 2016 to make way for a pocket park. Construction on Radebaugh Park is set to begin later this year.

Construction is also underway on Patriot Plaza in a space that was previously a concrete area between the Baltimore County circuit court and historic courthouse buildings. The plaza, which features memorials to police officers and firefighters, will add more green space to the city center.

In addition to being environmentally conscious while on campus, there are other ways in which Towson students can be mindful about their place in their community.

Jana Varwig, associate vice president for student development programs and services, said students should be respectful toward their neighbors

“Students can be better neighbors by being considerate when they walk through the neighborhoods at all hours, but particularly at night when others are sleeping,” Varwig said. “If students are coming back from the center of Towson late at night, I encourage them to take the TU Last Call Shuttle for their own safety as well.”

Varwig encouraged students develop relationships with their neighbors by coming out to the Towson farmers market and Feet on the Street concerts in the summer and fall.

Varwig also suggested students should look for ways to help their neighbors in need.

“Students can also join their neighborhood community association and get to know their neighbors,” Varwig said. “Helping neighbors during snow and ice will go a long way towards developing good relationships with any neighbors.”