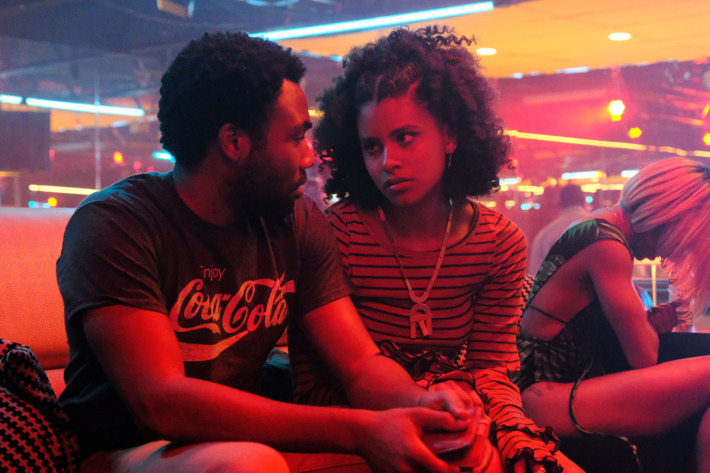 Van (Zazie Beetz) finally returns to “Atlanta” in “Money Bag Shawty.” The episode’s director, Hiro Murai, even plays with the reveal a bit, choosing not to directly show Van’s face during her first lines of dialogue. While the actual entrance lacks on-screen fanfare, it’s one of the episode’s biggest surprises, precisely because of how casual it is as she greets Earn (Donald Glover) with a simple, “Hey, babe.” Although the first season ended with Van and Earn on good terms, it seemed as if her absence since then hinted at an off-screen falling out, but “Money Bag Shawty” shuts those theories down. Despite their turbulent history, they seem to be at one of the best places in their on-and-off relationship, financially and emotionally. In fact, Van and Earn are probably more pleasant to each other in this one episode than they were during the entire first season.

Just as Earn’s career has reached a new high with his latest paycheck, his relationship with Van has grown with it. However, when Earn decides to celebrate that paycheck by only paying with hundred-dollar bills, his stubbornness proves to be his downfall. Taking Van to an upscale movie theater, a hookah bar, and even a strip club, Earn tries to find a way to use even just one hundred-dollar bill, but he’s constantly denied that privilege by the cashiers and business managers he meets along the way. The movie theater claims to reject Earn’s large bill due to a new policy, but the cashier doesn’t put up any fight when the white customer in line wants to pay with a hundred-dollar bill. Van offers to pay for the tickets instead, but Earn insists on fighting the theater’s racist policy.

He’s not wrong for trying to expose the racist business practices he encounters throughout the night, but “Atlanta” shows that he’s fighting a losing battle. There is a system of practices, whether conscious or not, that prevents minorities in America, especially black men and women, from enjoying equal opportunity and treatment. But in many cases, fighting against it is a double-edged sword. Even in Clark County’s experience, the people who have the power to offer opportunities, such as “The Fast and the Furious” soundtrack appearance that Al (Brian Tyree Henry) coveted, aren’t very generous with them. Sometimes in order to succeed at all, you have to participate within that system rather than trying to desert it altogether.

Earn’s refusal to accept this is exemplified in the episode’s final sequence, with his foot-race against former NFL quarterback Michael Vick in the parking lot of a strip club. Although the show cuts away from the race after Earn’s first step, it’s clear that he lost miserably when it cuts to Van and Earn silently riding back home, sitting as far away from each other as the back seat will let them. Earn’s stubbornness and pride having ruined the night, Van reminds him bluntly that, of course, he couldn’t win, “It’s Michael Vick.” 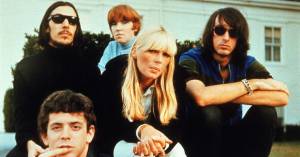 Previous post Five underrated bands to listen to this week