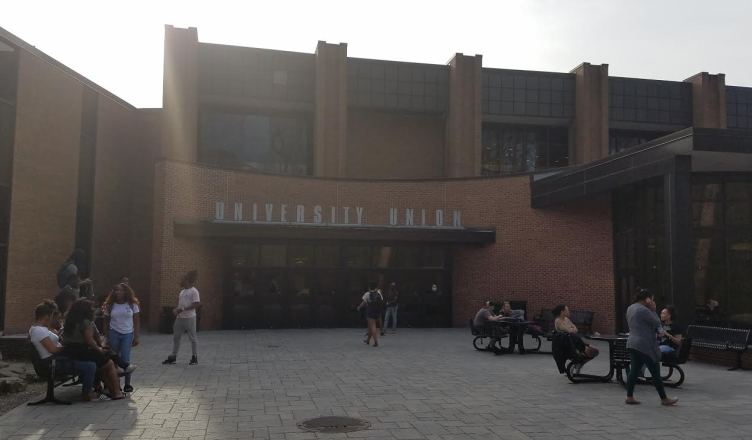 Attorney Kate Northrup urged women and other marginalized workers to know their rights in regards to equal compensation and other types of workplace discrimination April 4 during a conference and lecture in recognition of Equal Pay Day.

“You are the next generation that can help uphold these civil rights laws,” she said.

Pamphlets published by the United States Department of Labor – and distributed to attendees –  gave a brief overview of all the legislation, regulations and procedures that people have at their disposal to file a complaint with the Equal Employment Opportunity Commission, which is responsible for hearing workers’ complaints of discrimination in the private sector and enforcing federal anti-discrimination laws.

Northrup, a Federal Supervisory Attorney with the EEOC, has dealt with these cases of discrimination for 23 years.

Northrup emphasized the necessity of knowing your rights in the workplace, particularly focusing on current college students who have the privilege of attaining a higher education that they can use to help others. After a quick explanation of the EEOC’s role as a federal agency, Northrup reviewed legislation that prohibits discrimination based on gender, race, color, national origin, religion, disability, age and genetic information.

“I feel like it’s pretty ridiculous that there still is a disparity between wages,” said student Makaya Kreamer. “Especially if you look at the wage gap between women themselves. Like Hispanic women make even less than white women on the dollar. I also think it’s pretty crazy that people genuinely don’t think [the wage gap] exists, even though there is statistical proof that it does.”

According to the American Association of University Women, women are paid about 80 cents to the man’s dollar. In 2015, Asian American women were paid 85 percent of what white men were paid; white women, 75 percent; African American women, 63 percent; Hispanic and Latina women, 54 percent. Other factors, such as age and education, echoed similar pay gaps between men and women.

Workplace discrimination is not limited to pay, but can occur from a wide array of situations involving unequal opportunities.

“I feel like the gap is definitely a problem and I think we need to address it,” said student Sarah Hawk. “I think the best way to do that would be to through legislation, advocating your beliefs, and writing letters to your local government officials.”

According to Northrup, even a workplace that doesn’t allow workers to openly discuss their own salaries and pay information with each other, despite not necessarily being illegal, should be looked upon as suspicious.

“It should be a red flag if you apply to work for a place that prohibits you from discussing your pay with others,” she said.

If students have any concerns that they may be experiencing discrimination in the workplace, they contact the EEOC at 1-800-669-4000 or visit the EEOC’s field office in Baltimore to file a complaint.

— Marcus Dieterle and Bailey Hendricks contributed to this article.