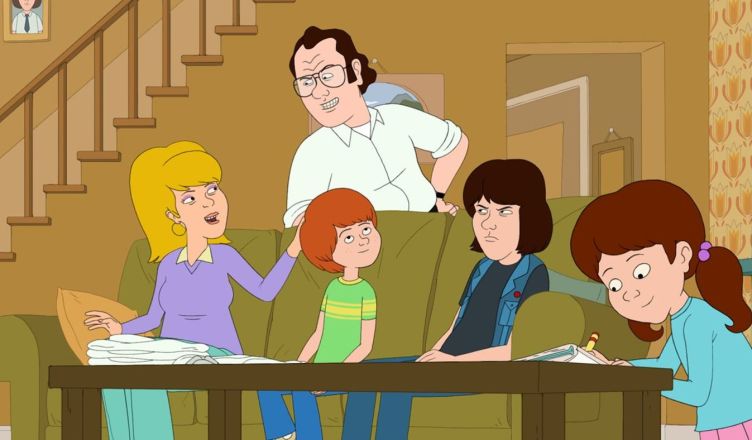 Nothing brings the family together quite like a wholesome, entertaining sitcom. But“F is for Family,” stand-up comic Bill Burr’s web animated sitcom available on Netflix, is not a show recommended for younger viewers.

The comedy show, set in the 1970s, follows the misadventures of the Murphy family as they live through a time without political correctness. Burr voices the main protagonist Frank Murphy, a short-tempered father and Korean War veteran, with Laura Dern as his wife Sue, Justin Long as his eldest son Kevin, Debi Derryberry voicing his daughter Maureen and Haley Reinhart as his young son Bill.

“F is for Family” debuts its third season on Nov. 30. This season, Vince Vaughn joins the cast as Colonel Chet Stevenson.

The show’s first two seasons demonstrated the financial and emotional struggles that the Murphy family faced due to difficulties in the workforce, but Burr hinted that the third season will introduce more external forces.

“It’s definitely our strongest season,” Burr said. “Frank and Sue get consumed by matters outside of their family which ends up affecting the family in an averse way.”

“F is for Family” is based on Burr’s experiences as a child and as a stand-up comic as well.

All of the writers for the show also get to pitch their childhood stories when formulating the plot.

Burr uses those memories to build character arcs and situations for each episode. He said that sometimes he implements exact memories into the show as well.

Burr recalled how Dave Kushner, the music producer for the show, once told Burr of a time when he drunkenly ran out of a club with his amp and guitar in hand on Sunset Boulevard. Kushner tripped and instinctively saved his guitar from falling rather than himself, so he ended up with a few busted teeth.

Burr replicated that incident in one episode of the show as Kevin suffered the same fall, much to Kushner’s approval.

“Those are my most fun moments for the show,” Burr said. “I forgot we put it in there, but we were watching the episode and saw Kevin do it and he goes, ‘Was that my story?’ He got such a kick out of it.”

Though Burr said he enjoys incorporating whacky moments, he stressed that he doesn’t want the show to become too out of touch with reality. Burr pointed to Michael Price, co-creator and co-writer of the show, as someone who helps him maintain a sense of realism.

“Mike Price is the captain of the ship,” Burr said. “I feel like my job is to sit there like a grumpy old man in the corner. I have to keep stuff tethered to the earth so it doesn’t get too absurd. There has to be a true line of reality.”

Burr said that he wants the show to genuinely reflect society in the 70s. He emphasized that he doesn’t want the show to include norms from other eras because that would take away from the reality of the 70s.

Burr avoids overlap not only in his show, but when watching other shows as well. He stressed that this strict sense of realism helps keep viewers watching, and he looks to continue this as the show progresses.

“I really hate when they do that,” Burr said. “You’ll watch something that’s set in the 1950s and you’ll see the influence of the #MeToo movement in there. That takes me out of the movie. I don’t like being lead around like, ‘This happened then and you should feel this way about it.’ “