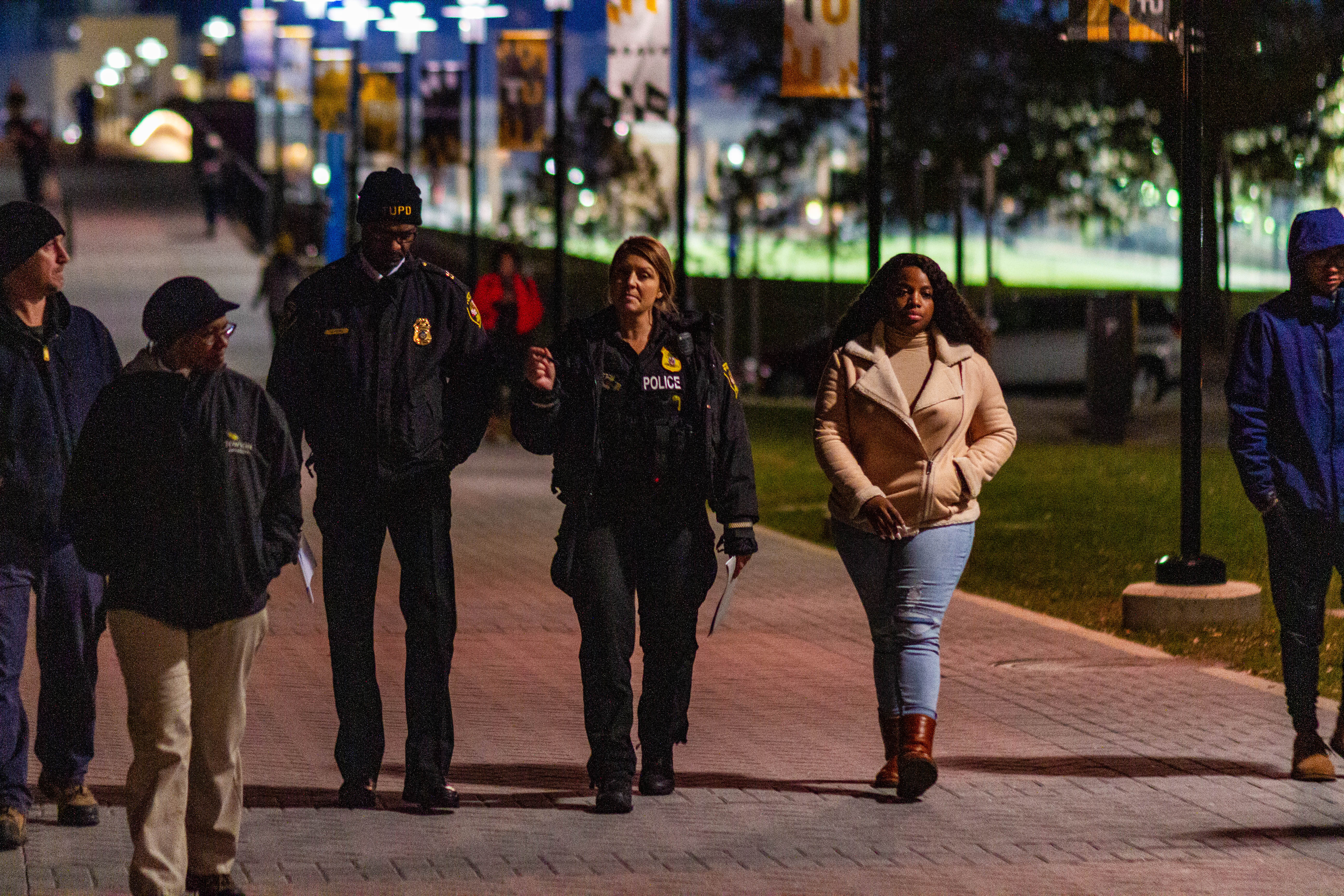 Members of Towson University’s Facilities Management, Office of Public Safety, TU Police and Student Government Association participated in a walk-through of the University’s campus on Nov. 14. The walk-through, which usually happens annually but did not take place last year, addresses multiple issues regarding student safety on campus.

“Typically, we look for any areas that appear dark or unsafe,” said David Mayhew, Director of University Architecture. “Sometimes it’s an opportunity to identify lights that are out. For the most part, it is to help identify areas that need additional lighting or landscape trimming.”

TU President Kim Schatzel announced the walk during her bi-weekly email sent to students with updates on campus safety and the well-being of students.

“The walk will allow members of the community to identify and address poorly lit or potentially unsafe areas of campus,” the email read.

While proper lighting was the primary focus of the walk-through, the landscaping of the campus has been a concern for students as well.

“Places where we could cut down some bushes where people can’t see over,” said SGA President Naimah Kargbo. “Places where someone could be hiding in those are some of the main things we’re looking for.”

Two TUPD officers helped investigate dark areas of campus that could be concerning to students while Kargbo addressed additional spots that students have previously felt unsafe.

Beginning at Burdick Hall, the group walked through West Village, pointing out lights that were not functioning and find areas where additional blue lights and street lights could be installed. Areas that are not directly on campus were also discussed, including the sidewalk along Towsontown Boulevard.

“I think it’s cool to see them actually do what they said they would do,” senior Heather Critchfield said. “A lot of places say they’ll do something and then never get around to it so to see [the University] makings changes is good.”

Facilities Management discussed the possibility of placing a blue light at the corner of Emerson Drive and Towsontown. This area was noted as a possible location for a blue light in Schatzel’s Oct. 31 safety email.

“Additional blue light phones are being added in the area of Auburn Drive between the Auburn House and Osler Drive and at the intersection of Emerson Drive and Towsontown Boulevard,” the email read.”

Schatzel’s safety emails are sent bi-weekly to keep students updated with the newest safety measures being taken by the University.

“It’s nice to know that every higher up also has an idea of what’s going on around campus,” said Heather Meyer, a sophomore studying human services.

According to Kargbo, there are still areas that aren’t in the core of campus that the University is looking to improve.

“University Village is one of [those areas] and some of the streets that we can’t touch is something we’re looking into,” Kargbo said.

With the Daylight Savings Time change occurring a few weeks ago, the timing of the lights was something that Facilities Management has been paying attention to.

“Clocks are either controlled by time or photocell,” Mayhew said. “We make the adjustment when Daylight Savings time kicks in.”

Photocell means the lights are sensitive to when it gets dark and adjust accordingly. The timed lights, which are roughly half of the lights on campus, were adjusted to reflect the time change.

“The goal is to automate everything,” said Steve Kolb, TU’s Energy Manager. “But it’s a big campus, a lot of different systems. The electricians are always striving to make the light the best it can be.” 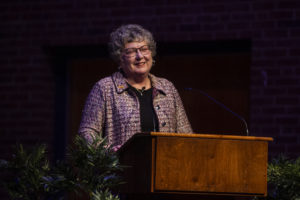