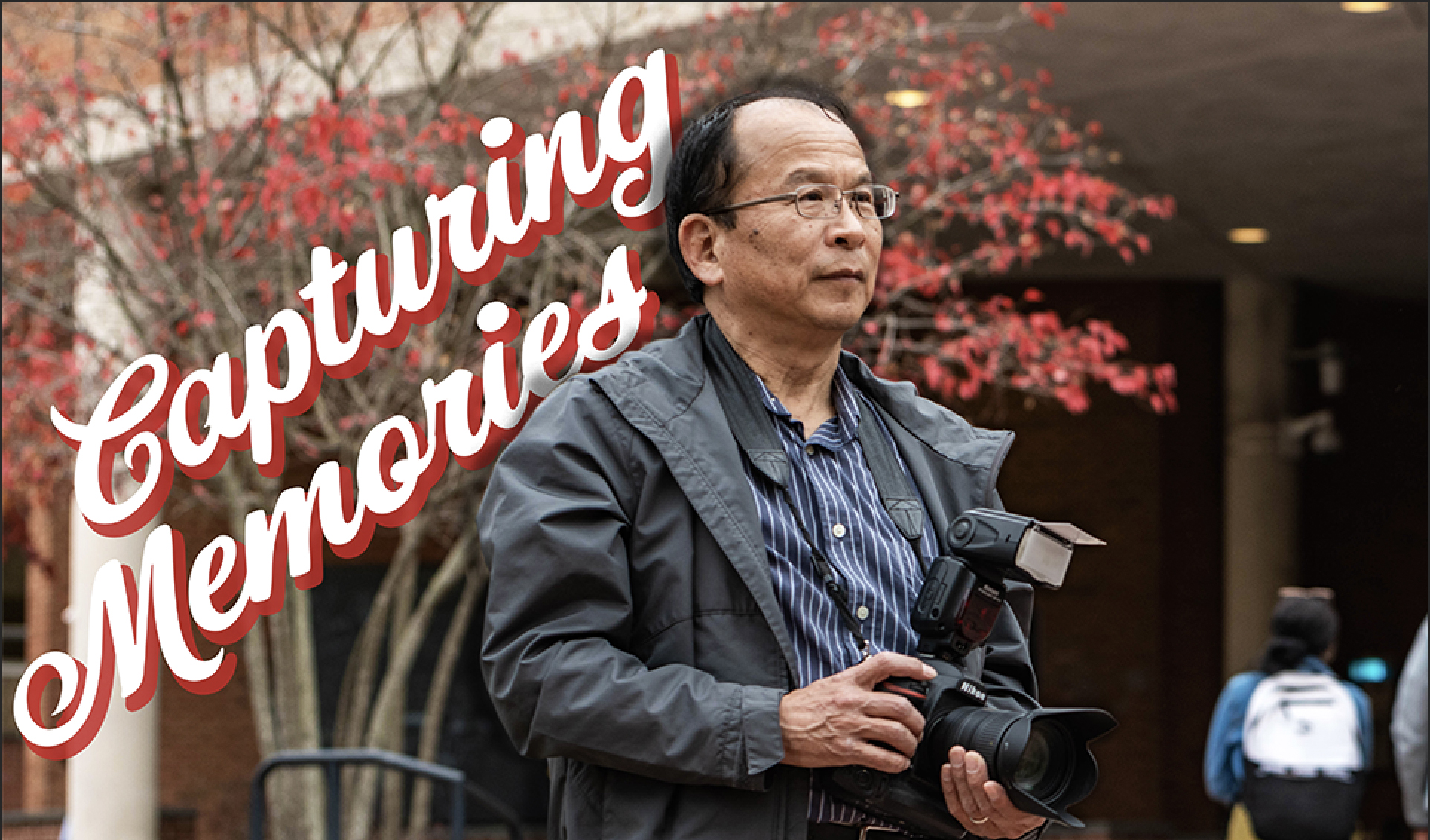 Video by Nicholas Gregorio/ The Towerlight

Students at Towson University have made a celebrity out of Kanji Takeno, director of photographic services on Towson’s campus. But this semester, after 23 years, Takeno is retiring from his campus photography duties.

Takeno came to Towson in September 1996 and has worked hard to capture student smiles ever since.

“He somehow manages to be everywhere on campus at once,” said senior Dan Kolton.

Kolton, a tour guide, orientation leader and student director at Towson, has had his picture taken and posted on Takeno’s social media many times throughout the semester.

“Going into this semester, Kanji had maybe taken four pictures of me,” he said. “All of a sudden, I can’t go anywhere on campus without running into him… But in all seriousness, I will miss him and miss bantering with him nearly every day.”

Sophomore Jordan Deveaux has also been impacted by Takeno’s large presence on campus.

“I’d describe him as really affirming,” she said. “That’s probably the first word I think of just because everyone feels beautiful or handsome because he makes you feel that way. He allows students to feel like they have a place at Towson no matter what kind of student you identify as.”

Takeno reflected on getting his job at TU and how it made him feel.

“One day I saw a classified ad in the newspaper, I applied, and I interviewed twice,” Takeno said. “And then I got the job. I was so happy. Just like that, really.”

Ever since then, driving around campus in his famous golf cart, Takeno has taken countless pictures as he “wanted to deliver top, world-class photography to Towson University.”

“I want something great,” Takeno said. “I want the great pictures. If there’s any chance I can get great pictures I just want to do it.”

Takeno’s push for greatness has made his friends and acquaintances see him as a bit stubborn according to him, but he still pushes.

“I always tell them nothing is impossible, I’m going to make it,” he said. “And they thought I was obnoxious. But I’m here, I’m happy. So, I made it, somehow.”

“He just loves the students and the campus; he never gets tired of it,” Towson University President Kim Schatzel said. “The guy can walk around every single day and find something to take a photo of that shows joy. And he gets different perspectives and you can just tell by his pictures that he loves to see people smile. We’re really gonna miss him and he’s irreplaceable.”

“You always know when he is around,” Kolton said. “Not just by the golf cart, but by the smiles and positivity of the surrounding environment. There is no replacing a man like Kanji. A friend, photographer, and excitable personality.”

TU sophomore Dionte Gray got his first picture taken by Takeno this semester and has seen the “big role” and impact Takeno plays on TU’s campus.

“He brings a lot of positivity, honestly,” Gray said. “And the fact that he’s just out here taking pictures, doing what he loves, it makes other people happy just to see that he plays a big role on this campus.”

According to Takeno, “as long [as] students are involved [I’m] happy.” But Towson’s Marching Band has been one of his favorites – he even has his own personalized marching band jacket.

“Kanji is pretty much equivalent to a celebrity in the marching band,” said junior Summer Mankey. “He’s one of the most wholesome, kind spirited, hardworking, and supportive people I’ve ever met. For the TUMB, he has become part of our culture and we definitely won’t forget the time he took to capture all of our special [and] fun moments for us to remember forever.”

“He’s one of the sweetest men that I know,” she said. “Seeing him instantly brightens my day. I know a lot of us will be affected by his leaving, and after he does retire, people will still talk about him and will miss him. He has created long lasting memories for everyone to cherish.”

Takeno had quite a journey before even coming to Towson.

Born in raised in the small fishing village of Kogushi, Japan, with nothing but ocean and mountains, Takeno began learning English at the age of 12 so that he could go out and experience the world.

He eventually went to a university in Tokyo where a professor from Loyola University New Orleans visited and helped Takeno to study photography in the United States.

“He took care of the arrangement for me to come to Loyola University New Orleans,” Takeno said. “And then, I was planning to stay there a couple years and then go back to Japan, and then 40 years later I’m still here…. I’ve visited but never left U.S.”

Growing up, Takeno thought “photography is cool,” but never believed he could actually become a photographer. So, since he spoke English well, Takeno thought he could teach English to Japanese kids so “they can go to the world, see the world.” Photography and teaching were Takeno’s two big dreams. And before he knew it, Takeno’s dreams were coming true.

He majored in photography at Loyola University New Orleans and received his master’s degree at the Maryland Institute College of Art in 1983. Takeno then worked many freelance jobs before finding a place at Towson.

Takeno doesn’t only take pictures at TU. He is also a professor of Japanese language.

A few years into being at TU, the campus needed someone to cover a Japanese language class and Takeno happened to be available.

“I always wanted to teach,” Takeno said. “It was supposed to be temporary, like a one-semester thing, but 20 years [have now gone by].”

Sophomore AnLi Edwards is one of Takeno’s past students from his Japanese language classes and “love[s] that he really cares about the students.”

“He’s such a wonderful professor because he’s very funny,” Edwards said. “But the main thing is that he really, really cares about the students and succeeding. So, he just wants kids to be able to succeed.”

According to Takeno, his dreams have come true at Towson University.

“I think I did okay,” Takeno said with a proud smile on his face. “This is what I want to do and I’m lucky to be able to do this.”

Takeno will continue teaching Japanese language, two classes next semester, but he also plans to spend more time at home with his wife and with some home renovations.

And he will continue with his love of taking pictures.

“Don’t give up your dream,” he said. “It might be tough, but it will happen if you keep trying. You find the photography you want to do, the company you want to work for, just find the one right place, I found it, here. Don’t give up. Dreams, they come back to you. I will never give up.” 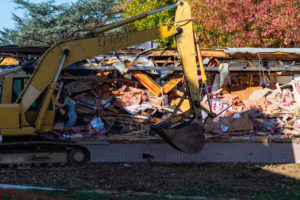