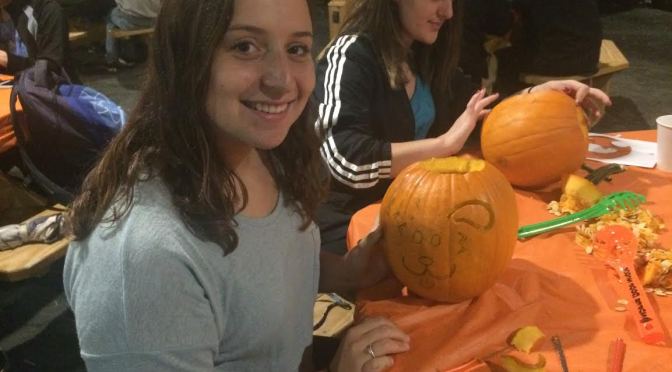 Despite gloomy weather Sunday night, the Carvin’ Out a Good Time event delivered on its promise of a fun night. Held at the Paws Pavilion, students were safe from the rain as they carved pumpkin and chatted with friends both new and old.

“I wanted to have a fun event where all kids could come out and carve pumpkins and win awesome prizes,” Campus Activities Board Programming Chair Romario Coyoy said.

Pumpkin carving is a popular Halloween tradition, so students were able to get into the spooky seasonal spirit.

“Pumpkin carving is my favorite fall time thing so when I heard about it I was immediately pumped,” freshman biology major Callie Cromer said.

The event also offered those few students who haven’t carved a pumpkin before a chance to try out the creative tradition.

“I’ve only carved a pumpkin one time in my life, so I guess this is the second time,” freshman biology major Mary Lou Puglese said. “I’m not really pumpkin-savvy yet.”

It can be hard for some students to get into the Halloween spirit due to the limitations of a dorm and a bank account, but Carvin’ Out a Good Time offered pumpkins and seasonally appropriate treats without any of the usual worries.

In addition to being a fun time, the event was also a pumpkin carving competition. Pumpkins were judged on creativity and artistry by a board of CAB members.

“I think the best part is the social aspect,” sophomore psychology and sociology major Olivia Lumpkin said, “It’s cool to talk to other people who I normally don’t see on campus.”

The event was the first of its kind to come from CAB, but will not be the last according, to Coyoy.

“Towson CAB will have a lot of events like this in the future,” Coyoy said. 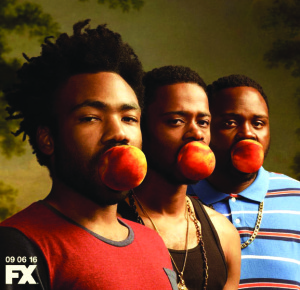