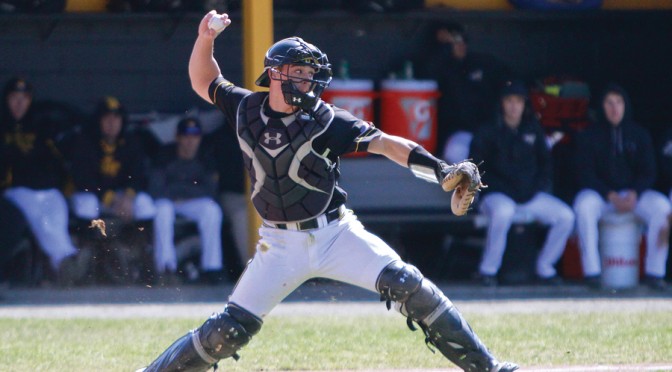 Henze’s performance breaks a 24-year-old mark set by Steve Farling, who had eight RBI against Delaware in 1991. Sunday, the Tigers designated hitter went 4-for-5 with two runs scored, two doubles and a home run. This week, he was a combined 9-for-14 with two doubles and 14 RBI over four games. He now leads the Tigers regular players with a .390 season batting average.

“You are seeing the evolution of a kid who we thought could be a pretty good hitter,” Head Coach Mike Gottlieb said. “He struggled last year, but to his credit he has figured some things out. He had trouble with off-speed, but now he is laying off of those pitches, and it has worked for him.”

Towson never trailed and had a commanding lead for much of the afternoon. By the middle of the fifth inning, the visitors led 11-1. By the start of the ninth inning, that lead increased to 16-3. However, the Towson bullpen was unable to contain the Hofstra lineup.

Senior right-hander Christian Duclos came on to pitch in bottom of the ninth inning for his third appearance of the season. He faced six hitters, but could not retire any, allowing four hits and two walks. All six runners eventually came around to score.

Junior right-hander Austin Clark came on in relief of Duclos, but he struggled. Clark faced four batters, allowing two doubles, a walk and a home run. By the time he was removed, it was a 16-13 game.

Next on the mound was junior right-hander Garrett Walther, who managed to strike out the first batter he faced, but then walked the next one before he was replaced by sophomore left-hander Matt Golczewski. Golczewski went on to allow three runs on two hits and two walks in two-thirds of an inning of work, tying the game 16-16 and heading to extra innings.

“At first you think, even when they were rallying, that they were going to make an just by accident,” Gottlieb said. “But everything they hit landed, which is how big rallies work. We didn’t make any errors, but we walked five guys. So, we basically gave them five runs.”

Freshman John Drexel led off the 10th inning with a single up the middle. He advanced to second and then third thanks to a sacrifice and a wild pitch. Sophomore Colin Dyer followed with a double, scoring Drexel.

After Dyer moved to third on a balk, he scored on a groundout from sophomore A.J. Gallo. Senior Peter Bowles, junior Spencer Sutton, sophomore Billy Plante and freshman Thayer Seely delivered consecutive hits to score two more runs and put the Tigers up 20-16 heading to the bottom of the inning.

Sophomore left-hander Bruce Zimmermann came on to work the 10th inning, and despite giving up three runs on five hits, managed to close things down for the Tigers.

Golczewski (1-3) took the win for Towson while Hofstra’s right-hander Nick Kozlowski (1-4) was issued the loss.

Lost in the offensive onslaught was junior right-hander Lee Lawler, who made the start for the Tigers. He pitched well, going seven innings and allowing just three runs on six hits and a walk.

“When he’s on, Lee has the best curveball on our team. It’s not even close,” Gottlieb said. “He has been really good the last three weeks, and when you look back on what happened yesterday, with the way Hofstra hit and the wind blowing out, you realize he did a hell of a job.”

Earlier on in the week, Towson tied the George Mason Patriots 13-13. On Friday, they beat Hofstra 13-8 before falling 5-4 on Saturday.

The Tigers head back to the diamond on Tuesday when they host the Coppin State Eagles. First pitch is set for 3:30 p.m. at Schuerholz Park. 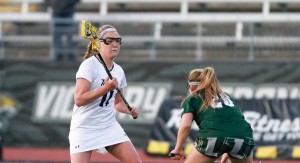