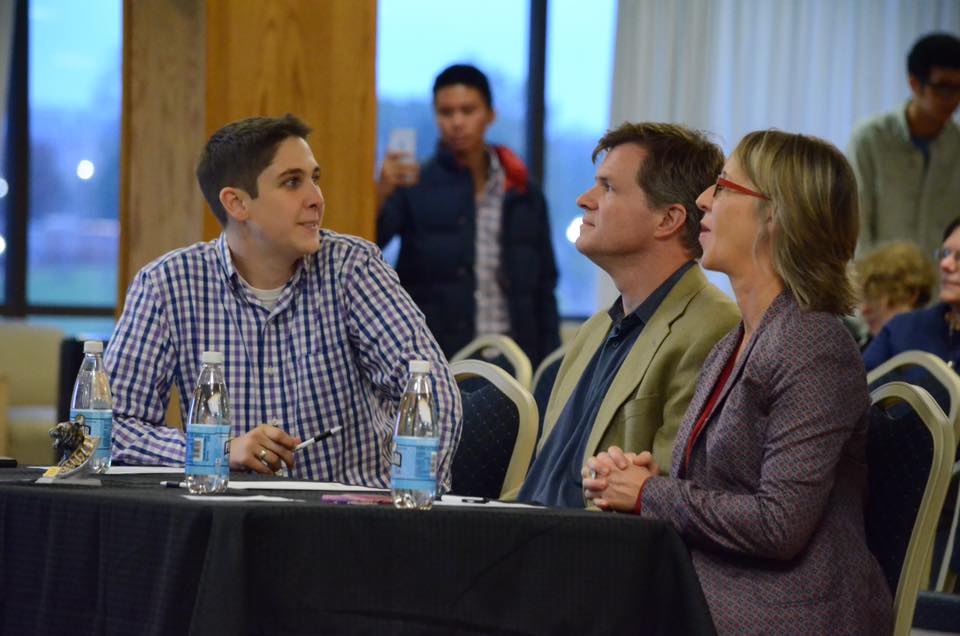 Barkley’s Sell Phone’s Repair fixes broken iPhone screens and any other problems, such as home button or headphone jack issues.

“I know there’s a multitude of Towson students that crack their phones but they either don’t have the money to pay the mall prices or the time to walk up to the mall,” Barkley said. “We have a service that is much cheaper, and we can come to you.”

His company is already in business and has technicians that will meet with the broken phone owner almost immediately at their location, similar to Uber. A person would only need to go to the website, select their phone and a technician would come right away, as long as they are in a designated area.

He plans on not only expanding to other areas and repairing Android phones in the future.

“I want to create workshops on campus where I can find student technicians who are interested in fixing iPhones,” Barkley said.

The prizes for the event were a $100 gift card, trophy and support from the Student Launch Pad.

Students Nicholas Anthony and Colby Roloff followed Barkley as finalists in the competition. As a prize, both of them will receive support from the Student Launch Pad.

In second place, Anthony’s presentation involved an app that uses an advanced geolocation system to tell the user what parking spaces were free and how much they cost. The app would work in parking garages as well as on street areas, while Roloff, who took third place, presented a safety app which would allow users to connect and locate each other without invading one’s privacy.

The event was presented by Enactus and Breaking Obstacles Seeking Successful Entrepreneurial Status (BOSSES), with help from the entrepreneurship minor and the Student Launch Pad.

Both Enactus and BOSSES are TU entrepreneurship organizations, and this is the first large event they have hosted together.

“Last year the burden was just on Enactus and me. We were just one organization getting everything together,” student Manish Kanjipuram said. “We collaborated with other organizations this year like BOSSES, Tribe of Misfits, and Minor in Entrepreneurship. That way we doubled the number of participants.”