For more on how to participate in early voting and who’s on the ballot in Baltimore County, check out this week’s cover story.

We are absolutely going to see a surprise this election season. While Maryland will absolutely go for Clinton, no matter who you vote for, you will see a surge in votes for Trump across the nation. The main reason isn’t really people supporting Trump, but rather fighting Clinton. Hillary Clinton has become the embodiment of everything wrong with politicians to many people, from her constant scandals to her less-than-spotless foundation.

But while Trump is arguably not as good a candidate on premise, it’s that people simply do not trust Clinton. Her current FBI investigations are extremely telling. Some are worrying that this is the 21st century Watergate, and that we’ll be stuck with President Tim Kaine if she is impeached or forced to resign. Others still will not drop grudges about her responses to things like Benghazi, which bars her from presidential office in their eyes. No amount of her humble grandma act will make people forget these.

But the most invisible and subtle reason, at least in my mind, is that Clinton seems to be getting away with too much. You can say whatever you want about the legal process on her FBI investigations or the Benghazi Committee, but Clinton’s ‘deplorable’ supporters certainly don’t get as much, if any, screen time compared to Trump’s. Just the other day, at the Hollywood Walk of Fame, a homeless African-American woman was supporting Trump over his recently-destroyed star, and she was assaulted and thrown to the ground by Clinton supporters, who taped her and mocked her while she cried on the concrete [Editor’s note–videos of this incident have been removed from YouTube, but some websites have reported on the incidents with photos.] I have not seen this reported on any major news sites, let alone television, and had to rely on small-time YouTube commentators to bring this to my attention. There are countless more examples of actions like this done by Clinton supporters, and I can promise you the media won’t cover them. Maybe it’s that they’re too busy bashing Trump, or maybe it’s because they have other things to talk about. Regardless, I’m certainly not happy with them.

I’m not saying that Donald J. Trump is some harbinger of peace and justice that the heavens have sent down to save our country. He has more than his fair share of problems and many of his policies are outlandish and arguably even cartoonish. But many people are simply voting on face. While it may sound like an oxymoron, many people trust the unscrupulous businessman more than the seasoned politician for president. It’s not that he has fewer or lesser scandals, it’s that he doesn’t avoid them. Trump is a brutally honest man who doesn’t care if he’s the bad guy. He’s admitted that if he did underhanded tax evasions, it is Clinton’s fault for not stopping him, and he’s not denied that he said demeaning things to women.

It’s simple things like that that has some people actually garnering more support for him. It’s not that he’s a saint. It’s that he’s honest. People this election want someone they know and understand for president, and honesty, even if it isn’t good, goes a long way. Click the map to create your own at 270toWin.com

My methodology is simple. I look at the polls nationally and in each swing state and apply other factors like state demographics, past polling errors and unique candidate qualities to predict how far off the polls will be. My predictions are generally made under the assumption that Clinton will slightly out-perform the polls, by approximately two percentage points. She has a better get out the vote effort than Donald Trump, and the polls were about three points off in favor of Republican Mitt Romney in 2012, showing a one point race in what turned out to be a four-point victory for Democratic President Barack Obama. I also predict that third party candidates Gary Johnson and Jill Stein will somewhat under-perform compared to their poll numbers, as is typical in presidential elections. My prediction is a decisive 5.4 percent Clinton victory nationwide, with the Democrats taking all swing states except Ohio, Iowa, Arizona and Georgia, which I predict will go to Trump. The closest states should be Ohio and Arizona, which may flip back to Clinton in my final prediction next week.

Other things to watch: 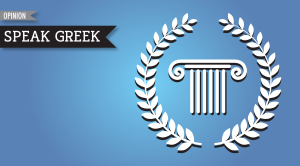