Cook Library is hosting The Big Read this semester as a part of a nationwide grant Towson received from the National Endowment for the Arts, Research and Instruction Librarian Laksamee Putnam said.

“[The Big Read grant] is trying to get communities to read a single book and do lots of programming around a single book, so encouraging people to read a lot of the classic books or encourage reading in general,” Putnam said.

The fantasy novel is “A Wizard of Earthsea” by Ursula K. Le Guin.  She said this novel was selected because of the themes and relevance to age.

“Some themes in the book that I think are very influential, other than it’s a classic coming of age story, are language and that balance of man and nature. And it has a lot of environmental themes, which is also relevant today when people talk about climate age,” Putnam said.

The kick-off for the Big Read will be Tuesday, Feb. 24, with free copies of the book and a local author that discusses how the book has influenced him and the themes of magic within the book, according to Putnam.

“There’s also a musical lecture going on, so talking about fantasy and music and how music can go along with literature and sort of the themes like how ‘Game of Thrones’ has symbolic music everybody recognizes and we are talking about creating music that is recognizable,” Putnam said.

“Goucher is having their own book discussion with their community. We also partnered with Enoch Pratt and [BCPL] and they are both having book discussions available at some of their branches,”  Putnam said.

In addition, there will be a professor from Towson speaking at the panel hosted by Goucher College, Putnam said.

“The book is a lot about finding balance in the need and sort of recognizes that you influence the world in a lot ways and you have to constantly be thinking about how you are affecting things around you,” said Putnam.

Putnam said that even though book was written in 1968, students will find that it is still relevant today.

Previous post Renting at the Reels: A Redmayne success 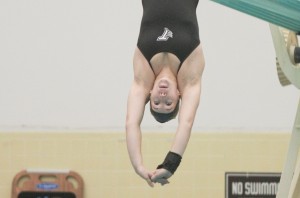