Towson University’s Dance Company transported audiences into the past this weekend with their captivating fall performance “Legends,” that highlighted numerous American music icons of the 20th century, and the hard work of TUDC.

“We represent an American culture, an American pop culture of what it was like decades ago,” artistic director of “Legends” and dance professor Runqiao Du said. “It is life experience embedded in the music, so we wanted to represent Americana in our piece.”

“Whoever’s in the audience that’s familiar with the oldies but goodies or the classical music can go back and kind of reminisce, and say oh this is where we come from,” senior and dance performance major Jessica Pinkett said. “We’re the physical manifestation of each and every piece of music that you hear on the stage.”

The timeless songs were chosen to inspire the audience by connecting clear political themes from the past to present through the beauty and complexity of dance.

“Dance is one of the most primitive and earliest expressions, to express happiness or sorrow or love,” Du said.

“Legends” choreographer and associate professor of dance Vincent E. Thomas said he hopes that the performance will act as a catalyst for conversation between young people and their older family members, particularly over the holiday.

“They will remember where they were when they first heard this song. They will be introduced to some artists they may not know but their parents and their grandparents will know,” Thomas said.

For freshman and dance performance major, Cassidy Miller, this performance marks her first at Towson, and hopes that her art will inspire Towson students to search for their own art within.

Linda Denise Fisher-Harrell, “Legends” choreographer and associate professor of dance, also hopes that Towson students will attend the concert to see the work that their peers have been doing.

“I think we [TUDC] are known as the best kept secret of Towson because people always come and see a concert and say oh my god I didn’t realize how wonderful the dance department was here,” Fisher-Harrell said.

Thomas added that he hopes that audience members enjoy the performance and get to see the athleticism and dedication of the TUDC’s performers.

“I think what they will experience is tapping their foot and they’ll be dancing in their seat,” Thomas said. 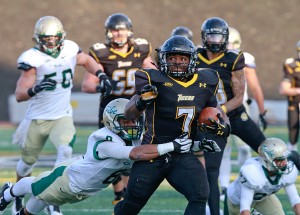 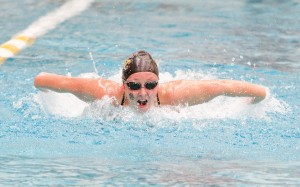