When I first found out that “High School Musical 4” was actually officially happening, I was ecstatic. I immediately thought of several plot options that would be a perfect addition to the already perfect franchise. I dreamed of a movie based around the main characters coming back together for their high school reunion.

Troy and Gabriella would be married, Chad and Taylor would still be denying their love for each other, Ryan would be a Broadway star and Sharpay would still be at East High as the drama teacher having taken over for Ms. Darbus.

That dream lasted about five minutes, and then was burst into a billion pieces when it was revealed that the movie would not feature the original cast or even have the same amazing director/choreographer, Kenny Ortega.

I attempted to remain somewhat hopeful, but then I remembered what happened to “Sharpay’s Fabulous Adventure,” “Descendants” and “Cheetah Girls 3: One World.” They all had great potential but inevitably left us disappointed.

As of now, the plot is set to focus on a new crop of students at East High, which in my opinion is the same as saying, “we’ve run out of ideas and know that people will watch this no matter how bad it is, out of curiosity.”

I don’t think I’ve ever met someone who said that they didn’t like the High School Musical movies, and if you’re one of the few who think that: you’re wrong. I grew up with the movies and nothing made me more emotional than watching “High School Musical 3: Senior Year” with my friend group just days before graduation, and “Breaking Free” is my go-to karaoke song.

As silly as it sounds, it had a great impact on my childhood and although I wish it had the original cast for my personal sake, all I’m hoping for is a quality movie that accurately represents the franchise so that the next generation can enjoy it as much as we did. 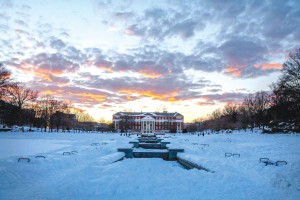