For individuals with Facebook profiles, the app likely serves as a virtual connector to family, friends and events that take place in their respective communities. But given the alarming user security revelations that have dominated the news cycle in the past several weeks, Facebook is now widely perceived as an insecure data repository that is readily mineable for political advantage. On Tuesday and Wednesday of the upcoming week, the U.S. Congress hopes to unearth a few answers from Facebook CEO Mark Zuckerberg regarding recent security lapses.

In 2014, as it prepared for the upcoming presidential election, Cambridge Analytica, a London-based voter-profiling firm, earned substantial investments from key Republican donors. With the help of scientists and academics, the firm gathered information of millions of unknowing Facebook users. The data harvested by the firm was subsequently used to aid then-candidate Trump’s presidential campaign.

Until recently, Zuckerberg has said little of the data breach, but as his congressional questioning draws near, the CEO and his staff have refocused their energies on transparency and public perception. Facebook has known about Cambridge’s data collection methods since 2015, but Zuckerberg has yet to identify which individual profiles have been impacted by the breach.

This past week, Zuckerberg held a press call to elaborate on what happened to users’ information and how the platform would further ensure security in future.

According to Facebook’s COO Sheryl Sandberg, on Monday, April 9, users will have the opportunity to see whether they were directly impacted by the Cambridge data mining and will receive instructions on how to further protect their privacy. In other words, a whopping two years later, users will finally be notified if their data was, without permission, mined for Republican political gain.

Zuckerberg admitted on Wednesday that potentially 87 million users were affected – the number originally stood at 50 million.

The context of the data breach is especially dramatic, as in late 2017, the public learned that 29 million Americans were exposed to sources of Russian propaganda aiming to degrade the Clinton campaign.

In the age of virtual information sharing and social media presence, major media platforms face growing questions pertaining to individual security and democratic participation. Zuckerberg will likely be the most recognizable CEO to address these challenges before Congress and the nation.

On Tuesday, April 10, Zuckerberg will testify before the Senate Commerce and Judiciary committees, and on Wednesday, he will appear before the House Energy and Commerce Committee. While the questioning will surely prove lengthy and monotonous, senators and representatives will have the opportunity to aggressively grill underwhelming security processes that have both impacted American election results and compromised the privacy of American social media users.

Zuckerberg faces a unique problem, as his brand is the largest and most prosperous of its kind. But with such large virtual presence comes enhanced responsibility with regard to user security. Regardless of Zuckerberg’s proclamations in the upcoming hearings, Americans must be increasingly conscious of their Internet presence and carefully scrutinize the origins of their political education. 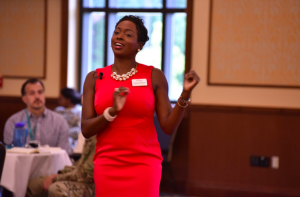