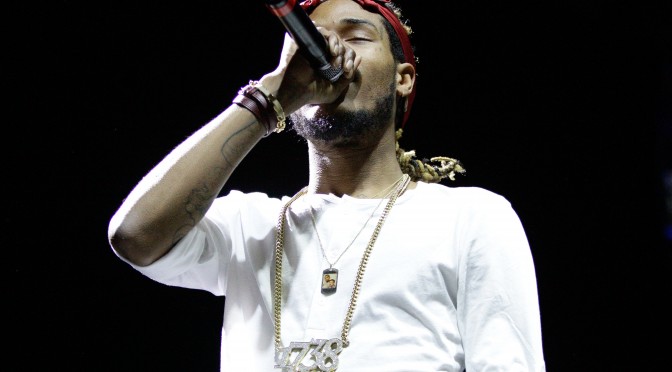 On Thursday night, students and fans gathered in SECU Arena for an explosive performance from Fetty Wap, and opening acts Omen, Cozz and Bas.

“I was so into it,” freshman nursing major Carly Howes said. “He is so energetic and his interaction with the audience was amazing.”

Although many describe Fetty Wap’s music as a mix between rap, hip-hop and R&B, his sound is unique in that he breaks the mold between singing and rapping.

“I think he’s versatile,” junior exercise science major Michelle Copeland said. “He appeals to all of the different demographics – young people and old people. I even hear my mom singing Fetty Wap sometimes. Old people want to sing it too because it’s catchy.”

Fetty Wap rose to fame after facing many challenges growing up. Coming from a rough background in Paterson, New Jersey, he lost his right eye to a battle with glaucoma as a child.

“I think the fact that he has a missing eye isn’t important and no one really pays attention to that,” marketing graduate Chris Hancock said. “They just care that he makes good music. He has enough money to get surgery and fix his eye, but he is very humble, which a lot of people like.”

The rapper drew a crowd of nearly 4,000 people to SECU Arena. While CAB usually sells tickets through the box office in the University Union, this year they decided to opt for online sales through Ticketmaster.

“We decided to use Ticketmaster because volume-wise, Ticketmaster can handle a lot more,” Assistant Director of Programming for CAB Ayana Bowman said. “I think the ticket office can do about 200 tickets an hour, so imagine that the floor has 800 tickets – it would take four hours to sell out the floor.”

Many students agreed that the switch to online sales made the process of obtaining tickets much smoother.

“I think it was the best way,” junior occupational therapy major Kiera Cupid said. “I know for some events you have to get your tickets at the box office in the Union, which causes you to possibly miss out a lot. Doing it this way allowed me to come. It’s much better than everyone rushing to the box office. There was less traffic doing it online.”

As Fetty Wap is a relatively new artist with only one album released so far, some of those in attendance felt as though his performance was over before they knew what hit them.

“I honestly felt like he ended it too short,” senior computer science major Darius White said. “I felt like we needed more from Fetty Wap. I was waiting for his latest song called ‘Jimmy Choo,’ but he never played it. That’s what I came here for honestly.”

Overall, most of the audience left the arena in good spirits as they kicked off a new semester.

“I think it was great, it makes me really excited for Tigerfest,” Bowman said. “Hopefully we will get a lot of good things worked out with that. We set the stakes high for ourselves and we’re looking to top it. We have good thoughts and good vibes going toward the future.” 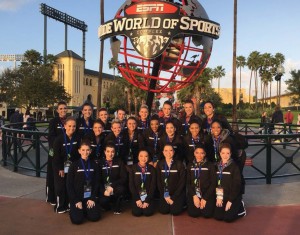 Previous post Pom Squad Leaves it all on the Floor 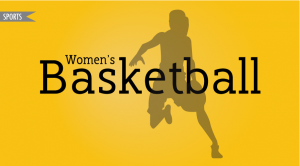