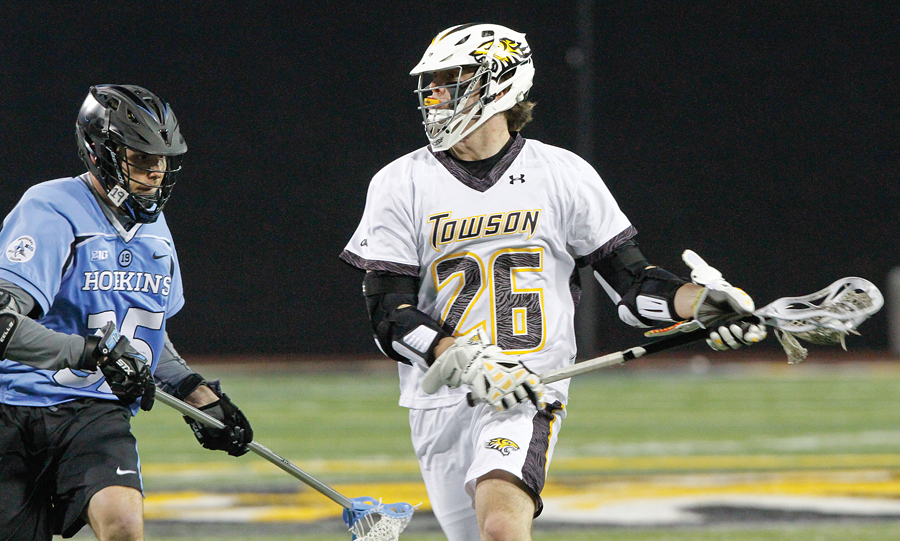 Just three days after advancing past High Point in Towson’s first NCAA tournament win since 2003, it had the tough task of traveling to face the first-seed Notre Dame Irish in South Bend, Indiana on Saturday.

Despite the Tigers holding a 6-2 lead in the first half, the Irish’s late run in the second half helped knock the Tigers out in the first round of the NCAA Tournament with a 12-10 win.

“I’m just really proud of our guys with this season,” Head Coach Shawn Nadelen said. “I think they really showcased themselves in this tournament and it was just a testament to their work ethic, skill and belief in each other. It allowed a lot of people to see how well this team played.”

Notre Dame scored the first goal of the game but Towson went on a 4-0 run after that with goals from sophomore midfielder Mike Lynch, redshirt senior attacker Max Siskind and sophomore attackers Tyler Konen and Ryan Drenner. The run gave Towson a 4-1 lead with less than eight minutes left in the second quarter.

Konen added another goal in the second quarter and senior midfielder Greg Cuccinello also scored to extend Towson’s lead to 6-2.

However, Notre Dame scored three straight goals before the quarter ended and Towson led 6-5 at halftime.

Notre Dame then went on a 4-0 run and Towson trailed, 12-8, with 10 minutes left in the game. Sophomore attacker Joe Seider and Cuccinello scored goals to cut the lead to two goals, but Towson couldn’t complete a comeback.

Nadelen complimented the seniors on the team and how they helped Towson in the tournament.

“It was great to see the seniors succeed in the tournament in a couple of ways,” he said. “It was great for production and it was also great for Greg [Cuccinello] and Justin [Mabus]. They didn’t have the best regular seasons that they wanted, but both finished on a high note. The same goes for Max [Siskind] they really helped our offense.”

Redshirt junior goalie Tyler White finished the game with 12 saves against the Notre Dame offense. Along with the defense, Towson held Notre Dame’s junior attacker Matt Kavanaugh without a goal or assist. The Tewaaraton Award finalist had 26 goals and 24 assists this season.

The Tigers lose seniors Siskind, Mabus, Cuccinello, attackman Andrew Hodgson and defenseman JoJo Ostrander to graduation, but the team has many returning starters coming back.
Nadelen said his team will continue to play without regards to the national attention.

“We’re not really concerned if we get national recognition after this game or not,” Nadelen said. “We know we’re a great team and that we have a solid program. If they rank us, then so be it. We’ve got strong guys coming back.”

One thought on “Fighting the Irish”