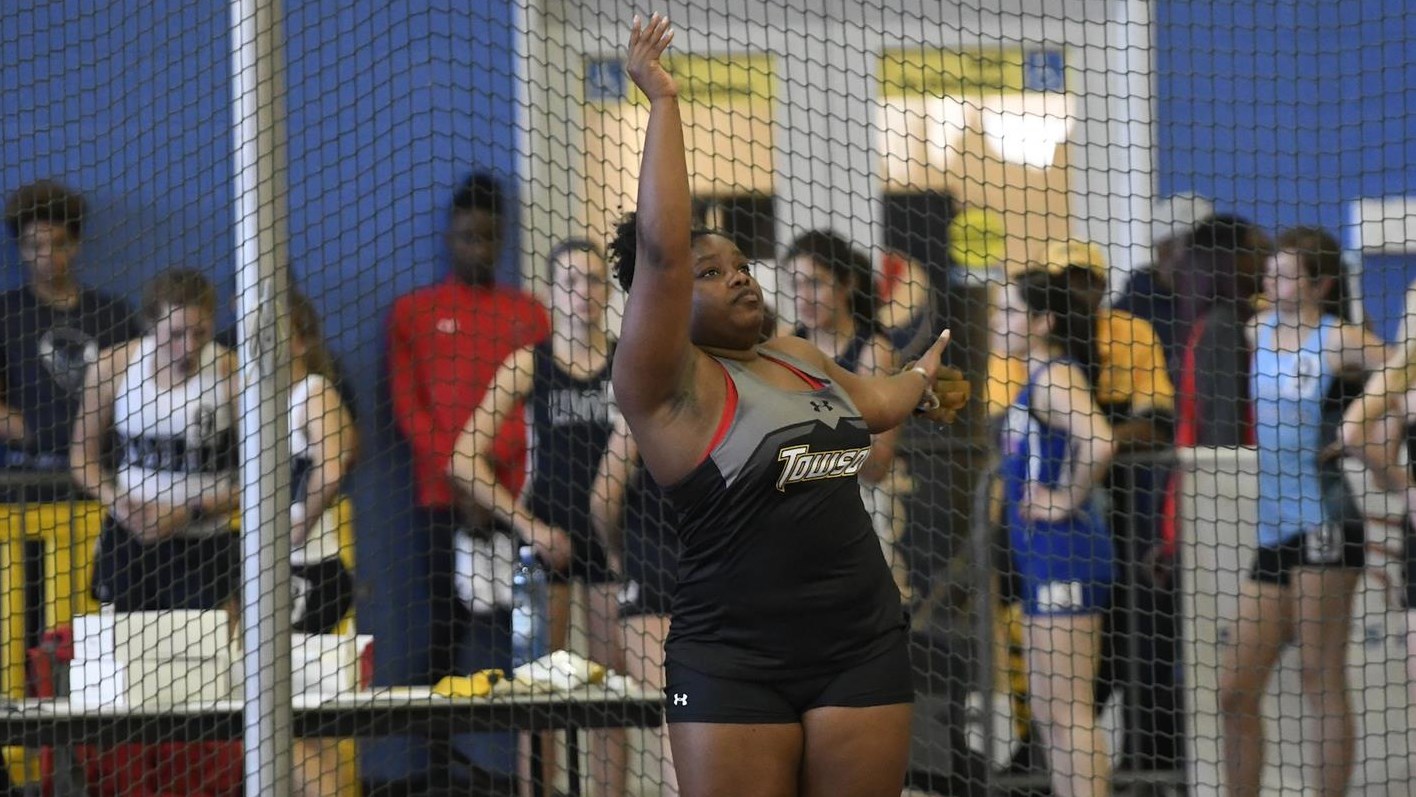 Redshirt senior Lauren Coleman became the first Towson University athlete to qualify for the NCAA Division I Championships which were scheduled to take place between Friday, March 13 and Saturday, March 14 in Albuquerque, New Mexico. Coleman qualified for the event due to her performance in the shot put throughout the 2019-2020 indoor track and field season.

Coleman and assistant coach Zac Ball flew to Albuquerque, New Mexico on Tuesday, March 10, while head coach Mike Jackson arrived two days later. Things didn’t go as planned due to the coronavirus. Coleman’s coaches called her while she was eating lunch on Thursday, March 12, and told her that she wouldn’t be competing.

“I kind of didn’t know what to think at that moment like I was really shocked,” Coleman said. “I was kind of sad that I wasn’t going to be able to compete just because we were so close. The thing is like everyone had been in the facility to practice the day before so we already kind of were exposed to each other so a lot of people were confused as to why they canceled the meet the next day if we all had practiced together and been exposed to each other.”

Ball and Jackson said the meet was canceled on Thursday, March 12, forcing Coleman and her coaches to depart without competing.

Finding out that Coleman would not get the chance to compete was disappointing, especially for Jackson.

Jackson said he, Ball and Coleman do understand the health risks that were associated with the event going on as scheduled.

Coleman’s qualification was an unknown factor to her and her coaches. Ball said that only the top-16 athletes qualify for the NCAA Division I Championships.

“After everything was said and done, she was 17 and so we thought we were not going to go and so at that time we were pretty upset, pretty disappointed,” Ball said.

Disappointment soon turned to excitement for Coleman and her coaches, Ball and Jackson.

“One of the athletes who was in the top-16 did not declare for the championships for whatever reason and so that bumped her in and so it was even kind of that much more rewarding for her,” Ball said. “For me, for coach Jackson and I think for the university because it was expected all year that that was our goal.”

Ball said he jumped up from his couch and first pumped into the air. He then proceeded by calling Coleman, Jackson, his fiancé, the training coach and a close friend. Only the close friend answered the call.

Coleman was in a night class on Tuesday, March 3 in Stephens Hall when Ball tried to call her. She called back later that night.

Ball asked Coleman her thoughts on going to New Mexico and gave her the news that she would be competing in the NCAA Championships.

Jackson said he was in his kitchen and this was one of the rare times he missed a call from Ball.

“He was really excited, but also he’s frustrated that he couldn’t get a hold of me and a few others,” Jackson said. “I was just excited for him as a coach who has a great story himself and it’s just all about Towson and the university itself.”

The next step was to purchase plane tickets, book hotels and spread the word to the media, Jackson said.

Coleman won’t be competing in the 2020 outdoor track and field season as that has been canceled due to the coronavirus.

“I just accepted it because I already had speculation that they were going to cancel it because they started just canceling everything so I really didn’t have a reaction to it because every senior, every athlete across the country who was training for their outdoor season to be canceled I can’t feel sorry for myself,” Coleman said.

The NCAA has allowed senior student-athletes in spring sports such as track the opportunity to return for an extra season. This decision is up to each school, so it’s unclear if Coleman will get this opportunity.

“She’s a graduate student,” Jackson said. “If she has the opportunity she’s going to return. This is what she’s told me. She can do anything she wants in her life. She’s great at a lot of things not just in track and field, but she feels that she has some unfinished business in the sport and wants to continue.”

Ball has high expectations for Coleman, both as an athlete and a person.

“I tell people all the time I said ‘I don’t know if she’s going to be able to come back and there’s a lot of uncertainty that’s still going on, but she’s going to end up being the president of the NCAA someday or something like that.’”

Ball doesn’t know what’s next for Coleman, but he’s looking forward to her continued success in the shot put possibly at the next level. 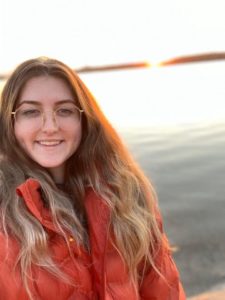