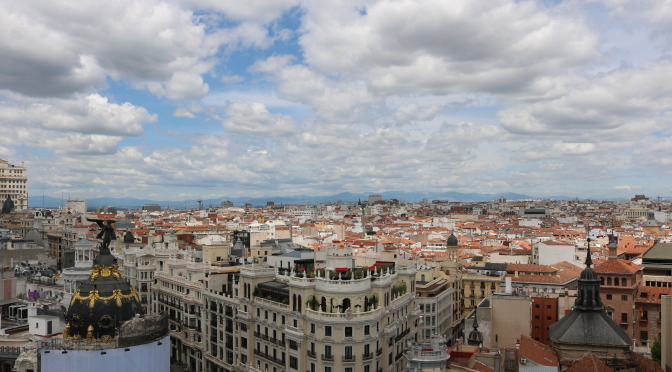 Students have taken the lead in planning this year’s Foreign Languages Day, slated for Nov. 18, despite the responsibility traditionally falling to faculty, according to professor Lea Ramsdell.

Senior Jacob Badin, one of the Spanish representatives on the Foreign Languages Day planning committee, said Towson can expect to see tables representing each language offered at Towson with cultural activities, music and plenty of free food.

Hosted in the Liberal Arts Building, Rooms 4110 and 4150 from 2-3:30 p.m, the event will educate students about the languages taught at Towson, different cultural experiences and the importance of learning a language for life after college, according to Ramsdell.

Chair for the foreign language department, as well as a Spanish and Portuguese professor, Ramsdell says she excited to experience the students’ event.

Sophomore Chenise Calhoun, the Arabic student representative on the planning committee, highlighted some of the potential benefits of learning another language, such as broadening the number of people with which you can speak, increasing your intelligence level and income level, and enhancing travel experiences.

“The world’s becoming increasingly more globalized and there are so many more opportunities to learn a new language,” Calhoun said. “A lot of people find learning a new language difficult, or even a waste of time, when the benefits of learning a language go far beyond the effort you put into it.”

Calhoun is a French major with minors in women and gender studies, Chinese, and international studies.

She is studying Arabic, French and Chinese.

Ziad Bentahar, assistant professor of French and Arabic, said being able to speak another language helps people understand other perspectives and makes us more open to people from backgrounds that are different from our own.

“Languages influence the way we see the world,” Bentahar said. “Speaking another person’s language helps us empathize. It makes it less ‘other.’”

Ramsdell said the foreign languages department is trying to establish more of a community for students who speak more than one language.

Towson currently offers courses in 12 foreign languages, but Ramsdell said students are only able to minor in five of those languages — Spanish, French, German, Italian and Chinese — but she would like to expand the languages available for a minor. This would depend on student interest.

She hopes that the foreign languages department can foster a sense of open communication and cultural understanding.

Badin said learning another language can break down cultural barriers.

“I challenge people to take it upon themselves to learn more about the world around them,” Badin said. “With hope, I believe that language can overcome the barriers present in the current social and political climate. It takes a sense of compassion, understanding and willpower for people from different languages to see eye to eye, despite a lack of cohesive communication.” 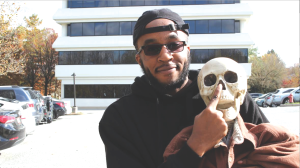 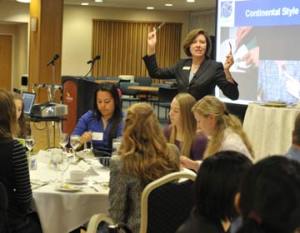