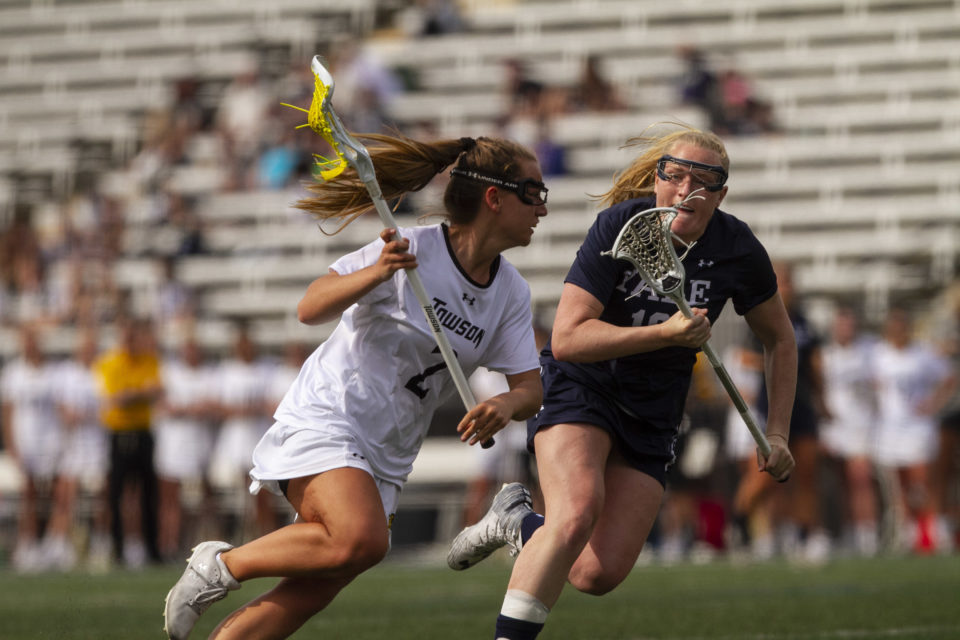 It was a warm afternoon at Johnny Unitas Stadium as the Tigers looked to take advantage of the opportunity given to them. It was a back-and-forth affair for most of the game, and Towson captured its second win of the season against the Yale Bulldogs, 15-13.

“They fought hard today, battled immensely from start to finish,” said Head Coach Sonia LaMonica. “Yale was a formidable team out there today, they threw a lot at us, but I was pleased with how we responded.”

Senior attacker Natalie Sulmonte scored four goals in the first half, helping the Tigers (2-7) jump out to a 7-6 lead going into halftime.

“I think we are all excited,” Sulmonte said. “Today was huge and I think we really needed that for momentum. We had a really good week of practice and I think if we keep the momentum and bring it into this week, I think we will be set if we keep playing how we’re playing.”

Junior midfielder Shelby Stack continues to step up her game for Towson, scoring five goals as well, three of them in the second half.

“She was an outstanding finisher today,” LaMonica said. “It was a great team effort.”

The second half similar to the first. Towson was able to capitalize on a couple of more opportunities than Yale (4-5).

Even though the Tigers forced 21 turnovers in the game, they still had some defensive lapses at times, but they were able to make just enough stops to find a way to win the game.

“Kiley’s like our saving grace,” Sulmonte said. “Nobody has her back, but she has all of our backs. When she’s having a really good game, her momentum pushes us to do better.”

After starting the season with six straight losses, Towson has won two of their last three, which Lamonica sees as a sign of her team maturing.

“We’ve done a lot of learning and growing throughout this part of our season,” LaMonica said. “Now, it’s the time to switch gears and show what we know, execute what we’ve learned.”

The next game for the Tigers will be at Johnny Unitas Stadium on Tuesday, April 2 against No.18 Johns Hopkins with game time set for 7 p.m.

It will be the final game against a non-conference opponent for the regular season before they start CAA play next Sunday, April 7 against No. 10 James Madison. 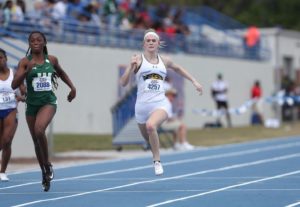