Towson fell to La Salle 62-49 on Saturday, marking its second loss of the LIU Brooklyn Tournament over the weekend.
Senior forward LaTorri Hines-Allen had 29 points in the game and shot 11-for-13 from the foul line. However, Towson (2-4) shot just 28.3 percent from the field and only made one 3-pointer in the game.

The Tigers trailed the Explorers (4-2) 11-6 early in the first half, until a jump shot from freshman guard Breonn Hughey and two free throws from junior guard Dominique Johnson cut the lead to 11-10. The Explorers pushed the lead up to 15-10, but Hughey hit a 3-pointer right after and the Tigers trailed by two with eight minutes left in the half.
Both teams traded baskets and a free throw later on from Johnson cut La Salle’s lead to 21-19. However, La Salle ended the first half with a 10-0 run and had a 31-19 lead to halftime.
Towson made it 31-21 to open the half before La Salle quickly hit a 3-pointer to extend the lead. Hines-Allen helped Towson cut the lead to 36-25 after she scored four points, but La Salle had a 10-3 run after that stretch and extended the team’s lead to 46-28 with 13 minutes left in the game.
Towson attempted a comeback after Hines-Allen scored 10 points in five minutes and cut the lead to 48-40. However, La Salle hit two free throws after Hines-Allen’s run and brought the lead back to 10 points. Towson could not cut back into La Salle’s lead the rest of the game and La Salle ended the game on a 5-0 run.
La Salle controlled the game statistically, including 24 bench points as opposed to Towson’s two.
The Tigers excelled at the free-throw line, though, as the team shot 85.7 percent from the line.
Johnson, who finished the game with eight points, said a good start will make all the difference going forward.
“In order for us to be where we want to be is grabbing these next couple of wins. I believe that we need to come out every game and punch these teams first so we won’t have to play catch-up basketball,” she said.
Towson moves on to a three-game road stretch that features all in-state matchups, including Navy, Maryland and crosstown rivals Loyola.
First up is a game away against the Midshipmen (4-3). The team is on a three-game win streak and is led by freshman forward Sarah Reilly, who is averaging 9.1 points and 7.0 rebounds per game.
Tip-off is on Tuesday at 7 p.m. 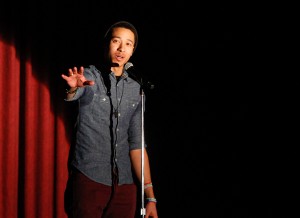