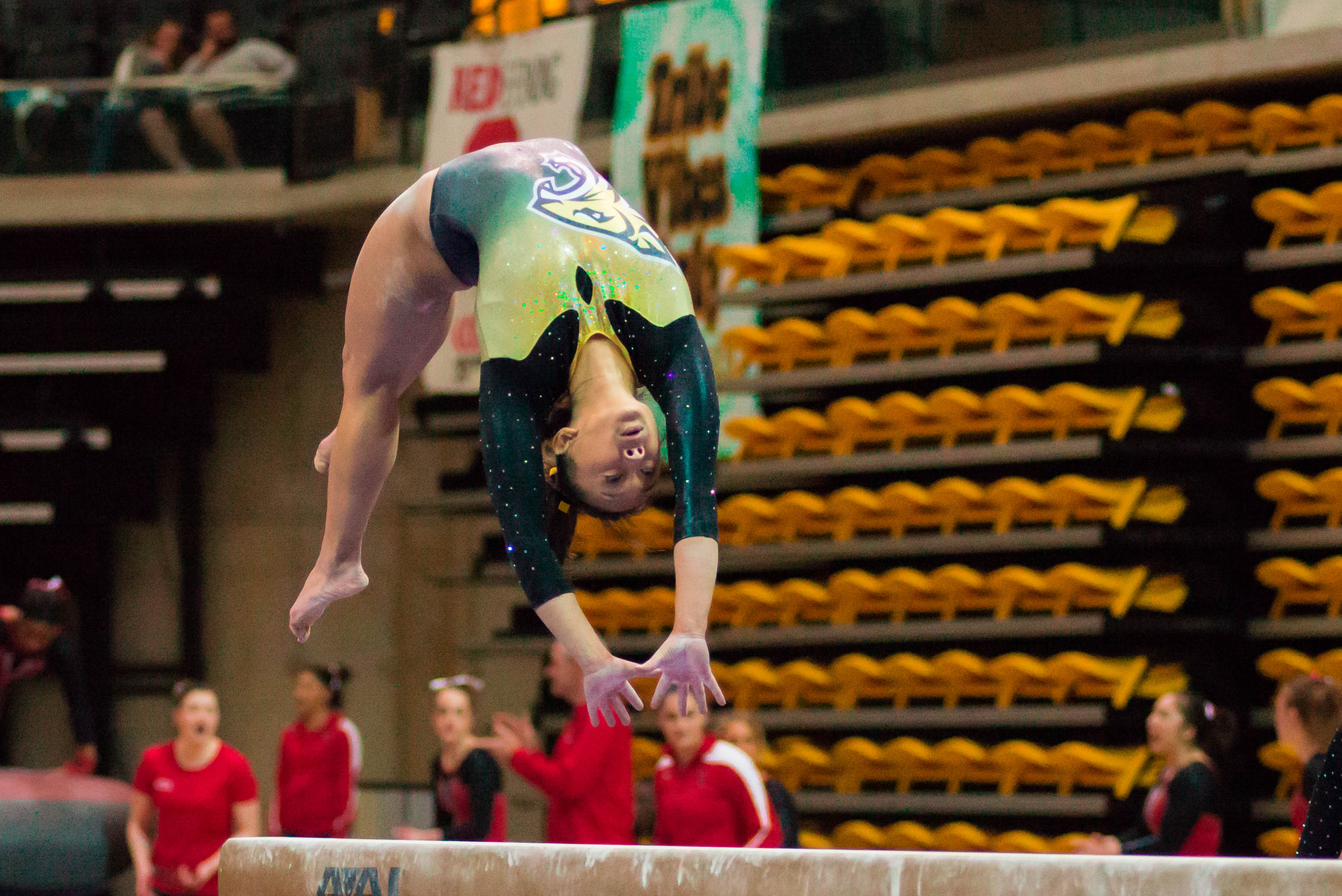 Senior Ally Wesoly competed in the all around for the Tigers in a return to her native North Carolina.The Waxhaw native joined the rest of Towson’s (4-1, 0-0 EAGL) gymnastics team in a matchup with the North Carolina State Wolfpack which NC State (2-3, 1-1 EAGL) emerged victorious in winning 195.650-193.975.

This was a significant moment for Wesoly, and despite expecting it, was still overwhelmed to receive this opportunity.

“After warm-up, I felt pretty good and so I think that was automatically seen by him (Ramirez) for the warm-up,” Wesoly said. “I actually didn’t know until I saw the line-up right before the floor timed warm-up. It was kind of surreal so when I saw my name. I was mentally preparing for it but when I saw it, it was really, really exciting.”

With her family and friends in attendance, Wesoly felt an even bigger morale boost.

“I definitely think it was a homecoming meet for me and just to have that kind of support from my friends and my family is so amazing to just have,” Wesoly said. “It was a ton of fun and to be able to share that experience with them is even better.”

The support seemed to show signs of boosting the effort for the Tigers. Despite a tough fall early on the uneven bars by sophomore Jaz Kaufman, she stayed composed to finish out her routine as she had altered between the high and low bars on her second effort before landing well on the finish scoring 8.4.

“I think Ally stuck the bars, we had three stick [their landings] on the beam which, we didn’t have that last weekend,” Head coach Jay Ramirez said.

Towson knew they had to rebound for their teammates after the early slip and needed five strong consecutive bar routines for the rest of the phase, which they were able to achieve. Led by Wesoly, who earned a 9.80 score, the Tigers averaged a 9.65 score for the rest of the bar routine. They wouldn’t commit another fall for the remainder of the competition.

“Since last meet, many things actually went up,” Ramirez said. “We trained all week on what your form should be when you actually land, how to expect the landing, what to do to feel the ground.”

Sophomore Emerson Hurst’s leadoff score of 9.775 was the strong start Towson needed to match their strong score of last week’s performance on vault, earning a total score of a  performance of a 48.600.

The Tigers best performance was saved for their floor routine. After last week’s showing of a 48.775 in front of their home crowd, the team followed with a second consecutive high score. For Wesoly, she had never completed two of the passes she performed before, but was able to land them and scored a 9.725.

“I was super proud and impressed at what they did on the floor today,” Ramirez said. “Ally’s routine has two really tough passes for her, which she’s never done and she’s never done a double flip pass. That was huge for her. It was actually a pretty emotional time for us.”

Despite the loss to the Wolfpack, Ramirez felt the team showed many encouraging signs that can lead to success in the long run.

“I think honestly our improvements are gonna come with experience,” Ramirez said. “It’s hard to have such a young team and to be putting together new lineups pretty much every single week, our lineups are changing because different people have earned their spot into the lineup.” 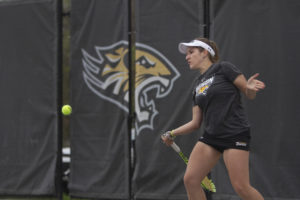 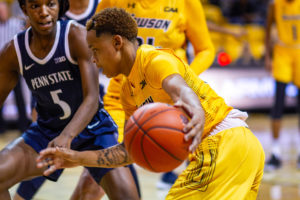