“It’s On Us” is a nation-wide campaign that aims to reform the way people view sexual assault.

Recently, Towson’s Student Government Association has been taking the lead on this campaign among Maryland universities.

“We want to get the message out that sexual violence and sexual assault happen more often than we think,” SGA Director of Legislative Affairs Nicole Psoras said. “It’s important to report it when it does happen.”

“It’s On Us” was first brought to Towson by SGA Deputy Chief of Staff Brandon Wharton, who heard of it through the University System of Maryland Student Council.

“It was an initiative that was brought up to the council and from there it was something that Towson University showed a very big interest in,” Wharton said.

Students can also take the pledge on itsonus.org to help stop the issue.

Towson’s second “It’s On Us” PSA video, which focused on the topic of consent, was filmed on Thursday and Friday.

According to Wharton, Towson’s participation in the campaign has been recognized by the Maryland Higher Education Commission.

“We were at a MHEC meeting a few weeks ago, and now they want us to produce the video that they want to have at the council,” Wharton said. “It’s great to see that Towson has been taking the lead on this because it’s really all about awareness.

According to Psoras, students have been very willing to participate.

“We’ve had a lot of participation from students, whether it’s doing a video, or just taking the pledge,” Psoras said.

Wharton said that students have taken notice of the campaign.

“I think that there is a great sentiment among the student body that this is something they want to get involved in,” he said. 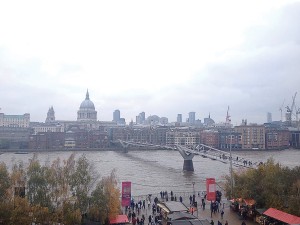