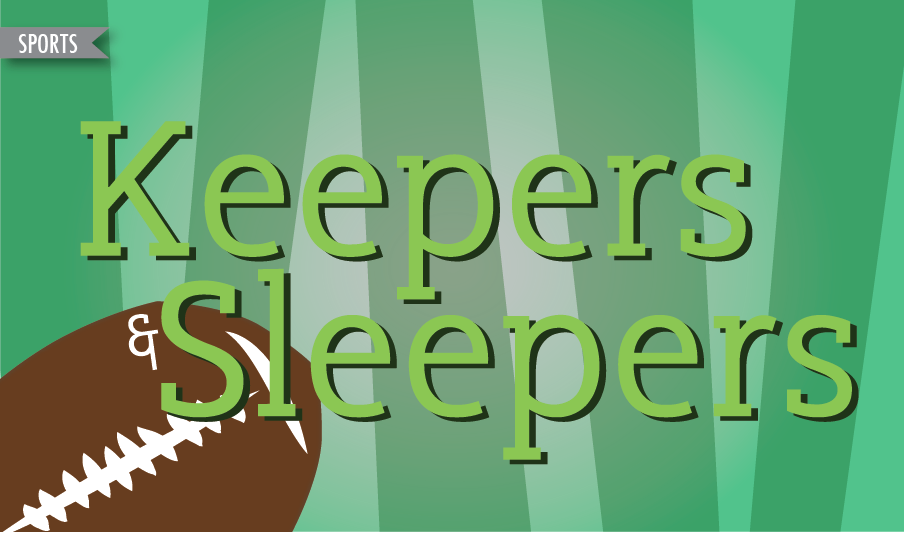 With Week 10 in the books, sights are set even closer on the playoffs. The shakeout is starting to take place among teams as we are seeing teams emerge as playoff bound studs and sleepers. With two teams remaining undefeated in the league, the Patriots and the Panthers are heavy favorites to potentially go deep into the playoffs.

All while that commotion is going on, we are seeing tough races take place for other divisions. The AFC South is up for grabs as the Colts are as inconsistent as they’ve ever been and now without their starting quarterback, Andrew Luck, for what looks to be five more weeks. Also with the Texans finding ways to win they can move past the Colts in the standings.

The NFC North is not what most people expected as the Vikings are a surprising 7-2 in the standings and the Packers look to have become sluggish on offense, usually their best unit on the field.

As for the NFC East, you can make an argument for any team to come out on top of the division. The Giants are playing good football behind Eli Manning and their explosive weapon in Odell Beckham Jr. The Redskins are becoming a well-rounded team while depending on the uprising of Kirk Cousins and following the hype of the “You like that!” motto. The Eagles seemed to have lost their quarterback, Sam Bradford, for quite some time but they are in a familiar situation with Mark Sanchez now at the helm of that potential high power offense.

As for the Cowboys, they will be getting a much needed piece of the puzzle back with quarterback Tony Romo, as he makes his way back from his injury. He’s now faced with the fact that they cannot afford to lose any more games, but it’s possible due to their schedule.

With the Ravens having the hardest time trying to win a game, it seems they have hit rock bottom with the devastating loss to the Jaguars.

As for fantasy, we’ve seen highs and lows for just about every player in the fantasy world thus far. In Week 10 of the NFL a total of 583 points were scored throughout the league. Although it seems most of these points aren’t coming from those players we would think, it seems to be a wide spread of players as teams are spreading the ball around and everyone is getting touches.

Quarterbacks (QBs) in Week 10 seemed to have their performance make or break the outcome of their game.

Kirk Cousins led the Redskins to a statement victory over a tough Saints team, as he finished with a perfect 158.3 passer rating with 4 touchdowns (TDs). A slightly injured Ben Roethlisberger didn’t start the game but came in because of injury to Landry Jones and led his team to victory with 379 yards and 3 TDs.

Johnny Manziel made his statement clear that he’s a worthy professional QB with 379 yards and a touchdown. As for Tom Brady, he continues to stay consistently one of the best in the league with 334 yards and 2 TDs.

Wide Receivers (WRs) in Week 10 had huge games for their teams and accounted for a majority of their team’s offense. Two Steelers WRs stole the show Sunday as Antonio Brown recorded 139 yards and 2 TDs and Martavis Bryant had 178 yards and a TD. Also two Cardinals had great days as Michael Floyd managed for 113 yards and 2 TDs and Larry Fitzgerald had 130 yards. Other WRs with great weeks were guys like Brandin Cooks, Doug Baldwin and Odell Beckham Jr.

Tight Ends (TEs) in Week 10 seemed to be TD machines. Zach Miller has come out of nowhere and put up 107 yards and 2 TDs. Rob Gronkowski managed 113 yards and a TD, Jordan Reed had 29 yards and 2 TDs, while Brent Celek recorded 134 yards.

QB- Kirk Cousins (WAS) – Cousins has been very consistent here of late and has found the key to winning ball games, don’t turn the ball over. That was a downfall to his play last year, but he’s seemed to figure it out.

QB- Tyrod Taylor (BUF) – Although, he plays a good Patriots defense, their defensive backs have been letting up a lot of fantasy points to opposing QBs. Taylor will be forced to throw the ball a lot and this should be an interesting game for him.

RB- Matt Jones (WAS) – He put up monstrous number in Week 10 and he looks to be getting a majority of the touches in the Redskins’ backfield. A good performance from him against the Panthers will put him on the map for sure.

RB- T.J. Yeldon (JAC) – Yeldon is probably sitting on most people’s bench at this point but a strong Week 11 looks to be in his future. Look for his touches to increase from here on. If he’s not on the waiver wire try and propose a trade for him before he starts to explode.

WR- Brandon LaFell/ Danny Amendola (NE) – Now I am putting these two receivers in the must add category due to the fact that number one receiver Julian Edelman may be out the remainder of the season. With Brady averaging what seems to be 300 passing yards a game, these will be heavily favorite targets behind Gronkowski.

TE- Eric Ebron (DET) – With the Lions realizing that they have zero running game whatsoever, this forces the pass, and Ebron looks to emerge.

With our eyes set on Week 11 in the NFL, we find ourselves looking toward these match ups to come. These match ups will be exploited this week, as we should expect to see high power offenses putting up big time fantasy points. Be careful selecting defenses this week because so far this season we’ve seen outbreaks of offensive power, so I advise you to be very courteous to the opposing team’s previous stats.

Week 11 holds promising futures for NFL teams and especially your fantasy teams, but at the same time, this may just be a make or break week in the NFL. Be wise, fellow fantasy owners! Join the discussion with us! Best of luck this week!