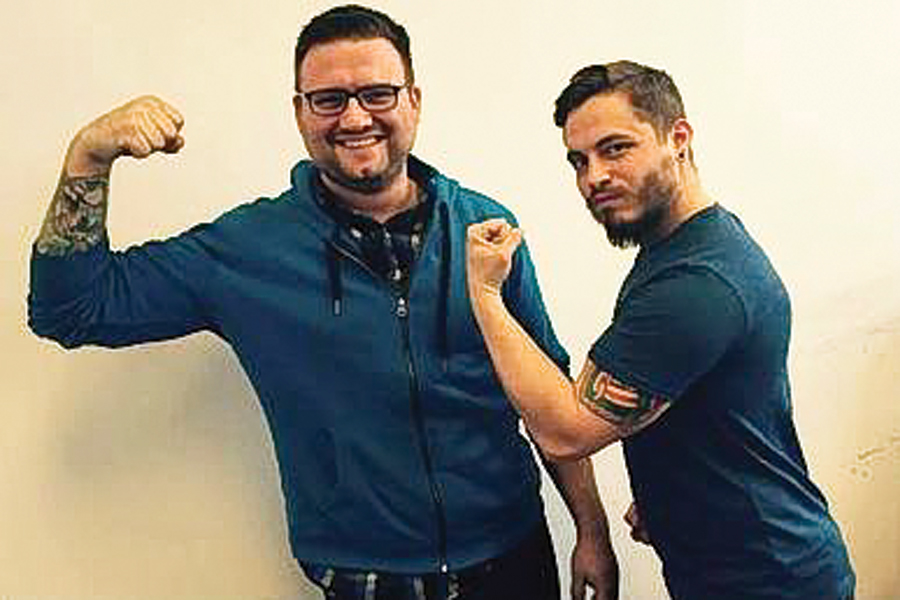 Colorectal cancer is the number two cancer-related killer of both men and women in the U.S. today behind lung cancer at number one.

It will kill 50,000 people this year, and 150,000 people will receive a colorectal cancer diagnosis, according to Dustin Brians, one of the founders of the Kickstarter campaign funded project “The Buttfolio.”

The project, which has raised $7,650 thus far, features photographs of the naked butts of individuals under the age of 50 who have been affected by the cancer. Brians and Towson alum Ben DeHan hope that the photos and stories featured in “The Buttfolio” will raise colorectal cancer awareness.

“This demographic is seeing some of the most dramatic upswing in occurrences and deaths,” Brians said. “We want to lighten the mood surrounding the subject, and make it easier to talk about.”

DeHan’s grandfather passed away last year after he was diagnosed with colon cancer, according to Brians. DeHan also has a young cousin who has been diagnosed with Lynch Syndrome, which is known to lead to colon cancer development.

However, it is not only a personal stake in the problem that inspires Brians and DeHan to take on this project. They both want to shed light on the jarring facts surrounding colon cancer.

“Colon cancer is one of the most treatable and beatable cancers if it is detected early,” Brians said. “Often times, people ignore their risk factors and put off screening, and by the time symptoms show up, it is often too late. You are not even recommended for screening until you are 50.”

Brians and DeHan are working as a team to bring this project to fruition, and are both deeply invested in their work.

Along with the support of the contributors to their Kickstarter campaign, Brians and DeHan have the support of Georgia Hurst, the founder of the website ihavelynchsyndrome.com.

Hurst, who was diagnosed with Lynch syndrome four years ago, has made it her mission to inform the public about her experience.

“I currently received my non-profit status and am on a mission to educate doctors and the public about Lynch syndrome and other hereditary cancer syndromes,” Hurst said.

She feels strongly about the cause behind “The Buttfolio” and has featured Brians and DeHan in her blog in honor of March’s Colon Cancer Awareness Month.

“I love progressive advocacy measures and I think their book is a stellar example of one and a remarkable way to bring attention to this pressing health issue,” Hurst said.